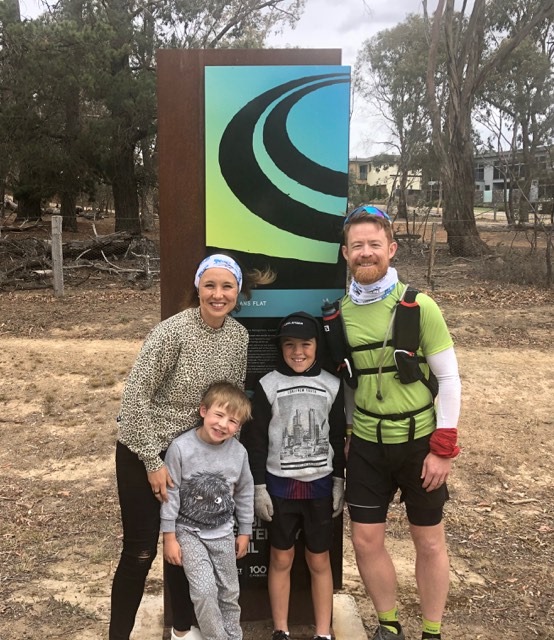 The Codringtons. A family that runs together … Photos: Supplied.

“I hope I’ll be coming down this hill at the end of this run. 148 km or so later – an entire loop of the [Canberra] Centenary Trail. Sometime tomorrow. Hopefully. Who knows how long it will take, or if I even get close to finishing it at all.” So posted Brendan Codrington just before he embarked on a gruelling 23-hour overnight run this past Sunday night.

“I have no idea how this will go. To say I am nervous would be a drastic understatement. It’s going to be a long night and day tomorrow as I attempt this thing. There will be dark patches, walls and holes to push through. I will question my sanity multiple times.

“But it’s not about me. I’m doing this as a part of the Run Against Violence campaign. Domestic violence and abuse can be talked about. It needs to be talked about. Just like other forms of abuse, or mental health, or inequality, we need to and can tackle any stigma around the topic and bring it into a space where those affected are heard, supported and can seek help.”

Brendan ran throughout Sunday’s cold and blustery night, completing this huge physical and mental challenge on Monday afternoon. Afterwards, he described the experience in visceral terms. 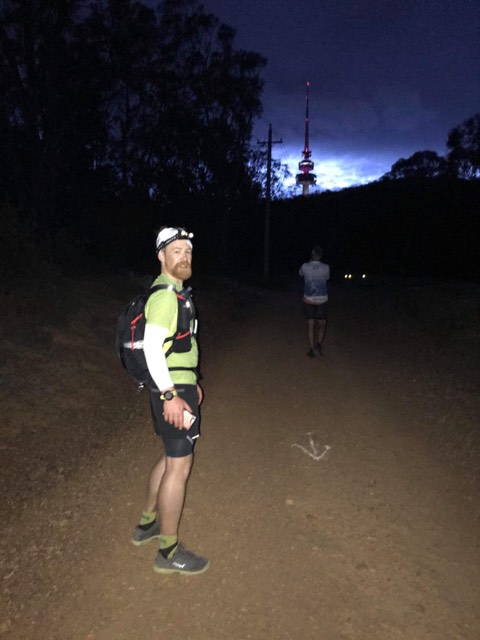 “By the end, each step is a mental thesis of what must be done to keep moving. The first 60 kilometres seem like a lifetime ago, another run in another galaxy. The next 60 haunt you. And these now are a Mobius strip of flatline. A boulder that you wouldn’t usually deem fit to sit on now looks like a pillowy throne. You close one eye and half-close the other, discovering you only need the remaining half an eye open to see enough.

“To finish, then, seems otherworldly. It is all you have been thinking of, hoping for, striving towards, yet now you have reached it you have very little capacity to take it in.

“You are, somehow, mercifully, back where you started.” 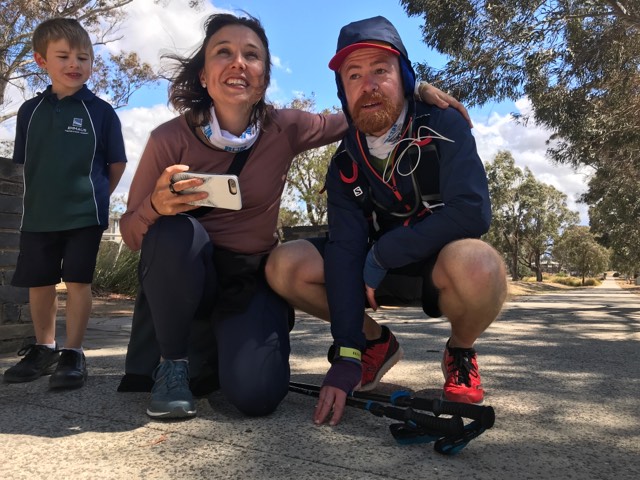 Brendan with some of his proud, supportive family.

Brendan is one of thousands of ordinary people who, united by the same cause, began running and walking with a purpose.

“Run Against Violence is a virtual event where we log kilometres as a team, running the distance between Broken Hill and Sydney (1300 km) between November 22 and December 10, raising awareness and starting conversations about domestic violence,” his wife Liesl explains. “Domestic violence is real and it happens. Having a conversation can change someone’s world. So can running, especially for mental health. Combining the two equals a fabulous virtual event.”

Teams can include up to 20 people. Four of this year’s teams, including Brendan and Liesl’s team, the Gunrunner Respectorials, are Canberra-based. 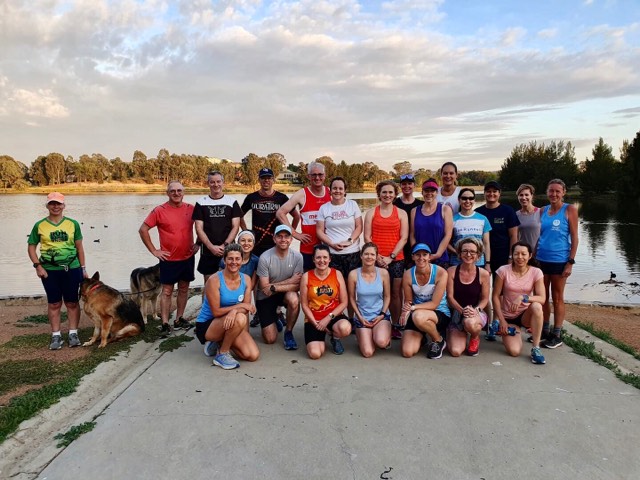 Each team’s combined distance takes them on a virtual route from Broken Hill to Sydney. This is the 1300 km route that marathon runner Kirrily Dear ran for real in the 2017 StepsTogether Ultramarathon to spotlight the often silent victims of domestic and family violence.

The Broken Hill to Sydney route is symbolic for several reasons. It connects 25 uniquely different communities, from urban areas to remote regions, reminding us that family violence impacts Australians across the country, across socio-economic, racial and gender divides. The route is 1.7 million steps, which is the number of Australians thought to have experienced physical violence before they turn 15 years of age.

This awareness campaign seeks to be a catalyst for conversations that break down stigmas and bring hope and the beginnings of change and healing.

Liesl, who brought together the Gunrunner Respectorials, says the support has been phenomenal.

“The way our community has come together around this cause has been amazing. There has been the most beautiful show of support – for the cause and for each other. I couldn’t be more thankful for this experience and for all the kilometres we have logged together. The conversations and community built through this event is something else. We will be back next year, of course, and hope that more teams around Canberra will join in this virtual event, raise awareness and start conversations. That’s what it’s all about.” 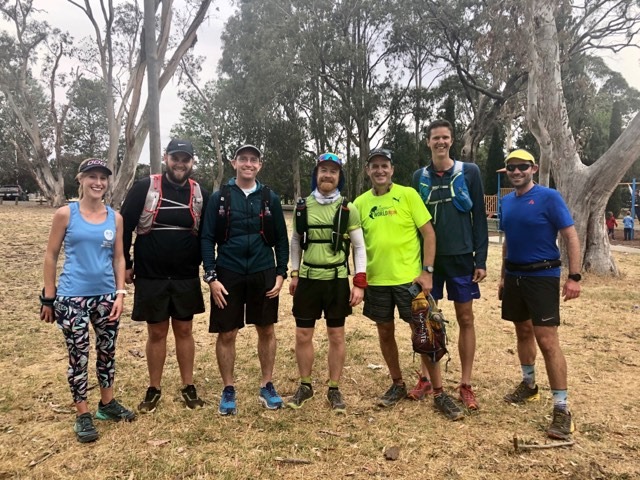 Some of Brendan’s friends who supported him through the run.

Find out more about how you can be part of a Run Against Violence team and prepare for 2020’s run.

David Jenkins - 16 seconds ago
Road rules aren't the same as licencing 🤷‍♂️. Make up your mind which you're going to have a whinge about. Given hor... View
Claudio Neumann - 4 hours ago
Jesse Pricsina I feel these vibes very strongly. also get off my lawn darn kids with their scooters View
Michael Ilsley - 5 hours ago
I love scooters, fabulous! View
News 25

Phil Ebbott - 4 minutes ago
Robert Knight that's an opinion Rob. I'm guessing you don't like the Sirius building in Sydney either? View
Robert Knight - 28 minutes ago
Gill King oh, I get it. I grew up here and spent many a weekend night watching movies there. I understand it’s cultural val... View
Virginia Dodson - 2 hours ago
Let’s hope it’s heritage listing has more credibility than that of Anzac Hall at the War Memorial. Terrific that an inter... View
News 12

Domestic and family violence is a reality for LGBTIQ+ people: here’s how to get help