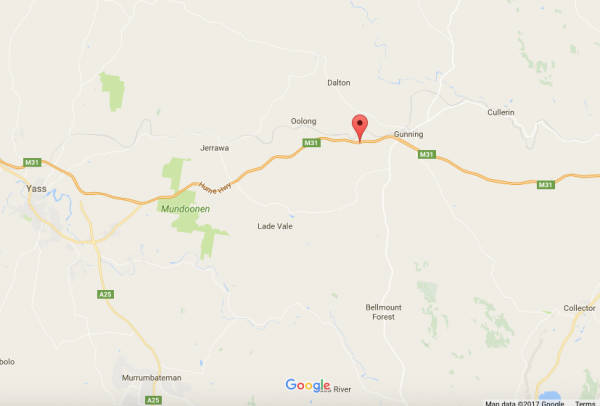 Two men and woman, all believed to be in their 60s, died while in an in-ground cement water tank on a rural property near Gunning last night.

Police understand one of the men collapsed while working in the tank at the property on Veterans Road, leading to the second man and the woman attempting to assist him before collapsing themselves.

A neighbour contacted emergency services at around 6.20pm.

Officers from The Hume Local Area Command established a crime scene which will be examined by forensic officers, but police are not treating the three deaths as suspicious.

A brief will be prepared for the information of the Coroner.

Very sad and unnecessary loss of lives just noticed this now, confined spaces are very dangerous places and claim a-lot of lives i hate to do a plug here but seriously don’t enter a tank without a gas detector and proper training if you need a tank cleaned you can find us at http://www.sydneytankcleaning.com.au

I knew Richard when we both worked as ACT motorcycle instructors. A nice guy. A very sad loss.

News reports the three deceased members of the Basnett family have a surviving 102-year old mother/mother-in-law who also lives on the property. What a stage of life to lose your three closest relatives.

Judy Gilchrist - 10 minutes ago
Scott Firman This could be your plan for a knock down rebuild. Looks nice🤣🤣🤣... View
Sarah Tozer - 9 hours ago
Megan Moss an alternative View
Jan Fazey - 11 hours ago
John Kerry, I love it View
ACT Election 105

Brenton Higgins - 56 minutes ago
Joshua we’ve had two elections on that already. Canberra decided. View
Jayne Denise - 1 hour ago
Sean Bishop I am a reformed anti-tramer. Northborne is so good now with less cars and less buses. 👌Coincidentally, I work... View
Joshua Andrew Morgan - 8 hours ago
Jayne Denise or just CAN the TRAM View
News 43

John Coleman - 18 hours ago
Gai Hodgson Wilson consider it a reminder that we live in a democracy. They're up for a few weeks. If they stay up, there's f... View
Joe Zuzek - 19 hours ago
SP Brogues They are recyclable and I believe most parties will recycle their signs. View
Jason Preston - 20 hours ago
Thank you for the election proliferation of corflute signs I’ve got enough stakes for my tomatoes now 🤪... View
show more show less
*Results are based on activity within last 7 days

@The_RiotACT @The_RiotACT
An 18-year-old man has died of stab wounds, while another man is being treated in hospital following an incident at a Weston Creek skatepark overnight https://t.co/RifOmix9wN (15 minutes ago)

@The_RiotACT @The_RiotACT
Fyshwick’s Designer Op Shop Emporium is a cornucopia of surprises, and its fabulous Emporium Espresso café is no exception https://t.co/P1xL5LBUJ0 (52 minutes ago)