To Russia with love: How you can help young Tahyla Smith make Australia proud 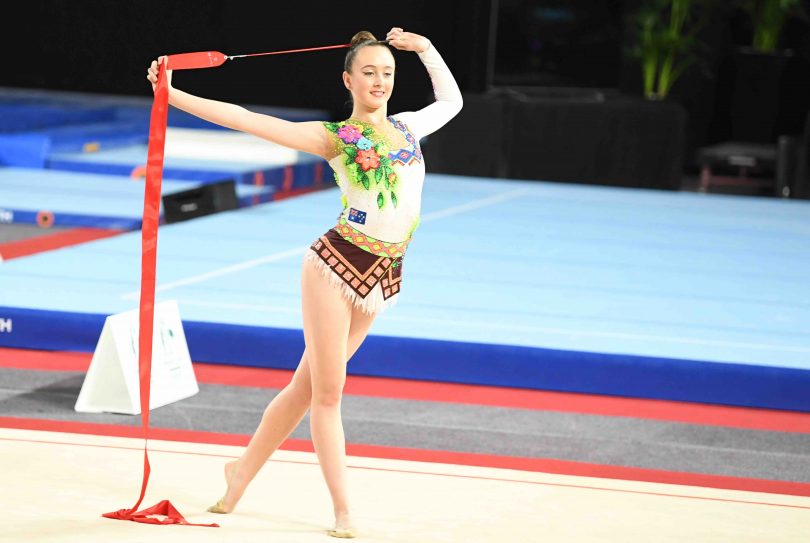 Tahlya Smith and her five teammates are headed to Russia. Photos: Supplied.

As soon as seven-year-old Tahyla Smith laid her eyes on the twirling red ribbon and spinning hoop, she fell in love with rhythmic gymnastics.

Since that moment, Tahyla has spent 27 hours training each week, turning down parties to spend her time in the gym working on her routines.

Now eight years on, Tahyla is adamant all the hard work and literal blood, sweat and tears were worth it after she was selected by Gymnastics Australia to represent her country at the Rhythmic Gymnastics Junior World Championships.

“I was doing swimming at the time, and across the road, there was rhythmic gymnastics,” Tahyla recalled. “Every time I would come out of swimming I would see the girls doing rhythmic gymnastics, twirling the ribbons, throwing the balls and hoops and I thought it looked really interesting.

“After a while, I finally decided to have a trial and one of the coaches put me into level two which is a bigger step and it just kept going from there.”

It has been a whirlwind couple of months for the Smith family, who were only told their daughter would be headed for Russia four weeks ago.

“This has all come about very quickly for us,” her mother Chae Smith shared. “There is a team of five girls with Tahyla and the team has been together since mid last year in Sydney. In May, they realised that they needed an extra person in the team to provide backup for injuries or something like that. 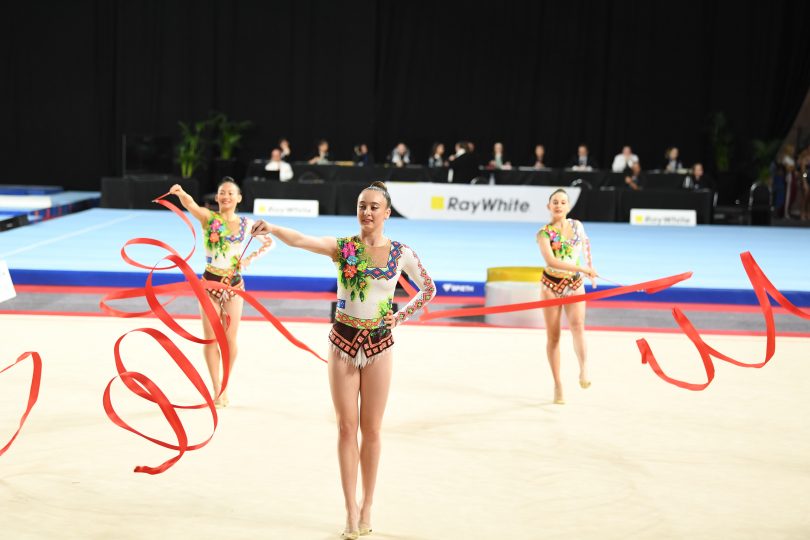 Tahyla’s blue-ribbon performance earned her a spot in the World Championships.

“So they called on Tahyla to see if we could make it work. The girls were due to compete at Nationals on the 1 June so essentially Tahyla had to learn an international routine in 12 training sessions.

“The team took out gold at Nationals so they got selected to represent Australia in Russia. Our journey has not been as long as theirs so we have had less time to save up and fund her trip overseas.”

So her parents set up a GoFundMe page to help their daughter’s dream of representing Australia come true.

“It is amazing to see what the community can do, especially in Canberra,” Chae said.

“She has often sacrificed not going to parties because training is the next day. For the last four years, she has spent six hours every Saturday at training.

“It would be amazing if the Canberra community could help her dream come true.”

Hey Andrea, no - Sarah does artistic gymnastics not rhythmic

Claire do you know this girl?

Chris Prentice - 16 minutes ago
Matthew Soall But it is a business. View
James Vetos - 45 minutes ago
A committed centre of learning excellence... Nope, a one trick business struggling under a poor business model. Should be ash... View
Liam O'Toole - 3 hours ago
Emphasis on international students. ANU is discovering the results of putting all your eggs in one basket. View
News 22

Gill King - 2 hours ago
Something doesn't have to be attractive to be important for heritage. I understand the cinema part of the building was ground... View
Shane Wiseman - 5 hours ago
Robert Knight jetsons had quirky style. This is up there with Campbell Park for fugliness... View
Phil Ebbott - 6 hours ago
Donna Hofmeier that particular style is better represented by, and protected in buildings like the old bus depot. View
Opinion 66