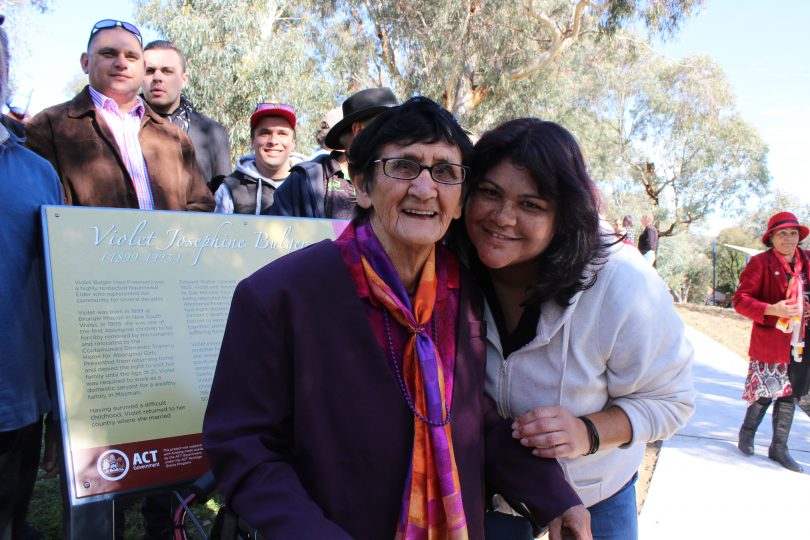 Aunty Agnes Shea will accept the 2018 National Trust ACT Heritage Award on behalf of her family.

Tuggeranong Arts Centre is delighted to have received two awards acknowledging the work of local artists and communities in recent projects delivered through the Centre’s Community Arts and Cultural Development program.

In 2017 with the support of a grant from ACT Heritage, TAC worked closely with artists Tony Steel and Brett Carpenter and the Ngunnawal community, especially the Shea/Walker family and the Centre’s patron Aunty Agnes Shea, to create the Violets Park installation.

The installation, called ‘Meeting Place’ provides a place for the broader ACT community to gather and acknowledge the important role of the Ngunnawal people as the custodians of the Canberra region.

The accompanying signage, which tells Violet Bulger’s life story, from her forced removal as a child to her work as a highly respected Ngunnawal Elder, plays a vital role in documenting local Indigenous history.

The Centre is delighted that the project has been recognised and looks forward to providing the opportunity for Aunty Agnes Shea to accept the award on behalf of her family and community at a special ceremony with Minister for Heritage Mick Gentleman. 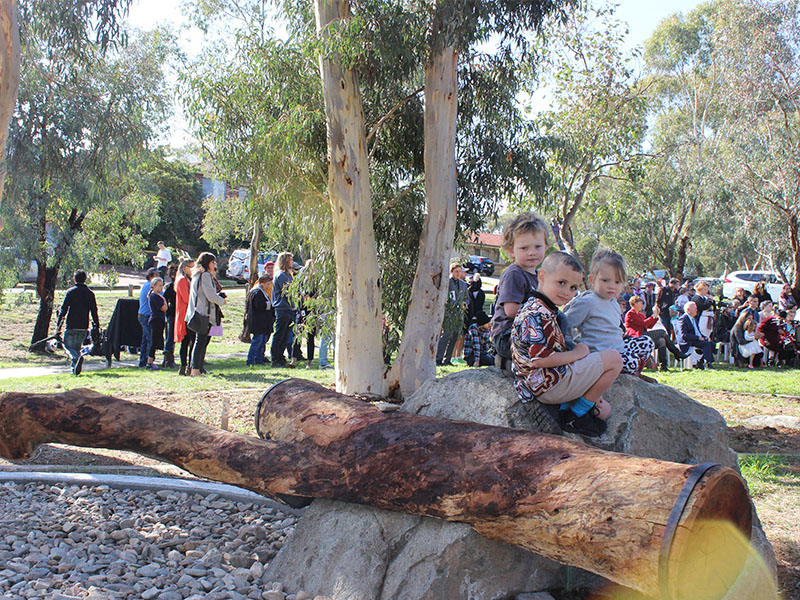 Another project, which has also recently received an award is the Just Like Clockwork children’s musical. This self-devised musical was written and developed by a group of local children aged 7-14 years working with musicians Tim and Nathalie Bevitt.

Over six months, the participants worked closely with Tim and Nathalie to create the story, produce a script, rehearse and eventually perform their musical to two sell-out audiences in the Tuggeranong Theatre.

This project was nominated for an ACT Children’s Week Community for Children Award. The award acknowledges outstanding contributions to young people in the community and in particular, the nomination recognised the importance of investing not only in the skills and talents of children but in their imaginations. 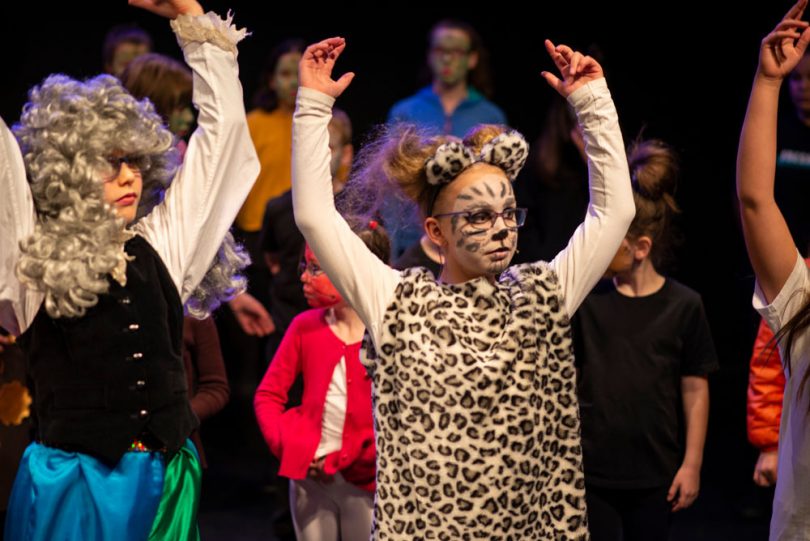 TAC CEO Rauny Worm says, “we are very humbled to have received these awards acknowledging the contributions that these programs have made to the community. But more importantly, we are delighted that the talents and efforts of the communities we work with have been recognised. We never cease to be amazed by the depth of talent and enthusiasm in the Tuggeranong and broader ACT communities and it is wonderful to see that commended.”

TAC invites the community to celebrate these awards and all of the Centre’s achievements in 2018 at a special event at 6 pm on Friday 7th December.

The Centre will also use this occasion to officially launch their 2019 Artistic Program.