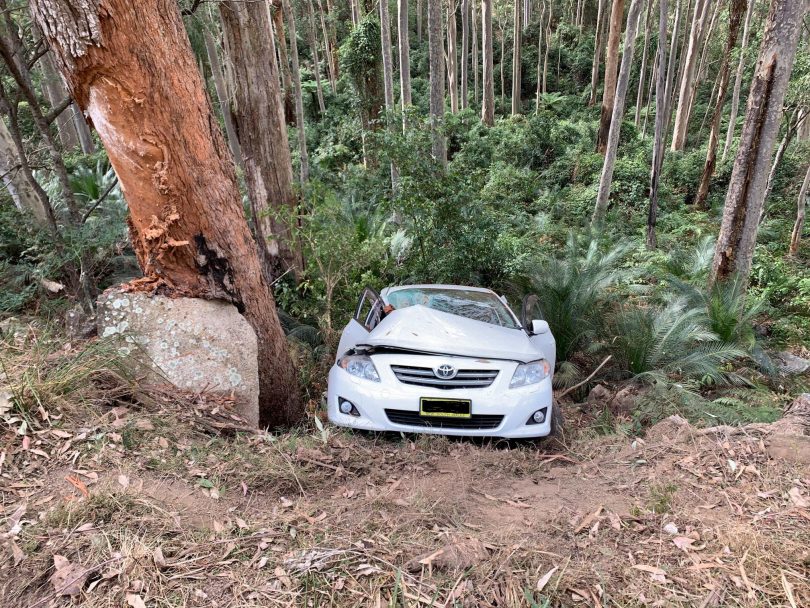 The driver of this white Toyota Corolla was very lucky to escape after colliding with a tree on the Kings Highway on Tuesday. Photos: South Coast District Police.

Two motor vehicle accidents within 90 minutes and less than one kilometre of each other on Clyde Mountain has prompted officers from South Coast Police District to reinforce the need for safety headed into the weekend.

Chief Inspector Rick Flood of Batemans Bay Police, said that on Tuesday, 27 August at 9:40 am, a white Toyota Corolla sedan veered off the road, 800 metres east of Lyons Rd on the Kings Highway before Nelligen in slippery conditions.

“The vehicle spun, before going backwards down a cliff. The vehicle collided with a large tree and came to rest in the scrub,” said Chief Inspector Flood.

The 61-year-old female driver from Batemans Bay climbed back up the cliff in an attempt to wave down passing motorists. Several passed without stopping.

The driver eventually made contact with her husband who drove her to Batemans Bay hospital where she was treated for a fractured collar bone, several broken ribs and minor cuts. The driver was later transferred to Bega Hospital.

The driver of a silver Ford Territory lost control of the vehicle before it rolled and hit an embankment. The female hit her head on the windscreen and sustained bruising, but was not seriously injured. The car was towed away.

“These accidents are a reminder to drive safe, especially if you are heading to the coast this weekend,” Chief Inspector Flood said.

“Most importantly, it is a reminder to please always drive to the conditions to stay safe on our roads.” 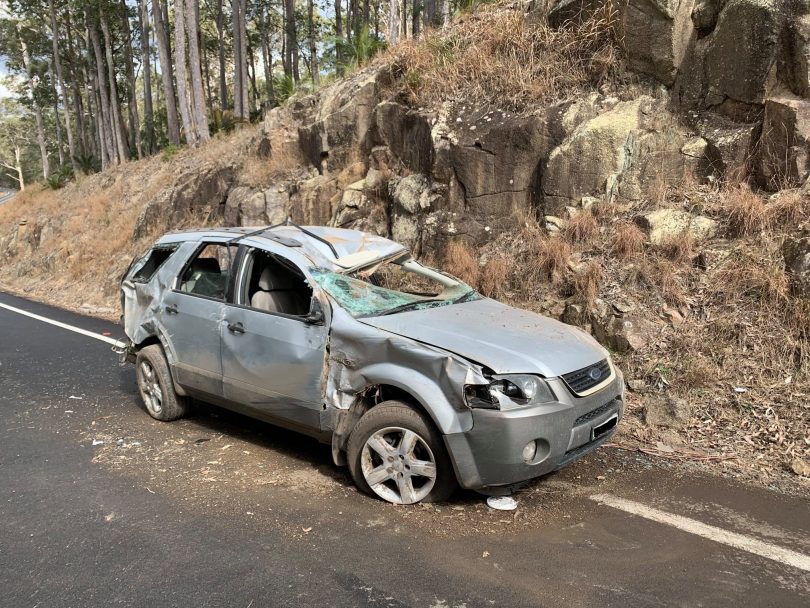 The driver of this silver Ford Territory rolled her vehicle 700m from the scene of the earlier accident.

They are not “accidents”. They are “incidents” occasioned by negligence or mechanical failure.