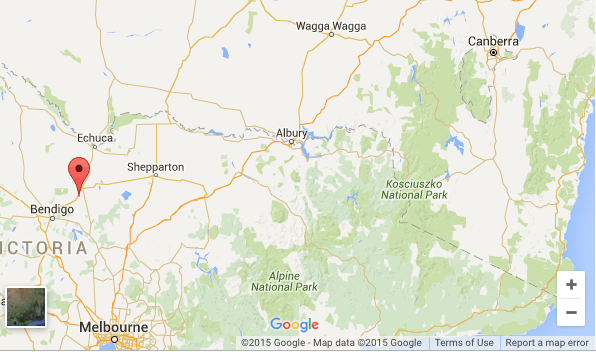 Victorian Police are investigating the circumstances surrounding the double fatality in Avonmore, and said yesterday that it appeared two cars, travelling in opposite directions, collided on the Midland Highway about 150m north of Lanmore Road about 1.15pm after one vehicle veered onto the wrong side of the road.

The Bendigo Advertiser reports that a 61-year-old and 48-year-old died at the scene. The women had reportedly been travelling home when their Nissan Pulsar collided with a silver Holden.

Police said neither vehicle was travelling over the speed limit so fatigue or distraction were the likely cause of the accident.

Jared James - 33 minutes ago
If the Liberals ever got into power in Canberra they'd sell everything off, wreck everyone's lives and then blame Labor! View
Charlie McDonald - 2 hours ago
Bethany Williams Meanwhile the rates and land tax continue to skyrocket and consequently rents are skyrocketing as well View
Margaret Freemantle - 11 hours ago
Got to be kidding to vote Libs in Canberra!! View
News 2

Paul South - 36 minutes ago
This argument is bushes in front of the trees . Since when has a crown fire started due to a logging dump ? Bunch of bloody c... View
Fiona Dickson - 13 hours ago
Really the only answer is to stop logging. Removing debris is also damaging. View
News 13

Carole Ford - 49 minutes ago
Are we any nearer to agreeing on a location for a Southside crematorium / natural burial cemetery? The need is there, as our... View
Bella Twine - 11 hours ago
i should hope not its not humane ot legal to bury living people. View
Phil Andrews - 12 hours ago
Or anybody living outside the 10km radius Michael Ward 🤣 View
News 7

Jean Hardy - 49 minutes ago
Vicky, are you formally exx manger from pacific place appartments View
Margaret Wells - 8 hours ago
Any decisions about the scourge of AirBnB. View
Vicky Gregory - 11 hours ago
Why didn’t they look at the Qld model? Thousands of apartments on the Gold Coast , why be different? View
Opinion 22

Shayne Borger - 54 minutes ago
Canberrans have become a city of whingers and have nothing good to say. Being active and healthy and sport tourism brings $M... View
Damaris Wilson - 8 hours ago
The latest roundabout has just appeared on Masson Street in Turner. It's a nightmare there at peak hour, made even worse now... View
Geoff Williams - 9 hours ago
Triathlon Act feedback... View
News 128

Alan Sargeant - 9 hours ago
Ross MacPherson There are some government services that have tobe provided - health, schools, garbage collection and so on. I... View
News 1

James Forge - 11 hours ago
The pictures of these rocks all look like PhotoShop jobs but I know that they are not. View
News 14

UPDATED: The Bureau of Meteorology (BOM) has forecast possible large hail and severe thunderstorms across the ACT and southern region...
News 128

A weekend of art and culture awaits with Canberra's own Shakespeare by the Lake returning for another season of free...

The ACT Government has announced an extra $4 million over the next four years to help reduce the Territory’s carbon...
News 66

Opposition leader Alistair Coe has asked Canberrans to have higher expectations ahead of this year’s election following the Government’s budget...
News 52

Six new fire and smoke detection cameras that can identify threats behind hills and in forests will be rolled out...
Opinion 22

As the ACT Government prepares for Stage 2 of light rail, fasten your seatbelts because it promises to be a...
Opinion 24

After 30 years as a journalist, I don't often bother getting angry with politicians. I know there are good people...
News 133

The ACT Government is set to spend $200,000 on a feasibility study to determine the best location to build a...

@The_RiotACT @The_RiotACT
A transparent, accountable and robust system is the best way to protect children and young people in the wake of the Child Protection Inquiry, argues Rebecca Vassarotti https://t.co/RwebQXBNdK (1 hour ago)

@The_RiotACT @The_RiotACT
From an all-local lineup bushfire benefit show to Abbey Road Live, here are the gigs worth catching in #Canberra this week https://t.co/ga0VbqGlcI (10 hours ago)

@The_RiotACT @The_RiotACT
A rock blasting company has turned the two boulders that blocked the Snowy Mountains Highway on Brown Mountain into rubble. Here's how they did it https://t.co/PBvLmAUWtR (11 hours ago)