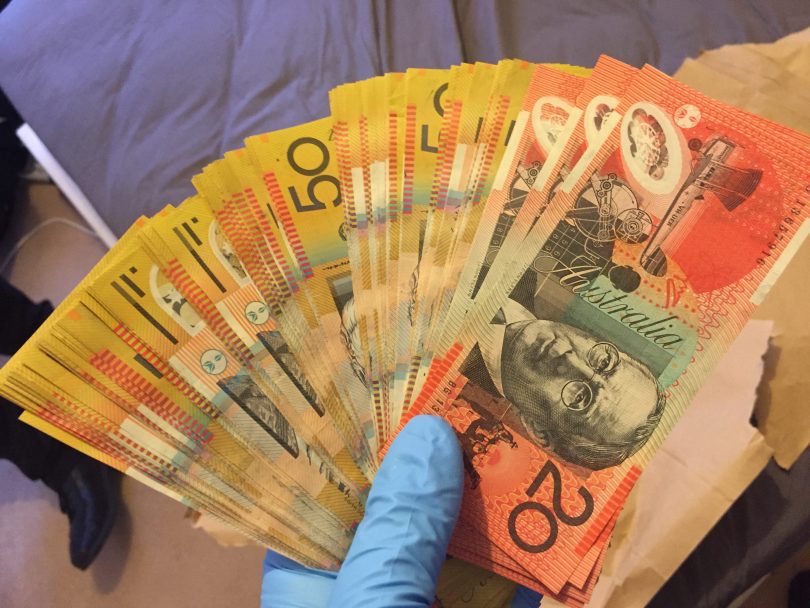 Cash, suspected as being proceeds of crime, seized by Taskforce Nemesis detectives on Friday.

Two men will face court today on firearms, drugs and stolen property charges after raids by Taskforce Nemesis detectives on Friday and Saturday.

On Saturday, Taskforce Nemesis seized a number of stolen property items, including six rifles and over 1000 rounds of ammunition, and drug items from a residence in Flynn on Saturday when they executed a search warrant in relation to a recent burglary.

A man, who was also wanted on a first instance warrant, will face the ACT Magistrates Court today on firearms, drugs and stolen property charges.

Taskforce Nemesis detectives also executed a search warrant on the home of an Outlaw Motorcycle Gang associate in Banks on Friday about 11.30 am after police had responded to an incident. 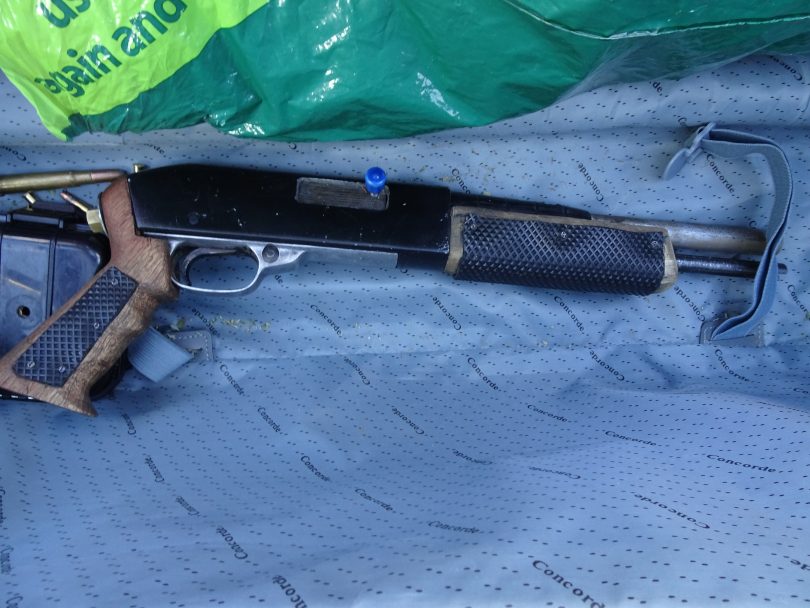 Police seized a sawn-off rifle and ammunition, traffickable quantities of drugs including cannabis and MDMA tablets, prescription medication and cash suspected to be proceeds of crime. 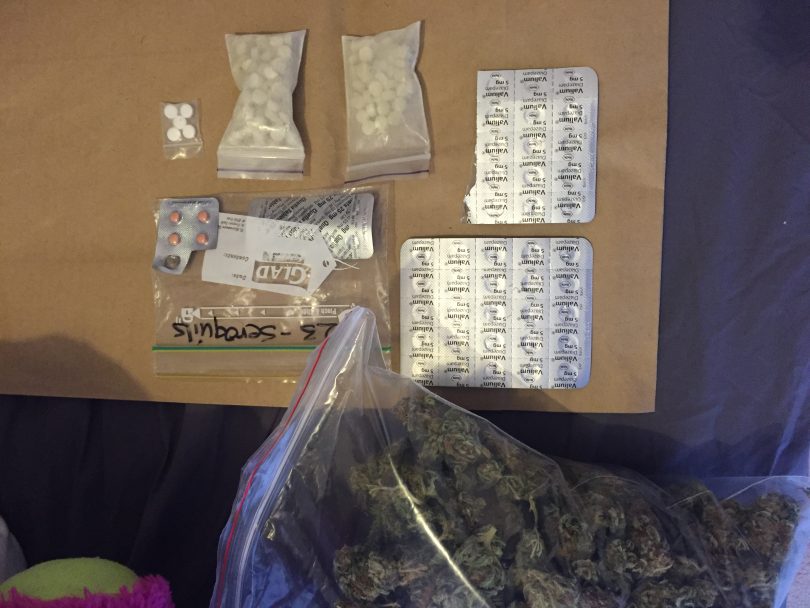 “Disrupting and dismantling the criminal enterprises of Outlaw Motorcycle Gangs and their associates is ACT Policing’s number one priority,” Detective Sergeant Steel said.

Police are urging anyone who may have any information relating to Outlaw Motorcycle Gangs and associates to contact Crime Stoppers on 1800 333 000, or via the Crime Stoppers ACT website. Information can be provided anonymously.

JS9 - 30 minutes ago
So Tim, where is anyone telling you you have to buy an EV now? Noone is, and most will purchase an EV when it stacks up for t... View
Futureproof - 7 hours ago
Great, I'll spend $70k so I can save on my electricity bill View
News 127

Colin Ball - 2 hours ago
Why do they get game consoles?it's meant to be a place for punishment not reward, what about the people who have worked hard,... View
Steve Whan - 3 hours ago
Just curious, do instigators of damage have their terms effected due to vandalism caused? I dont know. Just curious. View
Inca Serrated - 5 hours ago
Not a single mention of the conditions that prisoners are living in... Lockdowns, no family contact for over a year, no meani... View
Community 37

UPDATED: A not guilty verdict was recorded by the jury in this matter. JUNE 16: A man allegedly continued to have...
Property 19