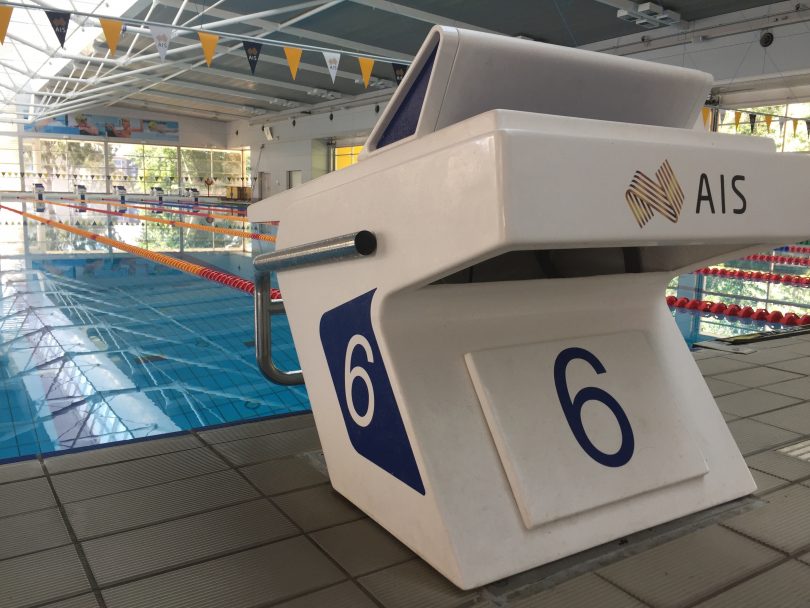 The High-Performance Pool at the AIS. Photo: Eskindir Gavel.

The University of Canberra has dived into the pool as they glide towards becoming the biggest and best sporting university in the nation, with the launch of an inaugural swim club led by a legendary Olympic coach.

The UC Swim Club was launched yesterday (28 February) at the AIS Pool, with Tracey Menzies appointed as the head coach of the club.

Menzies coached Ian Thorpe to gold in the 400 and 200m freestyle – which was billed as the race of the century – at the 2004 Athens Olympic Games, and will now bring her wealth of experience to local adult swimmers.

Starting out as a ‘learn to swim’ coach before taking on arguably one of the biggest challenges in world sport – coaching one of Australia’s greatest Olympic athletes, she will now go back to the basics and put adult aged swimmers through their paces at the AIS.

The club will provide high-level swimming coaching for all aspects of swimming; from training for pool competitions to water polo, triathlon to open water and surf competitions. UC’s Director of Sport Carrie Graf said the aim of the program is to provide elite level training to adult-aged swimmers both from within UC but also to the wider Canberra community.

The club will also provide Water Safety Awareness programs to UC’s International students, which will also be run by Menzies. 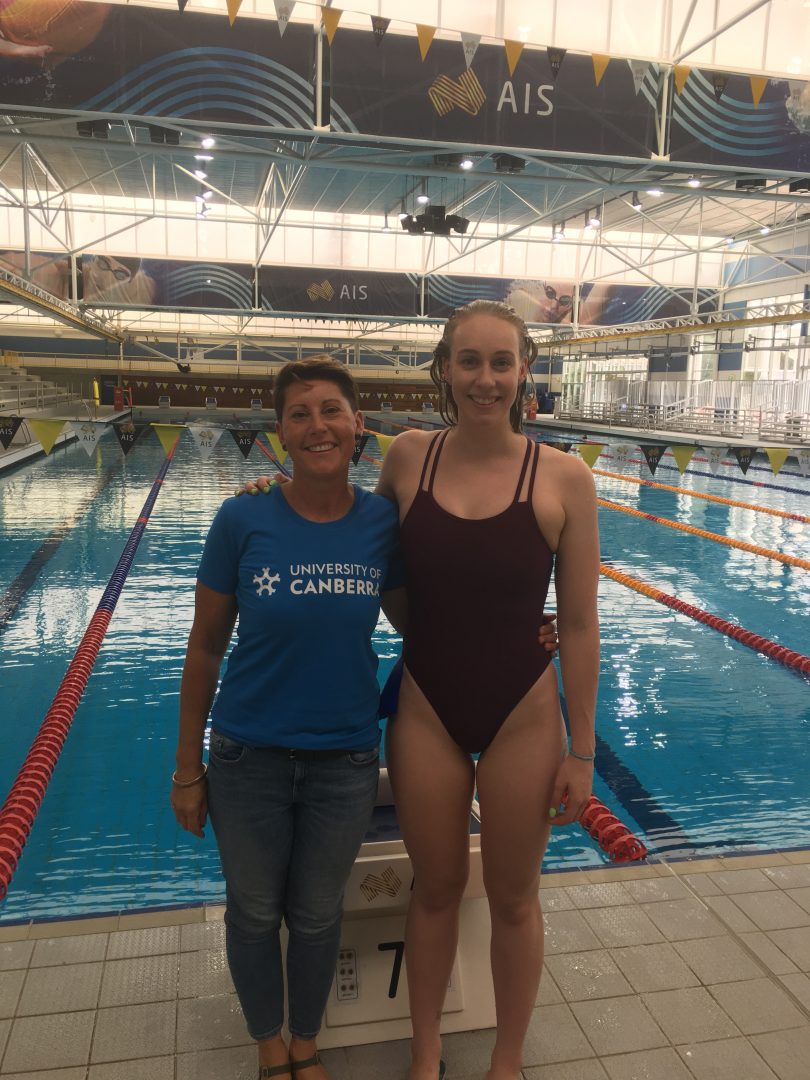 “When a coach of that ilk, is on the market, it is too good an opportunity to not look at,” Graff told Region Media.

“Her breadth of experience from working with kids to Olympic gold medals really fitted what we are about here, providing sport for all levels.

“We have student-athletes here at UC who are swimmers. Hayley Baker, who is a Commonwealth Games swimmer, is a student here but we also have another six or seven students that swam when they were in high school but study got the better of them, so this provides them with an opportunity to get back into the pool.”

UC will run their swim club out of the AIS, and will also use pools at CISAC and the new pool facilities at the ANU.

“Obviously we don’t have a pool on campus but nor do we need one,” she said. “We will hire out the AIS, which is only a footy kick across the road. In terms of access to world-class facilities as well as ‘learn to swim’ facilities, we have three great venues right in our precinct.”

The swimming program will help UC’s bid to become a world leader in sport as the campus becomes home to more elite sport programs, with the Brumbies and reigning WNBL champions UC Capitals and Canberra United running their programs from the Bruce campus.

“As part of building our sporting program, we look at what we are specialists at and who and what do we have the opportunity to partner with,” Graff said.

“Having Tracey Menzies start a swim school for UC speaks volumes about what we are trying to do here, not just with high-performance but sport and physical activity across the board.”

John Moulis - 33 minutes ago
This might surprise you, but there is no full news bulletin for that day November 11, 1975 in existence. TV stations deleted... View
Opinion 8

chewy14 - 37 minutes ago
This article just provides another reason (again) why the government should own almost zero public housing and what it does o... View
News 1

chewy14 - 41 minutes ago
Good, they should make the punishments more severe for these crimes. But this also is the case for violent crimes in many oth... View
Community 1

Amanda Fisher - 53 minutes ago
My son goes into Dalton school once a week for shared learning programs and he raves about what they’ve done that day all a... View
Community 3

Capital Retro - 11 hours ago
The risk in the coming bushfire season will be from grassfires, not bushfires. View
News 2

Fiona Beryl - 13 hours ago
Such a huge culture change is required......and that change should revolve around empowering individuals as human beings to a... View
Lifestyle 6

It's no secret that I'm a huge fan of this city. Canberra has been my home for the better part...
Property 23

It was the backdrop for a Game of Thrones-style wedding filmed for Seven Network's television series, Extreme Weddings; it featured in...
Courts & Crime 1

The name Robyn Rowe Chocolates will evoke sweet memories for anyone who has lived in Canberra and the Yass Valley...
Property 23

@The_RiotACT @The_RiotACT
Situated 75km north of Canberra, Dalton is a tranquil village where the locals' sense of community is strong https://t.co/5mMmlSPOc8 (1 hour ago)

@The_RiotACT @The_RiotACT
How would you respond to evil? Would you take it on, or turn away? A German Life, opening in Canberra on 11 May with Robyn Nevin, asks uncomfortable questions for us all https://t.co/0eoGcsL8q6 (11 hours ago)

@The_RiotACT @The_RiotACT
If you're after a classic pub meal and a drink, Badger & Co at the @Kambri_ANU precinct is the place to study, eat, drink, meet and mingle https://t.co/l5Nid8XDjK (12 hours ago)