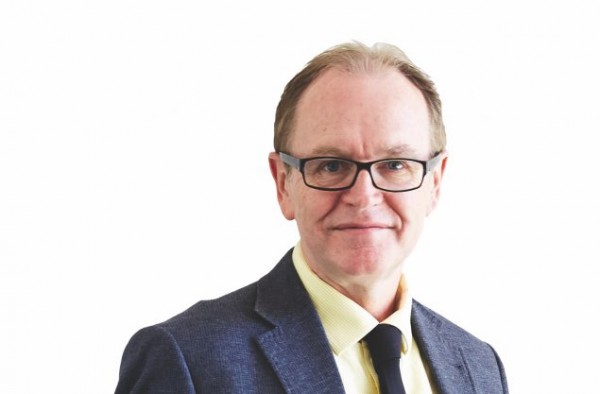 The University of Canberra is celebrating reaching one of its strategic plan’s goals two years early today after squeezing into the top 100 universities in the world under the age of 50.

The Quacquarelli Symonds rankings agency placed UC just inside in the top 100 universities in the 91-100 section of the list, which was announced today.

Australia features heavily on the list with more often than any other nation in the top 50 at 8. There are 13 Australian institutions ahead of UC and two level with it in the 91-100 section of the list.

Asian institutions filled the top six spots with European universities rounding out the top ten. You can see the full list here.

Vice-Chancellor Professor Stephen Parker said he was thrilled to see that the hard work and strong commitment by the University’s teaching and research staff in the past few years have been acknowledged.

“This is fantastic news and the result confirms the University’s continuing ascent as one of the best young universities in the world, consolidating its position in the top four per cent of tertiary institutions worldwide,” Professor Parker said.

“We are a very young university, which has never been specially funded for research, but we are now being considered alongside universities which have much longer track records. Our education and research performance has been rising sharply over the last few years and we are determined to continue this steadfast ascent in the years to come,” Professor Parker said.

The QS Top 50 Under 50 rankings are compiled by taking the top 50 universities from the QS World University Rankings that have been founded or established in the last 50 years. The ranking is designed to highlight the accomplishment of universities whose performances in teaching and research are increasingly impressive given their age and resources.
QS has said that the extended list will extend the spotlight to even more of the higher education world’s ‘bright young things’ – young universities making their mark on the international stage with striking speed, challenging the long-established institutions which have previously tended to dominate the rankings tables.

The University of Canberra has been operating as a university for only 25 years, after the Dawkins higher education reforms led to its establishment as the successor to the Canberra College of Advanced Education.

Professor Parker said that the recent recruitment of some of the world’s top researchers, winning more competitive grants and an improved research performance across the board have largely contributed to the University’s growing reputation as an up-and-coming research institution.

All Australian Universities make the top 1000. Which isn’t too bad considering we only have 43 Universities to make the rankings. We are a small country population wise and very young comparatively.

Any University in Australia gives you a world class education.

Congratulations to Vice-Chancellor Professor Stephen Parker. He has worked hard to improve things at Canberra University. He has had to deal with ‘interesting times’. There were complex difficulties within – which he inherited.

And then there was his heroic stand whereby by he was the lone voice amongst the other vice chancellors who had done a deal with the former prime minister on university fees and funding. Stephen Parker had opposed the changes and has been proved correct.

He leaves the university in a far better condition than when he took the job. I hope the gold watch is a good one!

This list includes universities under the age of 50 only. ANU is older than that. It is 19th in the World University Rankings, but not eligible for this young unis list as it was founded in 1946.

Michael Quirk - 16 hours ago
Charny Barney bus rapid transport would operate on its own right of way. Suggest you look at the Brisbane metro to be operati... View
Ric Hingee - 17 hours ago
Charny Barney You really are a clown and I suspect a pretty bad one at that. View
Ric Hingee - 17 hours ago
Justin Watson We are talking about rubber wheeled trains running on an imbedded fixed course, not on a normal road. View
ACT Election 24

Evan Hawke - 18 hours ago
Darron Marks I totally agree that the roads in Gungahlin use to be shocking and roads like horse park drive needed upgrading.... View
Darron Marks - 1 day ago
The increased spending to duplicate some of our arterial roads has made a difference you are correct. But to say there wasn't... View
Evan Hawke - 2 days ago
Glory Hammer I totally agree that every area needs politicians who fight for there areas. Most of the politicians in my area... View
Property 10

thebscaller - 23 hours ago
Joke of a leader and party. They are making some bold statements and promises that don’t add up. There is no way these prom... View
Acton - 1 day ago
A conservative is someone who is averse to change. The Labor Party has now held government in Canberra for 19 years, proving... View
JS9 - 1 day ago
"The problem would appear to be how to pay for them and it’s not easy to pin down Mr Coe on where the money will come from... View
ACT Election 12

The owner of a gymnasium in Queanbeyan says she is losing customers to gyms in nearby Fyshwick and Kingston because...
*Results are based on activity within last 7 days

Disadvantaged Canberra families will be able to receive $400 for preschool children, $500 for primary school children and $750 for high...
ACT Election 43

The ACT is on track to have more light rail elections than routes after the Canberra Liberals committed to conducting...
Property 10

@The_RiotACT @The_RiotACT
Canberra has been left at the A-League altar many times, so why is Michael Caggiano so committed to the cause? https://t.co/6z3ePOrFdu (25 minutes ago)

@The_RiotACT @The_RiotACT
To support the RSPCA's annual Cupcake Day, local bakers have created cupcake kits to be sold online and at South.Point Tuggeranong on Saturday, 26 September https://t.co/6xPkxs4BiY (1 hour ago)

@The_RiotACT @The_RiotACT
An $85 million proposal to redevelop the site of the former ALP national headquarters in Barton has gone to the National Capital Authority for approval https://t.co/cGAkmRmzcY (2 hours ago)