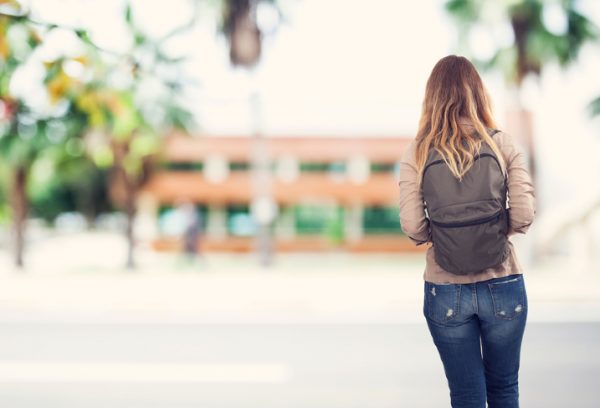 The Broderick Review and Action Plan recommends a reform of the reporting and complaints system for sexual assaults and harassments.

The University of Canberra will develop a centralised reporting, advice and referral service for students and staff after an extensive review to better understand issues relating to sexual harassment and assault in university life.

The Broderick review, which was undertaken by former Australian Sex Discrimination Commissioner Elizabeth Broderick, was commissioned by the University last year with the aim of scrutinising campus culture surrounding sexual harassment and assault at UC between 2015 and 2016.

However, the Review also heard of areas that require strengthening, which included greater efforts in ensuring the respect, inclusion and safety of some sub-population groups, particularly international, Aboriginal and Torres Strait Islander, and LGBTIQ students.

Staff and students shared their experiences and views on the prevalence and nature of sexual harassment and sexual assault at UC and reported on the effectiveness of the University’s responses to complaints.

The review found that 93 per cent of students who had been sexually harassed on the UC campus did not report it to the institution, with the most common reason why was students did not believe it was serious enough.

The report also found that staff and students did not know how to report about sexual misconduct, with 61 per cent of students saying they knew nothing or very little about how to make a complaint.

The University said it has developed a detailed action plan in response to the Broderick Review’s recommendations with its immediate priority being the development of a centralised reporting, advice and referral service for students and staff.

The development of this facility will also include a multifaceted approach that will ensure improved responses to reports and effective support and monitoring thereafter.

In a statement, the Chancellor and Vice-Chancellor of the University of Canberra said they accepted all the recommendations outlined in the report and were committed to implementing them all.

“Every person who lives, studies and works at the University has a role to play in building a culture that establishes safety and respect as its fundamental foundation,” the statement read.

“The University expressed its gratitude to staff and students who met with Ms Broderick and her team as part of the review. Their courage and willingness to share their stories will have far-reaching benefits for all current and future staff and students.”

University of Canberra Student Representative Council said it was the University’s responsibility to create a safe space for reporting sexual harassment and assault and ensuring that students are aware of how to report and what support resources are available.

“While we are disappointed that a reporting tool has not existed in the past, we are hopeful that this is rectified as a matter of priority. The University must ensure that the reporting resources are appropriate, and the University has the capacity to respond in a timely manner to all reports and calls for help,” a spokesperson said.

“Of particular concern to UCSRC is the lack of protection for students on placements, work-placed experience, internships (all work-integrated learning opportunities that form part of UC courses). The University must assume responsibility for the safety of these students and ensure appropriate, proactive measures are in place as part of this policy development.”

Read the Report on the Broderick Review here and review the Action Plan here.