ACT Policing has charged a 22-year-old man after officers came across a single vehicle collision on Luxton Street, Belconnen, last Saturday (May 5).

About 3:30 am, officers came across an extensively damaged vehicle which had knocked over a steel light pole in the centre of a roundabout.

The driver, who held a Queensland learner’s permit, was taken to Belconnen Police Station for a breath analysis and returned a result of 0.144. 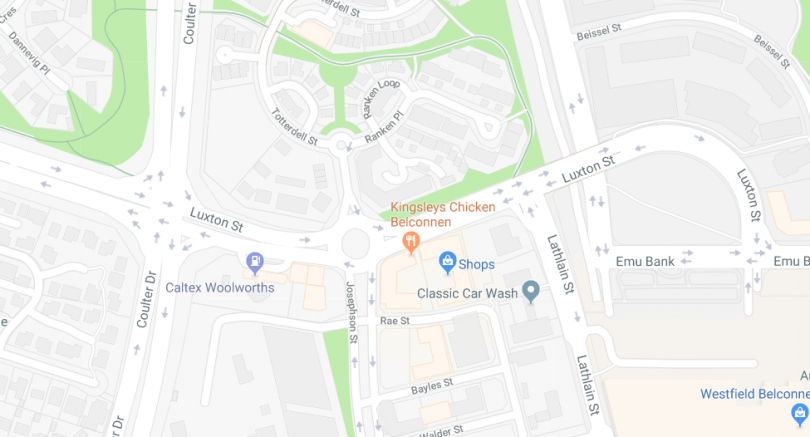 ACT Policing said the man was charged with driving a motor vehicle with alcohol in blood/breath, driving as an unaccompanied learner driver, driving an unregistered and uninsured vehicle, not displaying L plates, and reckless driving offences.

He was granted bail and will appear before the ACT Magistrates Court at a later date.

ACT Policing would like to remind all learner and provisional drivers that they must have a zero blood-alcohol-content when behind the wheel, and that learner drivers must be accompanied by a full licence holder in the front passenger seat.

David Hunter - 7 minutes ago
Kimmy Hunter…..get ready 😂😂 View
Alex SmilyLex - 10 minutes ago
Juts not the coldest time of the year. Let that be Qld. View
Adam Allica - 13 minutes ago
Jon Billows they don't even pay to fill the pot holes, although they do seem to love speed bumps, so it would be amusing to s... View
News 18

Margaret Edwards - 11 minutes ago
That’s where I fell in love with aqua aerobics many years ago. View
Tracey Crump - 19 minutes ago
Lizzie Parlane I think the pools will remain open (post lockdown) but the fitness programmes, including aquarobics will cease... View
Lizzie Parlane - 4 hours ago
Incredibly disappointed. I have used both pools for 18 years now - through pregnancy, to teach my son to swim, to keep fit. T... View
News 23

Kay Pearce - 1 hour ago
Mrs Prowse was my grandmother and I can well believe she would walk to Manuka… well into her seventies and early eighties s... View
Kay Pearce - 2 hours ago
Helen Kook thats just what Grandma (Mrs Prowse) would do!!... View
Helen Kook - 4 hours ago
Knowing my grandmother it would have been an easy walk back in those days View
Community 48