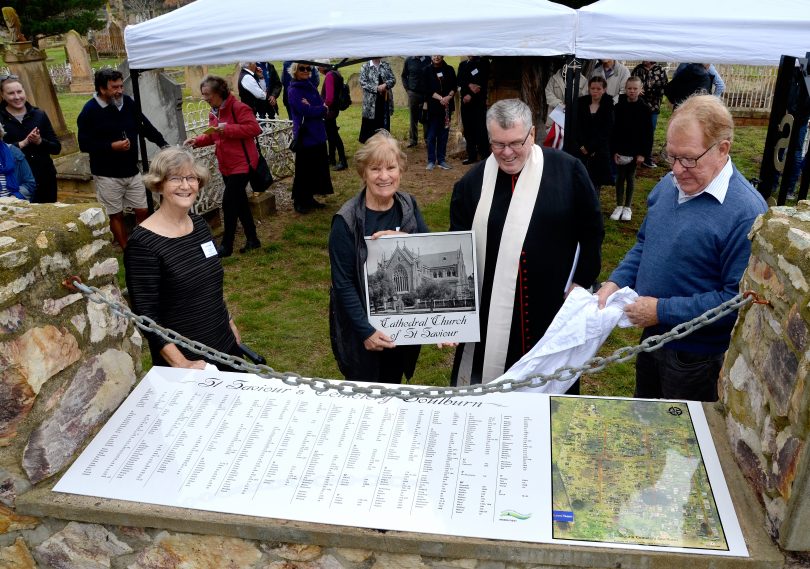 When he first turned off into Goulburn on his way to Sydney from Melbourne, Glenn Maddock could not find the pioneers’ cemetery he was looking for, let alone his great, great grandfather’s family plot.

He had a photograph of the memorial and eventually discovered what he was looking for: the grave of Frederick Horn, Frederick’s wife Elizabeth and their three-month-old grandson, buried in St Saviour’s Cemetery.

Born in London, Frederick was a prolific building contractor. He built Goulburn Post Office, Goulburn Station Master’s residence, Bishopthorpe, the Mercy Convent, St Patrick’s College and Hurstville manor, and many other prominent sites in the region. Frederick and Elizabeth raised four sons and five daughters. In his will, he left each child a home, according to Glenn.

He died in 1882, aged 53. He was a mayor several times and a churchwarden who once lost hundreds of pounds worth of timber and tools in a violent thunderstorm.

Frederick developed Horne Square (yes, with an e), and is among four Goulburn mayors and many other prominent Australians buried in St Saviour’s Cemetery.

Glenn has been calling into Goulburn for 15 years. Last May he was pleasantly surprised to meet Goulburn volunteer Heather West, weeding around the old graves that for years hid under a snarl of blackberries.

Heather and her fellow volunteers formed Friends of Goulburn Historic Cemeteries 18 months ago and are cleaning up graves and researching the people interred, including notable Australians, who are buried there. They have provided the information needed for a large map for visitors like Glenn Maddock to quickly find where their kin are buried.

Researcher and cemetery volunteer Linda Cooper had the almost impossible task of transcribing the names of more than 500 deceased from headstones and somehow arranging them on a map, despite having no grid layout or rows.

Her records show the earliest grave was for three-year-old John Weakley who died in 1841. All the names, accompanying legend and co-ordinates on the map now help visitors to the cemetery locate their ancestors’ graves. Unveiling the map created much interest. Friends of St Saviour’s Cathedral, who travelled from Canberra, were among many visitors. 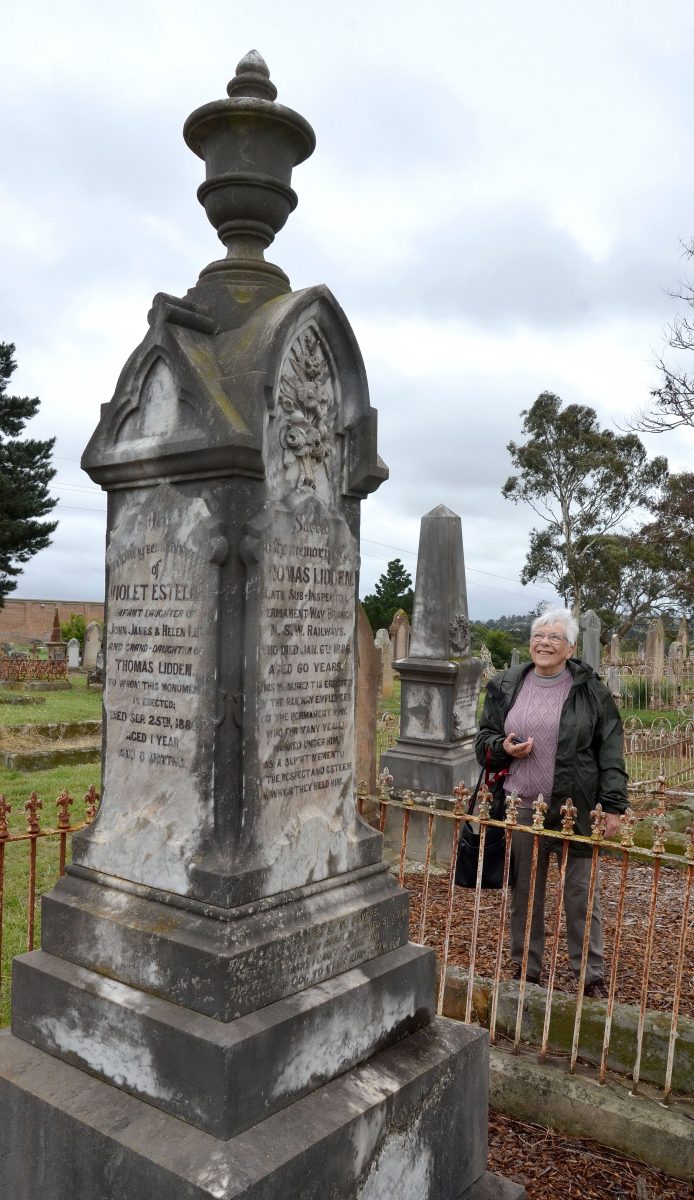 Author and historian Edith Medway with the resting place of one of her forebears. Photo: Leon Oberg.

Linda has delved into obituaries and funeral descriptions to find stories of long processions of people in carriages, on horseback and on foot who used to wend their way from the railway station, from where some of the deceased from Sydney were sent, and subsequently accompanied their remains to the cemetery.

The cemetery closed in 1938, although there were not too many burials after 1902 when the General Cemetery opened. Exemptions for burial after 1938 included those who had family plots and vaults. The last burial was in 1957.

Many unlucky people rest in peace at St Saviour’s Cemetery. They either drowned, fell from horses, were accidentally shot or struck by lightning. Stonemason James Wilson fell from St Saviour’s Cathedral and died during its construction. The Reverend Betts, aged 25, drowned while swimming his horse across the flooded Wollondilly River after a trip to Taralga to discuss the opening of a school.

READ ALSO Buying property in Canberra? You might need to hear this first

To date, the volunteers have cleaned up about 130 graves, about a quarter of the site. Wooden headstones have perished over time, leaving unmarked graves with no record of their occupants. Heather’s husband Greg helps with poisoning and digging out unwanted growth, while Ian Wright has trimmed trees with his chainsaw so people can get to some of the graves.

Explorer William Hovell and three First Fleeters are among the identified graves. Edith Medway of Crookwell has written several books on Goulburn’s pioneer cemeteries and believes the number of prominent Australians buried in St Saviour’s Cemetery would shock a lot of people.

Anyone interested in learning more can email goulburn.historic.cemeteries@gmail.com or go to Goulburn’s Early Days to Now on Facebook. 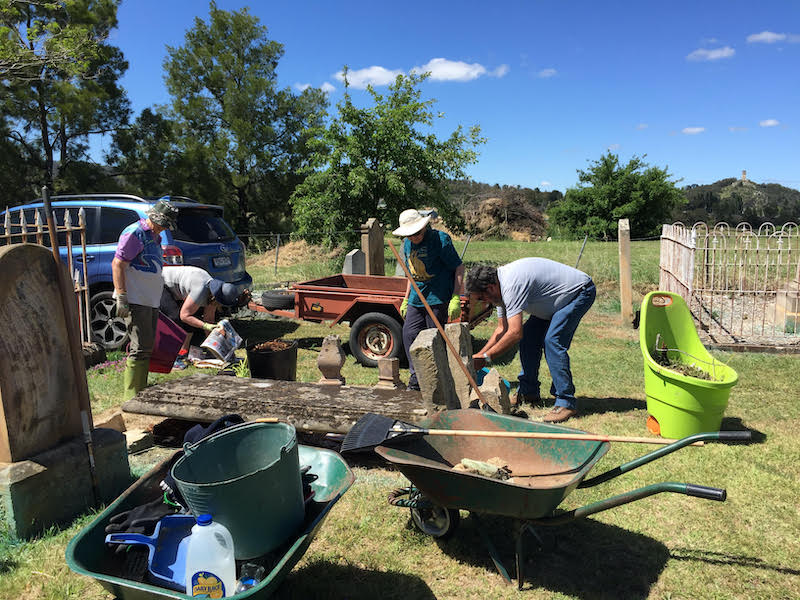