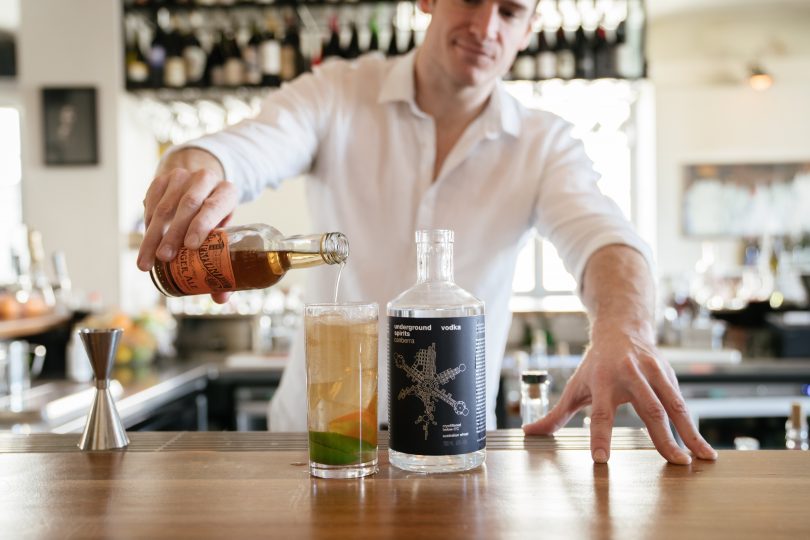 Canberra’s most awarded spirits brand will have to invest in a bigger trophy cabinet after the Canberra-based distillery Underground Spirits collected another three highly acclaimed international awards last week.

Underground Spirits beat competitors from 90 countries across the world and walked away with two silvers and a bronze at the world’s oldest and most highly-regarded wine and spirits tasting competition.

The distillery, which was established last year, has taken the international spirits scene by storm – winning both the Global Gin Innovation Award and the Award for the Best Gin Bottled outside Europe in the recent 2018 Gin Guide Awards.

Underground also received a double gold for its Vodka, and a silver medal for its gin at the 2018 San Francisco World Spirits Competition, which is regarded as one of the most competitive and influential and competitions in the spirit world.

These recent award wins have seen Underground Spirits become Canberra’s most awarded spirits brand, much to the delight of its co-founder, Dr Toby Angstmann. 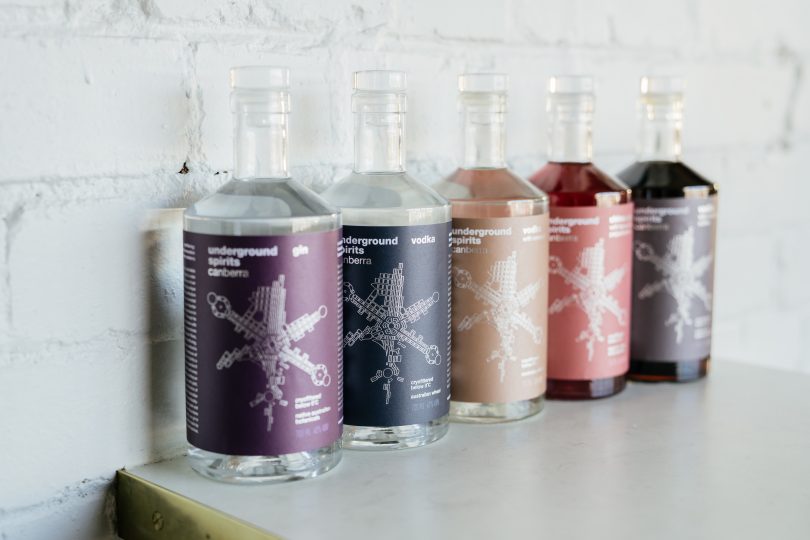 The new awards have come at an exciting time for Underground Spirits, who have unveiled a completely new rebrand this week, which features a stylised map of Canberra.

Underground Spirits’ vodkas and gins are now presented in modern bottles with striking labels which exhibit a deep, bold colour palette that reflects the Canberran landscape.

“The stylised map is a direct reference to our provenance but also to our patented cryofiltering method. It’s a symbol of place and process. It’s got all the elements that make our brand unexpected – the Canberra provenance, flavour, our smooth finish, innovative production method and premium, regional ingredients.”

The new brand was produced by drinks specialist design company Denomination and is already gaining huge attention with coverage across design and packaging trade media.

“Our new brand will help launch and expand Underground Spirits globally, while firmly cementing our Canberra roots through the design and brand identity,” the co-founder said.

For more information and to see the new branding, click here. 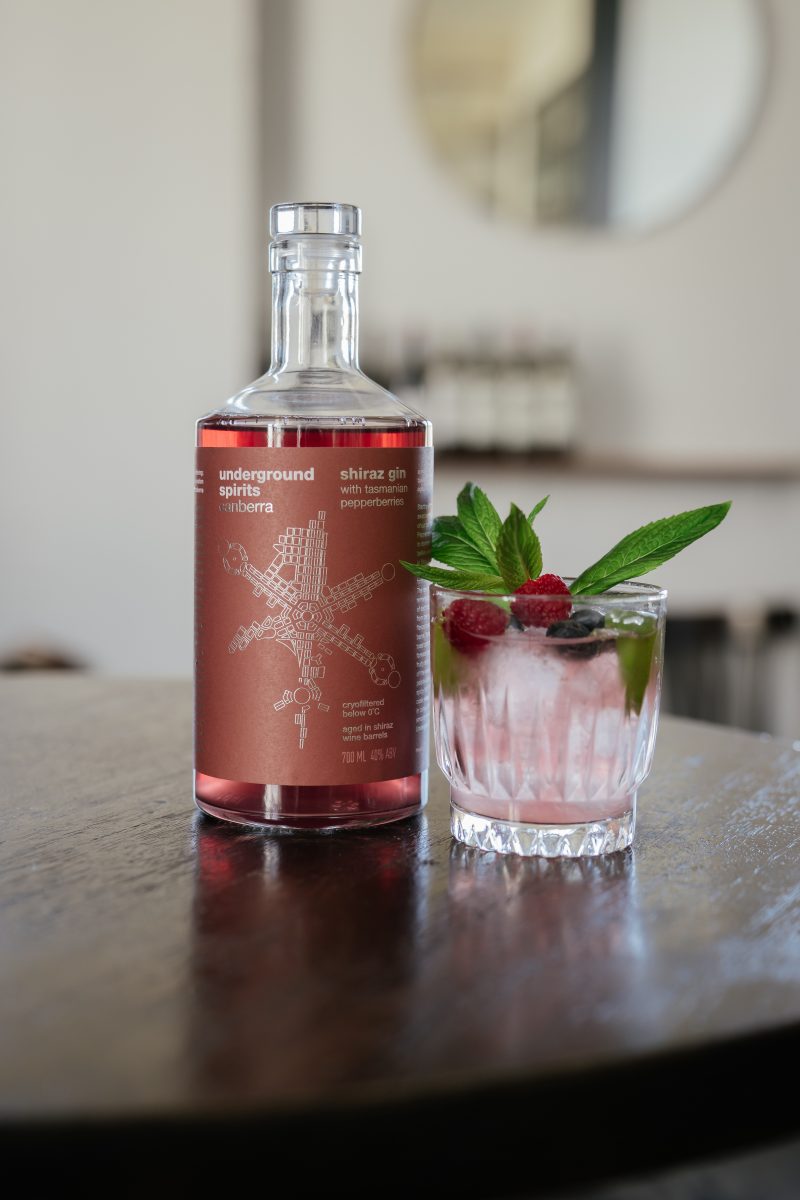 Isaac Holmes - 2 hours ago
Olivia Bodenham sutto could be our next move View
Emma Jeffries - 7 hours ago
Zac Bryant oh this is brilliant. The one. A jump arena for me, a pool and air conditioning for you and jasper and the landsca... View
Paula DeMoor - 8 hours ago
Woolaroo Warmbloods Sal Walker check out the stable View
Opinion 13

Rosalind Turner - 7 hours ago
Bring back the fountains, invite some food vans or pop-up restaurants, provide some shade and structure so it's not a wind tu... View
Michael Moran - 9 hours ago
It is form over function like everything the government does ! looks looks pretty but it serves almost no purpose . the packi... View
Jason Oneill - 10 hours ago
Bill Gemmell YES!!!!! View
Opinion 14

Mick Guy - 9 hours ago
repairing the roads with the band aid policy?? View
Rainer N Palma Busacker - 10 hours ago
He could start with doing his job, stop playing with the train set. Call for a new contractor if this is not settled by the w... View
Julie Macklin - 11 hours ago
If it's my area, I don't care if it is. I could go weeks without a garbage pick up. And still my bin would likely not be full... View
News 1

Gail Cocksedge - 16 hours ago
And why do we care about this. Breaking the law has consequences. It's not a freeking resort, it's called punishment for the... View
Community 4

A few weeks ago, I drove my car across Commonwealth Avenue Bridge for the first time in months. Since the...
Property 150

Updated - 23 November, 3:00 pm: Emergency services in Canberra have received more than 75 requests for assistance after a...
News 2

The ACT Government has launched a trial $500,000 discount voucher scheme to boost consumer spending to help Canberra businesses in...
News 18

Of the sporting events that we no longer have in Canberra, some had a long run of many years while...
Breaking 0

Of the sporting events that we no longer have in Canberra, some had a long run of many years while...
News 18

Canberra Avenue has taken the dubious title of having the most motor vehicle accidents in the ACT, according to new data...
Opinion 14

Chief Minister Andrew Barr comes back to work today after a post-election break and needs to clean a couple of...
News 14

@The_RiotACT @The_RiotACT
The 2021 Canberra International Music Festival has been launched. Check out the works and the artists https://t.co/ZmQ3ouVslr (8 hours ago)

@The_RiotACT @The_RiotACT
Hot in the City: Things are about to get a whole lot cooler in Dickson with the opening of Spilt Milk Gelato Bar https://t.co/dVR1sv6PNo (9 hours ago)

@The_RiotACT @The_RiotACT
The ANU has proposed major cuts to the School of Art and Design to overcome its unsustainable budget position https://t.co/3Z7ojx5bPY (11 hours ago)