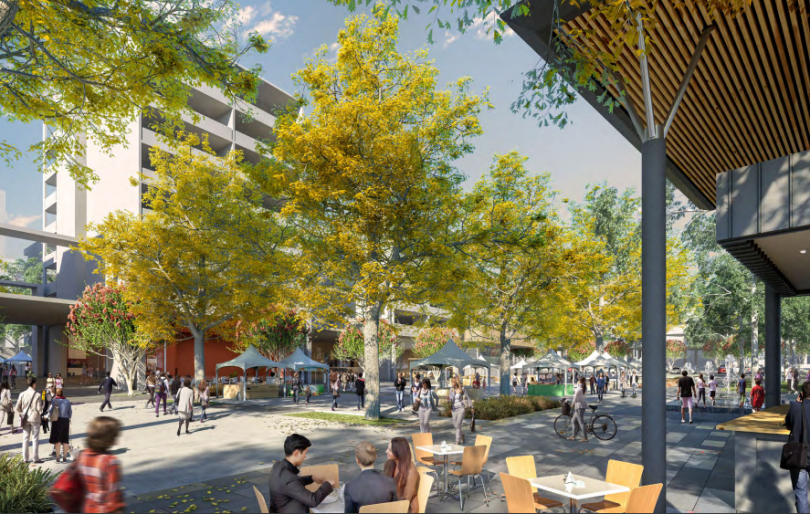 An artist’s impression of the shared space in Beecroft Street. Image: ACT Government.

A planned urban village for Coombs and Wright in the growing Molonglo Valley will include a shaded main street, public plaza and shared space, shops and cafes and a new community activity centre.

The ACT Government says development of the last three commercial blocks in Coombs and Wright will be guided by a Village Design and Place Framework, devised in response to community input and consultation.

The sites are located on the prominent intersection of John Gorton Drive and Fred Daly and Steve Irwin Avenue, and were released to market on Thursday (24 June) through a two-stage Expression of Interest and Design Based Tender process.

The first stage will be open until 19 August 2021 and the outcome is likely to be known by November 2021. The second stage will be centred on a design proposal for the Coombs and Wright Village and the timing will depend on the outcome of stage one. 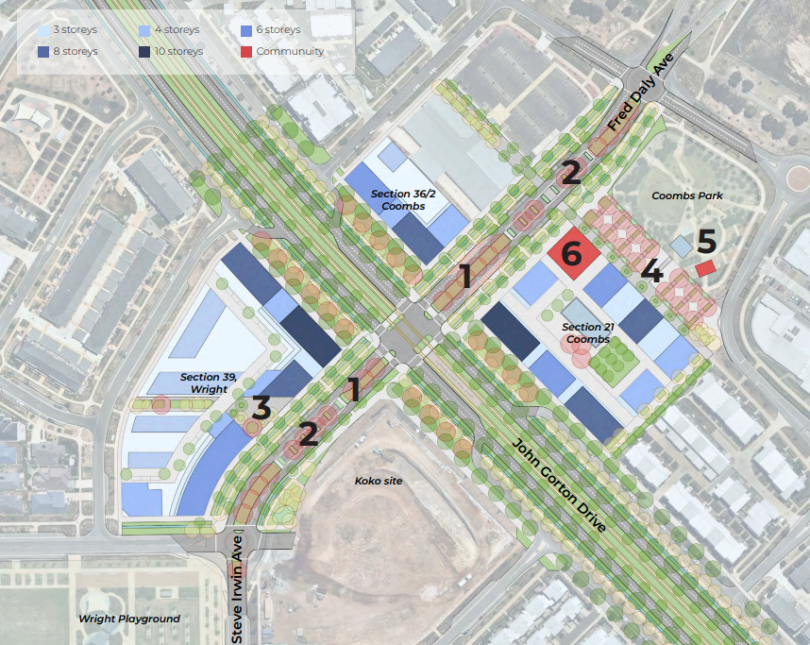 The blocks to be released and associated land uses. Image: ACT Government.

The Place Framework locks in the layout, design and connectivity on each of the blocks and mandates ground floor commercial floor space including retail and hospitality uses.

The Suburban Land Agency will play a major role in the village development, funding and overseeing the construction of major public domain improvements and
building of community facilities.

Steve Irwin and Fred Daly Avenues will be transformed into a pedestrian-friendly main street with rows of shade trees. Beecroft Street will become a shared zone and the public plaza will front Steve Irwin Avenue.

Coombs central park will be upgraded with a major shade structure, toilets, child play space and a package of off-site works to improve public amenity.

The multi-storey community activity centre on the corner of Fred Daly Avenue and Beecroft Street will overlook the central park and be available to community groups
under the management and ownership of the government’s ACT Property Group. 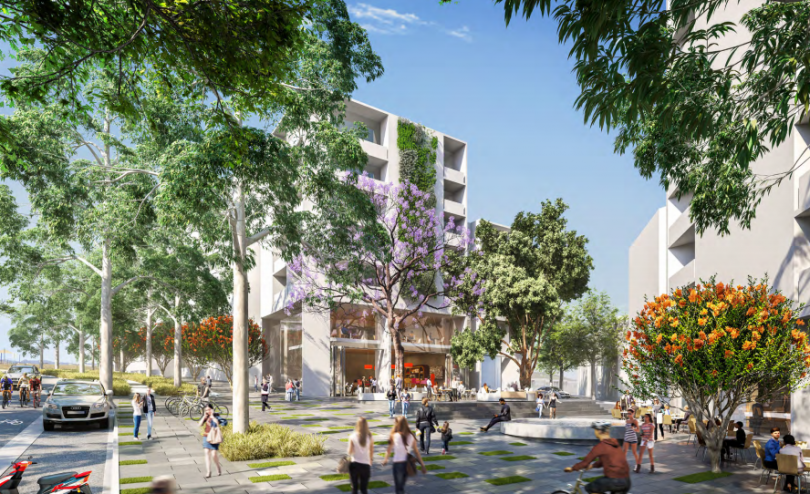 Molonglo Valley Community Forum member Monique Brouewer said the plans delivered on what the community had asked for and praised the SLA’s approach, although ideally it would have been better to have included a village centre in the original development.

“The most exciting part of this whole proposition is that we were consulted,” she said.

“The community was asked, there were surveys done, workshops, there was actually a conscious effort to really engage the community in the construction of the framework.

“We look forward to the provision of retail, recreational and community spaces that it’s going to bring to the residents of Coombs and Wright and more broadly the Molonglo Valley in general.”

The village development will probably mean a lower speed limit on John Gorton Drive through the intersection with safety a major concern.

Both Coombs and Wright have suffered from a lack of community facilities including the failed Coombs shops development, and the proposal will address these concerns as well as give the area a central focus.

It will also augment the proposed Koko Molonglo mixed use development on the corner of John Gorton Drive and Steve Irwin Way.

A fourth site off Harriott Street and Alex Colley Crescent in Wright (Block 10, Section 63) has been released via tender for an aged care facility that will cater for both independent living units and aged care beds. 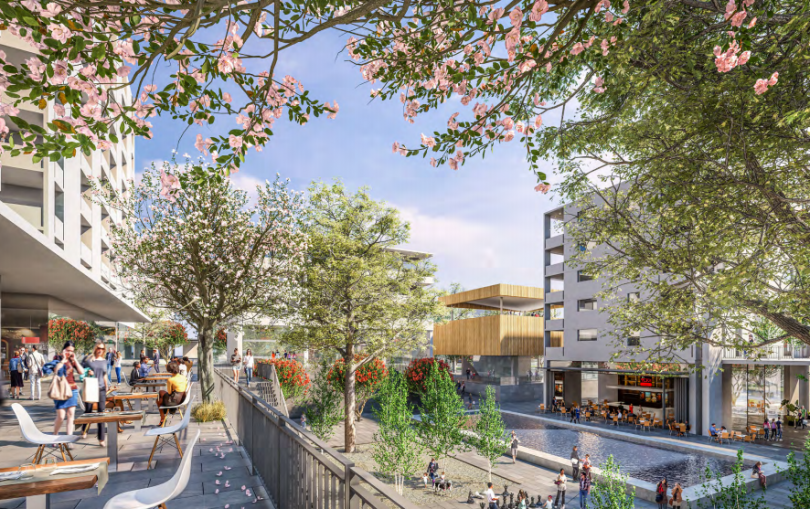 Suburban Development Minister Yvette Berry said the Government had listened to the Molonglo Valley community and its desire to see more retail, hospitality and community-focused facilities in the area.

“The Village Framework will create a buzzing suburban core and will be accompanied by a significant investment in offsite works, delivered by the Suburban Land Agency,” she said.

“Works include reimagining Steve Irwin and Fred Daly Avenue as a village main street with multiple rows of shade trees, and a new public square which will become a community meeting and outdoor dining space.

“The works also include a small public pavilion, toilets and a performance space in the nearby Coombs Park which will be welcome additions to what is currently an underutilised space.”

They will be released through an Expression of Interest and Design Based Tender process.

To view the Village Framework go to the YourSay website.

can I bring my neighbour’s BARKING DOG ?

Having a skate park or facility in the mix would be a brilliant addition. It would ensure that these new public spaces are activated while also providing passive surveillance to the area.

Lookout Steve, we don’t want kids being active and having fun…

Geoff Gibbons haha beat me to it.

Timmy Floros looks promising. Next to your unit.