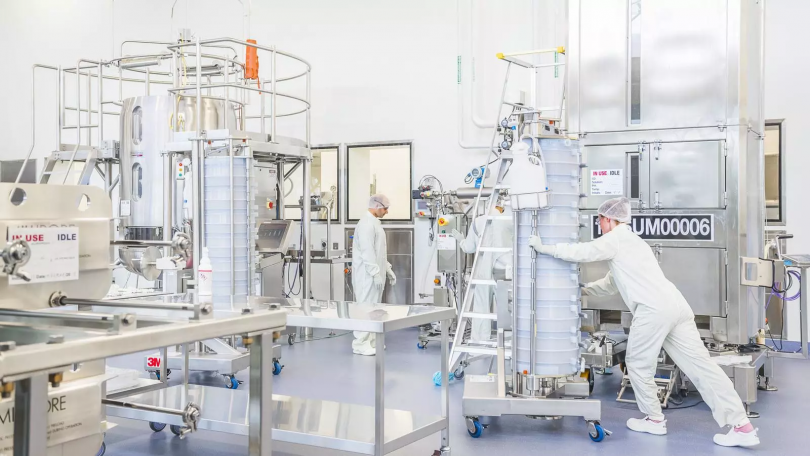 It’s time Australians acquired some perspective on the COVID-19 pandemic and its fallout on our way of life and economy.

Experience is relative, so one shouldn’t dismiss the effects of testing, travel restrictions, lockdowns, and quarantine on individuals, families and businesses.

But the frightening numbers coming out of the UK and US are more than just sobering – they should have you thanking whatever God you pray to that Australia, helped by its island status, has been able to manage the virus as well as it has.

Those countries’ skyrocketing infection rates and now daily deaths of 1,500 for the UK and more than 4,000 in the US are the result of a ham-fisted, wavering and in some cases negligent handling of the pandemic.

And while Commonwealth, state and territory responses to containing the threat have varied, with all the ensuing political brawling over borders and business impacts, the goal here has remained more or less the same.

Chief Minister Andrew Barr at yet another press conference insisted this week that there was a unified approach to the pandemic, warning people that the prospect of more sudden disruptions was simply a fact of life in 2021, and we should expect the unexpected.

He said whether the goal was to suppress or eliminate the virus was somewhat semantic, but governments on the advice of their health officers would continue to do what they must.

It’s good advice. No government wants to deliberately close a business or confine an individual, but the alternative is now there for all to see on the nightly news.

The results in Australia speak for themselves. Australia has had 28,650 cases for 909 deaths, most of them in Victoria when its quarantine breach spiralled out of control prompting a lockdown that incurred the wrath of the Commonwealth, some commentators and many of its weary citizens and business people.

Yes, the quarantine breach was a stuff-up but the learned response did the job. The Boxing Day Test, as symbolic an event as you could imagine, went ahead.

The ACT has been virtually COVID-free for a long time, and while some events have been cancelled, the economy and employment have recovered to pre-pandemic levels.

The same is happening elsewhere in the country, interrupted by spot fires in Sydney, Melbourne and Brisbane.

Sport, where possible, is being played to empty stadiums overseas, whereas we have crowds in Australia, albeit reduced, cheering on teams at football grand finals, and supporting a summer of Test cricket.

While many worry about the mental health effects of restrictions and the isolation for some from family and friends, the trauma of ambulance sirens, overwhelmed hospitals, and loved ones dying alone on gurneys would be far worse.

Those caught up in the measures that all governments have had to to take at times should have our sympathies, but the consolation should be the bigger picture that Australia remains a lucky country, along with a handful of others such as New Zealand, that has avoided so far the worst that the pandemic has wrought.

It’s all about managing the risk, which should be reduced as vaccines are rolled out, more immunity in the community is established and the virus peters out.

But for now, the threat and corrosive uncertainty remain, mainly from overseas travellers returning with more contagious variants of the virus, and changes to the quarantine system may be in store.

As Mr Barr says, we do not want what is happening in the UK and US to happen here, so follow the health advice and, while there is always room for improvement, try to roll with the punches.

It would be good to hear a lot less from those who, in one breath, are publicly emoting about the plight of people with Australian passports who want to get to Australia and, in the next, are demanding that the national border be shut to anyone currently in a country which has reported a variant strain of the virus.

Beyond that, and for all the relative success we have had in Australia (which certainly is something to be grateful for), the extreme unevenness of the sacrifices involved in achieving that success will leave deep, long term scars.

Politicians and others who have been dispensing their cruel to be kind medicine under the glib slogans of “we’re all in this together” and “we have to be Covid-safe” (i.e. zero risk, or close to it) might have a sharper perspective on those scars if their income (and the incomes of those who serve them) had been reduced to the level of Jobkeeper or Jobseeker for the duration of lock-downs and serious restrictions.

Healing the economic scars will depend to a fair degree on the revival and re-opening of the world economy (currently at serious risk of fragmentation) – today’s speech by Joe Biden gives some hope in this regard.

No one dies from the flu anymore.

100% We are the lucky country. My cousins all live in Europe, and when I use to say to come to Australia, some of them use to say it’s too far away. I say thank God for that because that is also part of reason we did well. And our government acted promptly.

Even with the slips we’re doing great, keep the borders closed.

Can the author draw a Venn diagram of those who opposed Brexit and those who think state border shut downs are a good idea?

Never! I still recall the time I was mildly inconvenienced by the GFC.

Why are you only nominating the US and the UK?

Because they are ‘liberal English-speaking democracies, perhaps?

Neither are Liberal at this time.

All my relatives are in Europe and their stories about the situation there remind me all the time how lucky I am to live here right now.

My teenager got shamed on tik tok by Americans because she wasn’t wearing a mask in a video she posted. They could not understand that there simply is no need for masks here now, no matter how much she tried to explain how different the situation was compared to there.

Do they think she’s in Austria?

Timothy Bailey No we do not

Timothy Bailey Too true. Their bizarre belief that they are the world’s shining example of democracy is unbelievable. I could mention twenty countries that are more democratic, free and waaaaay better than the U.S. starting with Australia. At least we don’t leave people to die on the street due to lack of health insurance. I think a huge portion on America is just plain (educationally) ignorant. They live in that bubble you mentioned and have little idea what is happening in the rest of the world, and more so, they just don’t have the intellectually curiosity or capacity to care.