Experts in buying, selling & renting
Your property, your future
2 December 2022 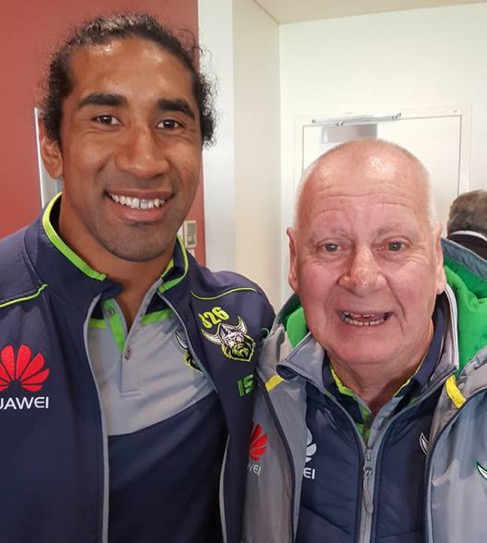 The man who made Canberra Milk and sport a winning combination in the ACT, Garry Sykes, has died in Thailand at the age of 72.

Garry was a loveable rogue, generous as they come, loyal to a fault, and the life of the party.

That roguish streak usually came to the fore at Raiders’ presentation nights, when his lime green suit would come out of the closet.

This probably simplifies the character that was Garry Sykes.

As the managing director of Capitol Chilled Foods, he was instrumental in Canberra Milk being front and centre of every major sporting team in the city.

The visibility of sporting teams was heightened because of the association with Canberra Milk.

The Raiders became known as the Canberra Milk Raiders, likewise with the Brumbies, Capitals, Canberra United, Cavalry, and the list goes on.

This association didn’t happen by accident. Garry was the ultimate networker who made things happen to the benefit not only of his company, but also of the Canberra community.

And his focus wasn’t confined to supporting our sporting teams.

I know firsthand of his support for many charities in my role as patron of the Early Morning Centre, with Capitol Chilled Foods providing milk for the homeless and disadvantaged in Canberra, which continues to this day.

There are many other charities that have been helped, including Domestic Violence Crisis Services and Marymead, which benefit through the support provided by Capitol Chilled Foods.

In many aspects, Garry’s personality opened the door for Canberra Milk to be front and centre in the lives of many.

Facebook posts on his page reflect the value of Garry to so many individuals.

Canberra businessman Jamie Wilson posted this message: “You helped me get started and I’ll always be grateful. You backed a young kid with a dream and helped me get into the business world. You opened doors for Coordinate, you taught me that business should be done via a handshake and with trust, respect and loyalty.

“A man with old school values; values that have been lost in today’s business world. You built a brand Canberra is proud of and your legacy will live in cafes, supermarkets and the homes of many. Rest in peace mate. Up the Milk.”

Another post on his Facebook page relates Garry’s role in coming to the rescue with a semi-trailer filled with pallets of water bottles after being told Thredbo village had run out of water in the wake of the landslide.

After retiring from Capitol Chilled Foods, Garry moved to Thailand.

His death at 72 will have an enormous impact on many in Canberra who benefited from his loyalty and generosity.

Such a top bloke RIP

Garry was such a character and such a valuable member of the Canberra Milk and Canberra Raiders communities. Vale Garry

Very well written Tim Gavel and so spot on
RIP