Venues have their say as liquor laws reviewed. 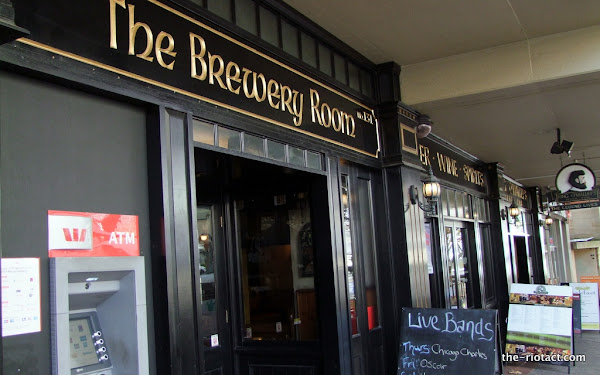 The Liquor Act 2010 came into force on 1 December 2010, but concerns of licensees and the community led to the announcement of a review in April.

Twenty-one submissions have been put up on the ACT Government’s Justice and Community Safety website for your perusal.

Simon Corbell will table a report of the review in the Legislative Assembly by 1 October 2011.

–Discussing the effect that the new fees have had on the number of ACT licenced venues and their trading hours.

–The impact of continuing to use $100,000 as the threshold test for the “annual liquor purchase”.

And here’s what each of the submissions had to say, in brief, about the licensing laws:

–The Alcohol and other Drugs Council of Australia wants “small bars” to be limited to 100-120 people, overcrowding to be an offence under law, and licensed venues provide no-warmer-than-room-temperature water to patrons for free.

— Casino Canberra like the community safety aspects but are not happy that its annual liquor licence fee was up 429% on the previous year, and the last four months has seen a 9.4% revenue decrease on the same time last year.

— Danbria Pty Ltd (for Knightsbridge Penthouse and Parlour Wine Room) does not like the “seemingly arbitrary” increase in their licensing fees and think it is unreasonable that they have to foot the bill for a public safety exercise.

— Masters Grocers Australia (whose ACT members include Supa Barn, IGA, FoodWorks and Local Liquor) also wants the fees rethought, and a history of compliance taken into account when such fees are set.

— The Cyber Bunker Indoor Golf Centre says it focuses more on a “complete entertainment and social outing” than alcohol, is very small, and should fit into a small category that is not treated like a club or pub just because it sells alcohol.

— The Pot Belly would like a merit system, does not want to pay for extra police in problem areas, and a scaling system so someone buying only $105,000 in alcohol does not pay the same in fees as someone buying $1m worth.

— Vikings Group thinks the “broad brush approach” should look at more than just the late hours of a venue, and consider a venue’s type, area, Liquor Act record and customer type.

— Woolworths Australia does not like that the “risk-based” approach only takes into account how much alcohol an outlet purchases, because this method has increased their licence fee by 350%.

— Canberra Rifle Club has had to pay 48% of their average gross margin on fees, up from 15.5% under the old laws. They also dislike the fact that one set of risk factors is being made to fit all.

— The ACT Rugby Union Club is having to shut at midnight, meaning “people are just starting to loosen up and enjoy themselves when we call last drinks”, it cannot show Brumbies games live from South Africa, and some future Wallabies games can also not be shown.

— An anonymous submitter thinks there should be different fees and conditions for businesses whose primary service is not the sale of liquor.

— Shane Rattenbury of the ACT Greens, who called for the review to occur, thinks a risk-based system will create a “safer and more vibrant Canberra nightlife” (not that we don’t already have a vibrant nightlife) if a middle-sized category is created and the history of the venue is considered.

— Another anonymous person says the changes were “complicated and expensive”.

— The Australian Hotels Association lists 13 venues that have sold or closed since the changes, or are still trying to. The AHA is also concerned that only two RTOs can deliver RSA training, yet up to 5,000 employees will require training before the 1 December 2011 deadline.

— And submissions from the following are up but experiencing a little technical difficulty at our end: Candamber, The Basement, ClubsACT, Matthew Watts, Muddle Bar, and The Phoenix Club.

5 Responses to Venues have their say as liquor laws reviewed.
Filter
Showing only Website comments

Congrats on some excellent submissions by the SMEs. Let’s hope the live music venues can receive some sort of parity.

If anyone is interested, here are the numbers. Can anyone explain why they don’t just scale the fee instead of using these brackets?

Julie Macklin - 8 minutes ago
Carole Ford Not many people cycle for sport. Most people use it for transport. View
Mark Johnson - 7 hours ago
If it’s not licenced what’s it doing on a roadway anyway … View
Julie Macklin - 11 hours ago
Alicia Conley The ACT has no cycle paths. They are shared paths. Yes, those around the lake were built with people on bikes i... View
News 20

Mark J Avery - 41 minutes ago
Try working next door to this dumping ground!! View
Roger Kropman - 5 hours ago
This is a disgrace but it reinforces the point that rubbish dumps / tips should be free to dump your trash, otherwise idiots... View
Nick Savino - 9 hours ago
CCTV and fine View
News 14

The plummet of music venues in Canberra

Clubbing in the age of COVID-19

@The_RiotACT @The_RiotACT
Snapper at the Canberra Southern Cross Yacht Club is getting a makeover. Check out the plans https://t.co/Ul1f9X7YUR (38 minutes ago)