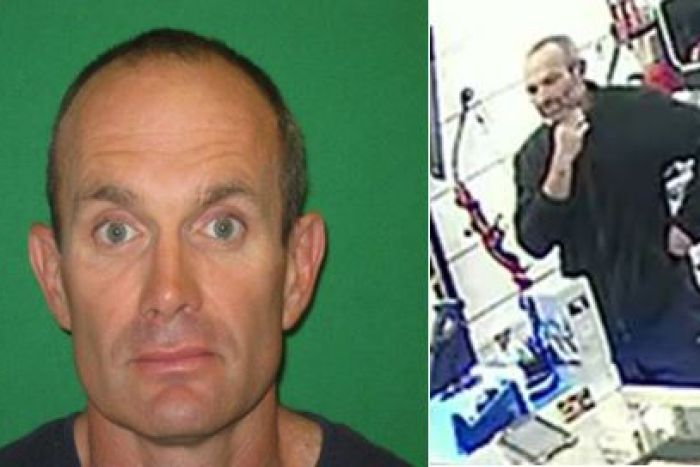 46-year-old Christopher Empey may be travelling through the Snowy Monaro. Photo: Victoria Police.

Victorian detectives are asking Snowy Monaro locals to be aware of a violent sex offender who is believed to be in the region.

Forty-six-year-old Christopher Empey has been on the run since November 23 after the GPS bracelet he is required to wear was located in the Baddiginnie area in Victoria. Police conducted extensive searches in and around the Mansfield area but have so far been unable to locate him.

In 2003, Empey was sentenced to a minumum 12 years in jail. At the time, The Age newspaper reported that “After raping his victim, then aged 30, with whom he [Empey] had been drinking and dancing the evening before, Empey walked out of the building, looked up and down the street, and then returned to stomp on and kick her head.”

His were “the acts of a monster”, Justice Bernard Teague said.

Victoria and Monaro Police advise that Empey should not be approached and anyone seeing him should contact triple zero (000) immediately.

In early December 2018, Empey sold a motorcycle to a buyer in Nowra, New South Wales. Detectives do not believe the buyer is linked in any way and was unaware of Empey’s background when purchasing the yellow Suzuki.

Soon after, Empey was captured on CCTV in a Nowra store, unshaven and still wearing the same clothing he was last seen in.

Police say it is also possible that he has sustained some kind of injury.

Since then the focus has shifted to the Snowy Monaro, with a suggestion that Empey may be travelling in the Thredbo, Jindabyne, Cooma areas on a red Trek mountain bike with white forks which may be in need of repairs. Monaro Police say that he may now have a beard.

The Age reports that Empey left his home at Baddiginnie in November with $10,000 cash, some of which was used to purchase the motorcycle that was later sold in Nowra. They say he has bush survival skills.

Anyone with other information about Empey’s whereabouts is urged to contact Crime Stoppers on 1800 333 000.