Experts in buying, selling & renting
Your property, your future
2 November 2020 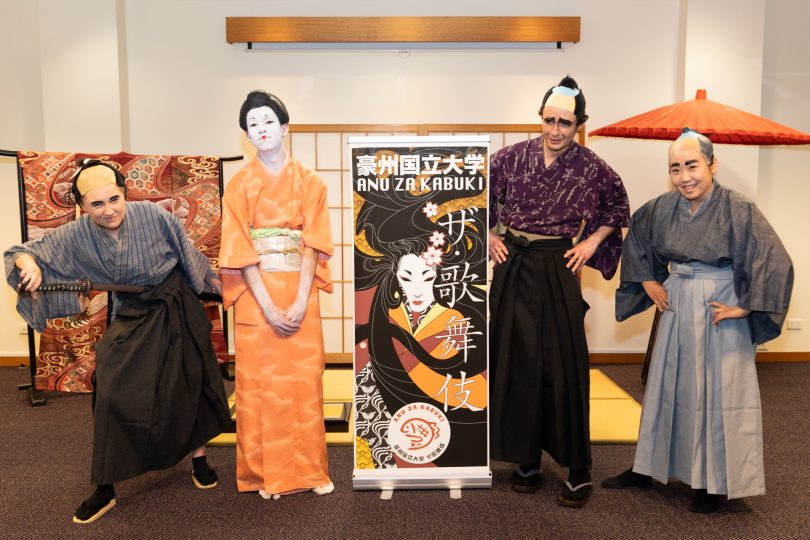 One of the world’s longest-running Kabuki troupes outside Japan has banded together to raise money for children who lost their parents in the 2011 Japanese tsunami.

Almost a decade on, the Australian National University’s Za Kabuki theatre group has put their own spin on the traditional Japanese dance-drama with the newly created play, Whisker Tweezers.

Dressed in full makeup and costumes, the play is performed by students in Japanese and has been professionally filmed this year to raise money for the Tohoku Youth Program which brings 14 to 17-year-old Japanese children who lost parents in the disaster to Canberra for a brief respite and educational experience.

The play follows a clan’s search for a missing idol which brings rain while a mystery illness is preventing the princess from being betrothed.

“Our performances have many traditional aspects, but we also include non-traditional elements including cross-dressing and modern jokes,” ANU Za Kabuki club president Neha Jagannath said. 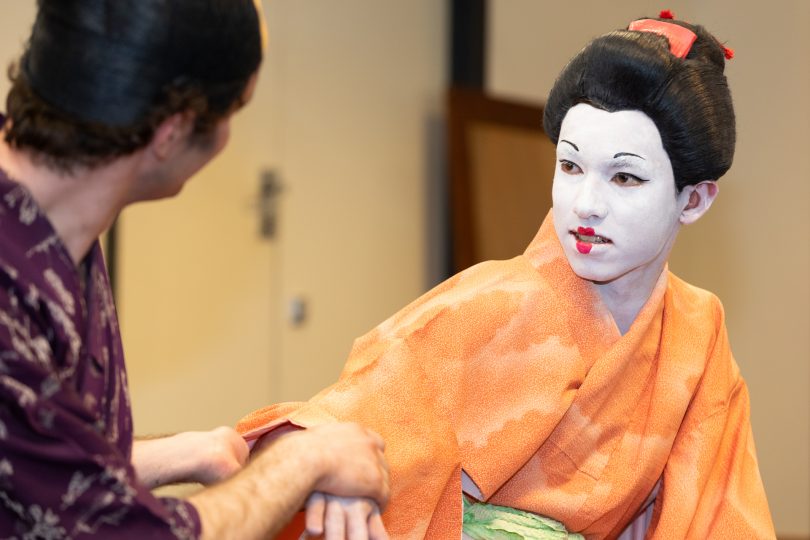 The play has brought together an eclectic mix of people from the university from a diverse range of backgrounds to share Japanese culture in partnership with the Japanese Embassy in Canberra.

“It is my first time doing a Kabuki play. I have always been interested in Japanese culture and I could not join last year but this year was the time,” said Christina Lee who plays Harukaze.

“It is certainly very different from any other Japanese animation or movies. The expressions are like Shakespeare in Japanese.”

Asian studies student Meg Houghton, who plays Samurai Sanzaemon, decided to become involved with the club after being an exchange student in Yokohama. 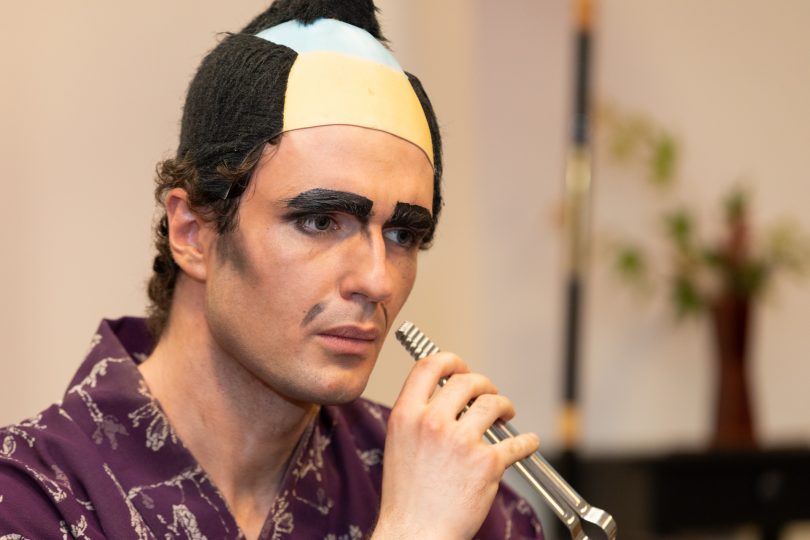 “I always wanted to join an ANU club but was super intimidated. It is so great and I wished I joined earlier because I graduate next year but I think I’ll still come back!”

A video of the play can be pre-ordered for $5 or purchased for $8 once it is released in early November. The video will only be available to purchase until 19 November. It is free for ANU students.