Wanniassa Community Bank celebrates 15 years of giving back to Canberra 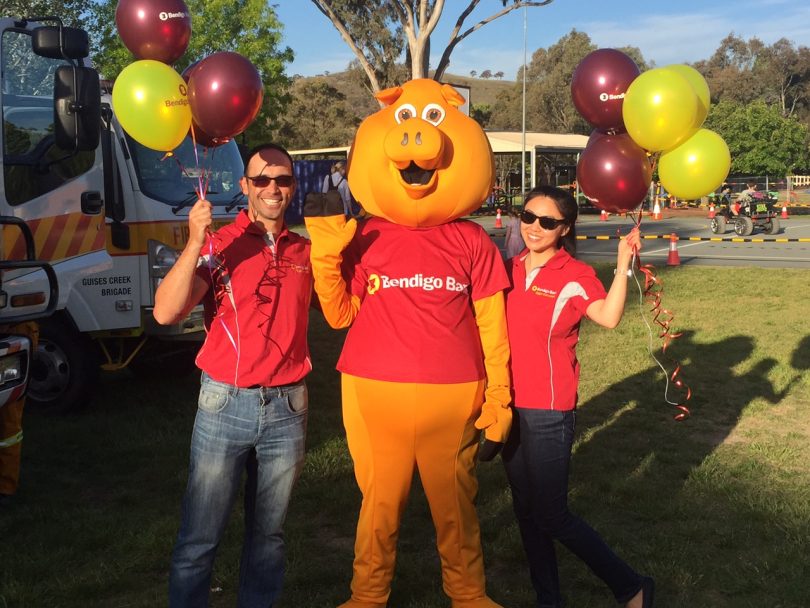 When almost all of the 16 major bank branches in the Tuggeranong Valley closed down in the 1990s, it left many in the South without access to local banking services.

15 years later, the branches are a much-loved part of their local communities, and are preparing to celebrate their 15th birthdays later this year.

Caleb Te Moananui, who now manages the Wanniassa branch, first came into contact with Community Bank Group while playing ACT Vets Rugby – a rugby club for those over 35 who want to have a bit of fun while raising money for local charities.

“The ACT Veterans Rugby Club hosts the Clare Holland House Cup every year, to raise money for the palliative care facility Clare Holland House,” says Caleb. “So I got to see first-hand what the community bank was all about and how they were actively working to make a difference in Canberra.”

Caleb got to know the late Jayson Hinder, who was chairman of the Canberra Community Bank Group at the time.

“He invited me to play in a charity golf event against other businesses in the ACT. Each business puts in a team and there were 50 teams in total. We ended up winning, which we weren’t expecting, but it was a great day!”. 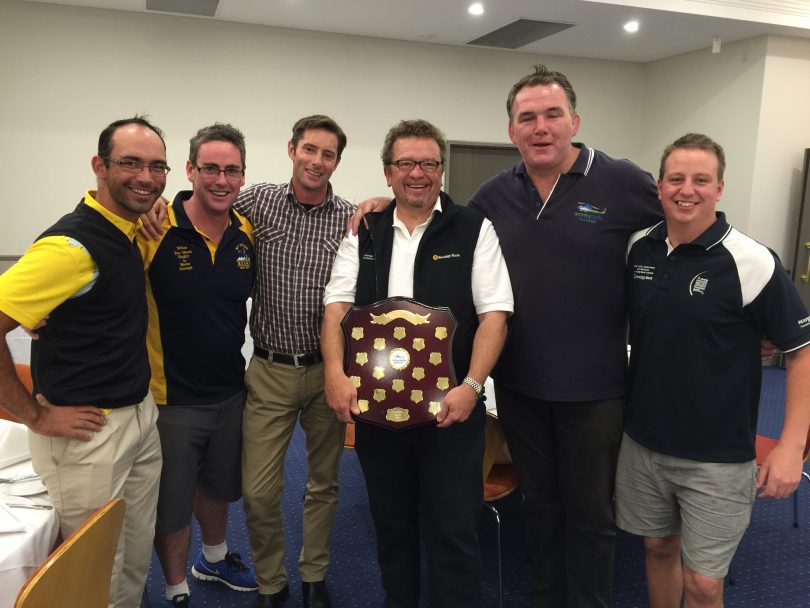 Jayson Hinder and team at the charity golf event

At the golf event, Caleb met Damian, branch manager at Calwell. So when a position opened up not long after, Caleb applied and began working there.

Since then, his passion for the job has seen him rise to acting branch manager at Wanniassa, where he says his favourite part is helping customers and working with locals to support the community.

“I love what we do for local schools, as it has a positive impact on kids as well as everyone else involved. For example, in October we’re helping St Anthony’s school in Wanniassa host an open air cinema. It’s a little bit of fun, and it brings happiness to the whole community. We often sponsor the local school fetes as well.

“I still play for the ACT Vets Rugby, though now it takes me about three weeks to recover from a game. I think for the Clare Holland House Cup this year I’ll dress up as a mascot and let them tackle me!”

Caleb says that working for a bank that is owned by the community, but with all the products and services of a normal bank (through Bendigo Bank) is very personally rewarding.

“I like to travel, so when they recently announced the new Qantas Platinum credit card with Qantas frequent flyers points I was super excited. If I keep the points up I get access to the lounge, and there’s 180 days travel insurance with it which is awesome.

“Knowing that 80% of what the bank makes through products like these goes back to helping Canberra means a lot.”

If you’re interested in moving your banking to the Canberra Community Bank Group, Caleb recommends simply visiting the branch to discuss your needs.

For more information about Wanniassa Community Bank® branch, call 6231 9024 or pop in to see them in the Wanniassa Shopping Centre (Sangster Place, Wanniassa).

Denise Bourke - 28 seconds ago
insurance'll cover that Shirley View
John Killeen - 20 minutes ago
At least the new electric fire trucks will always be first on-scene to a battery fire! View
Colin Mitchell - 23 minutes ago
Nick Anderson and they don't have service to... View
Opinion 2

Nada Krstin - 14 minutes ago
Zoya, I don’t understand why you even call these people ‘smart’? What makes them ‘smart’ – a uni education or fol... View
News 10

Denise Bourke - 19 minutes ago
Not a blessing for those supposedly buying the homes for aging. Very creative and imaginative but hardly a good match. View
Gary Hatcliffe - 3 hours ago
Get rid of the pokies and I'll rejoin.🤔 View
Community 5

Warren Warrenson - 24 minutes ago
Those are some big days… carrying packs or with support vehicles etc? View
Xuan Le - 2 hours ago
I wish I knew this earlier.... View
Allan Hill - 3 hours ago
Good one Todd man. Got confidence in you... View
Opinion 11

James Daniels - 43 minutes ago
Steve Ross despite any shortcomings, NSW government support for small businesses has dwarfed that provided by the ACT governm... View
Steve Ross - 5 hours ago
As a NSW resident, trust me, there wouldn’t be any difference, no matter if they were in power! 👎🏿 View
Sport 1

@the_riotact @The_RiotACT
Are you familiar with creepy facts? If so, this ghoulish Ken Behrens #Quiz is for you! It has plenty of spooky stuff for #Halloween, plus a few other bits about Canberra and current affairs https://t.co/kjZY3kTHca (47 minutes ago)