Wasp wranglers of the ANU

ANU have announced success in their efforts to track tiny wasps:

The Research School of Biology researchers published a paper in the latest edition of Agricultural and Forest Entomology outlining a successful new tracking technique, which allows them to study insects that were previously too small to track individually.

“Bee tags were previously used to keep track of small animals, but they were too big in this case, and the electronic devices we could find weren’t going to work,” he said. “So my brother and I came up with the idea to test out microdots as a tracking system.”

Microdots were developed by the Australian company DataDot Technology, as a way of tracking stolen property. The plastic microdots are half a millimetre in diameter and contain a personalised code which can be read under a magnifier.

To test the method, the research team captured wasps around Black Mountain in Canberra and attached coded microdots to their backs with liquid paper or nail polish before releasing them. After being recaptured, 84 per cent of tagged wasps retained a legible microdot, proving the method to be effective and durable. 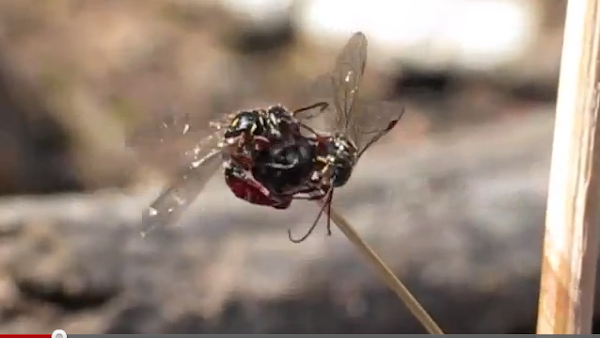 Jake Winters - 11 minutes ago
Ana Martinez enjoy mother x View
Nicole Thomson - 5 hours ago
Becky Cormack if it’s In a format for a random person to engage with (which it Isn’t) Plus schools are indicating it will... View
Natalee Gersbach - 6 hours ago
If only we had NBN, working from home and kids schooling from home might not be such a huge issue. Almost our entire suburb h... View
Food & Wine 3

OldMan Wyatt - 4 hours ago
I have always preferred chocolate rather than seafood at Easter View
FishCo Fish Market - 5 hours ago
Thank you for your lovely feedback. Anna truly loves what she does and this will mean a lot to her. :)... View
Michelle Littlewood - 8 hours ago
FishCo Fish Market Thank you for your fantastic service and exceptional seafood. Anna was wonderful when placing my order, an... View
News 32

jima - 15 hours ago
Could have told you this sort of thing would happen when it was sold 20yrs ago. Privatisation at its best. View
News 16

Paul Dowden - 15 hours ago
Laurence Kain I was there. View
show more show less
*Results are based on activity within last 7 days

@The_RiotACT @The_RiotACT
With empty shelves, panic buying and stressed customers, how are Canberra’s supermarket workers coping with the COVID-19 crisis? https://t.co/cf17uw7t3t (2 hours ago)