The new suburb of Coombs in the Molonglo Valley. Photo: File.

The ACT’s new architects chief has laid down a challenge to not just planners and builders but to us, the people who feel big is better, air-con will save the day and have given up on having a garden.

Institute of Architects ACT president Shannon Battison staked out her ground last week lamenting a cookie-cutter approach to planning, overdevelopment of blocks and the inadequacies of the energy efficiency rating system.

A specialist in climate responsive design, she says the ACT can do much better than the present six-star system without it costing the earth, especially if our homes are actually designed for the ACT environment, not for Sydney or Melbourne as so many project houses are.

For the bigger end of town, she argued the case for sticking with an architect all the way through beyond the shiny renders if we really want to see better building and quality outcomes.

As one would expect from a professional body, she is representing the interest of her members but architects are more than just about buildings. As Ms Battison says, it’s the spaces we inhabit inside and outside that are important.

So many of our new suburbs are leaving little room for the spaces that can define a quality of life – the trees and vegetation, the green sleeve that can cool a house and provide a cushion against the built environment.

Even in the older suburbs where knockdown-rebuilds are common, the new and often bigger home takes up the entire block, butting up against neighbours and detracting from the very amenity that has attracted owners to the leafy inner south and north.

One builder I have spoken to endeavours, sometimes in vain, to convince owners that with good design the new home can be smaller, cost less and be more efficient, as well as leaving room for a garden. 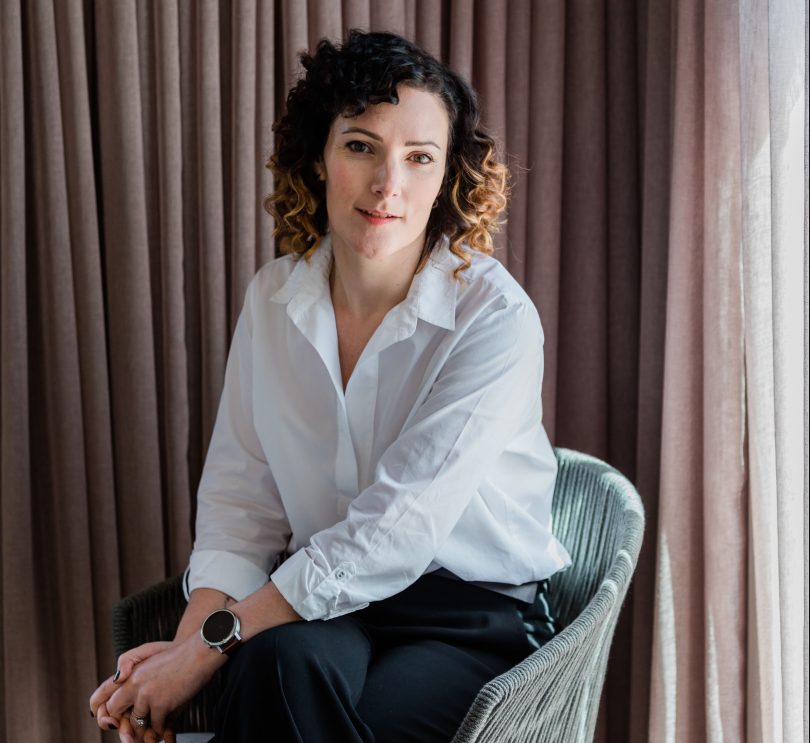 Some might say the high cost of land is forcing people to extract the maximum value from their block but they are making choices they and the community will regret.

Ironically, our increasingly searing summers and water scarcity are contributing to the artificial turf and red gravel phenomenon and reluctance to have even a maintenance-free garden.

With the cost of water being as it is, some might say why bother investing in something that will need ongoing care and will probably wither with the first heatwave of summer.

Of course, it is a false economy if the only way to survive that summer is to lock up the house and switch on the air-con, even if you have solar panels to defray the cost. The overall result will be a heat island suburb, no matter how many street trees the government plants.

For Ms Battison, home is the whole space, and it is what makes many of Canberra’s suburbs such beautiful and welcoming places to live, with their tree cover, easements, parks and off-street paths.

The other issue she took up is diversity and the sameness of design, size and typology that are characteristic of newer suburbs. She is right to argue that a mass of four-bedroom houses does not a community make. Nor does a street of multi-unit blocks.

Our suburbs should be home to all sorts of people not just families in one phase, empty nesters and the elderly in another or the young twenty somethings starting out.

We need to demand more of our planners and developers, and question our own choices. If architects can help us do that, curb the excesses of densification that Canberra appears committed to, and help prevent shoddy development outcomes, then more power to them.

This particular architect sounds like her heart is the right place but I always brace myself when a designer or politician or anyone from the property industry starts telling us how we should live. It always ends up with a lecture on the supposed benefits of high-density living, public transport, keep cups, hot desking and all the other things that spread viruses. And just like the senior public servants who push smaller workspaces while their offices get bigger, the proponents of densification seem to live in houses on large blocks. There was a time when planners and politicians were more attuned to the middle class. Not now.

So agree. The monstrosities being built here in Aranda on ex Mr Fluffy blocks! Fill the block, two stories, no garden. And ugly, they say nothing to the environment, don’t even seem to notice the feel of the suburb with its trees and bush.

Suburbs would be more livable if the ACT government applied some scrutiny to the developers’ poor planning and shortcuts.

The bigger the plot the more rated you pay so it’s a double edged sword, but we can’t all live in small pokey apartments and townhouses? Make the plots to build bigger and give some rates relief? Dedicate more space to developing the landscape instead of trying to cram everything in to capitalize on the land space – then people won’t out grow their homes so quickly and simultaneously you will create cohesive communities and good opportunities for small business.

The developers are so greedy they want to fit as many dwellings as they can on their development to make more money. Double standards as money talks when it comes to council approving plans.

The biggest problem I see from these small tight new suburbs is getting emergency vehicles in and out. The streets are so tight, I’d hate to be driving a fire truck down then

Agree with most of this. But it doesn’t mention that blocks in these new suburbs are much smaller than those in the old suburbs. My house is 100 m2 (I’m pretty sure that includes the single garage) and my block is 240 m2. I rarely even open my windows because I can hear my neighbours breath… I never use my tiny yard. There are barely any open spaces in the suburb. No room for large trees. And we drive everywhere.

Increasing density close to town centres makes sense, if they preserve open spaces. But they missed an opportunity to create suburbs with a rural feel that would’ve seemed like a good trade off for proximity to amenities and public transport. But now they created soulless ghettos instead.

So why did you buy it?

Lin Van Oevelen actually the article does talk about the smaller block sizes and the effect that this has on the house specifically the cool effects of having a garden.

Also I would suggest it is next to impossible create suburbs with a rural feel AND maintain proximity to public transport and amenities.

In many ways one of the biggest issues with Canberra is the older suburbs like those in Belconnen are (kinda) just like that but that is what then makes it hard to provide public transport.

And it what leads to the dilemma the government has in providing pubic transport that goes past everyone’s doors and is fast and often.

That’s what I mean, Ashley. I’d feel better about having to drive everywhere if it was a green and spacious suburb. Same as I’d be able to reconcile myself with having a small block if I could walk to places and public transport. But it’s topsy turvy now.

Edgar, I think you’re probably smart enough to answer that question yourself.

Lin Van Oevelen If you want green and spacious pop over the border to Queanbeyan “Country Living, City Benefits” is the town’s motto. I have a huge yard, with 4 huge trees (taller than my 2 story house) which provide shade, and lots of shrubs etc, it’s true the public transport isn’t great but it’s a 25min drive from Civic and Woden. 🙂

Canberra is trying to become a city state, like Singapore, you won’t get a large block for a cheap price there any more.

Not everyone wants a big yard to maintain, but no one deserves to have cars passing just metres from their bed . I’ve lived in all parts of Canberra now and fled Gungahlin.
With no room for street trees, no where to park on the road, you end up with cars on the narrow nature strips and no shade. And your placed on all your boundaries so you can’t open anything to get a breeze.
It’s not central. It’s not handy. It’s not beautiful.
Instead, short narrow blocks with wide nature strips allows for good sized shade trees, screening from road and reduced sprawl.