Weighing the risks of a potential Goulburn poultry farm 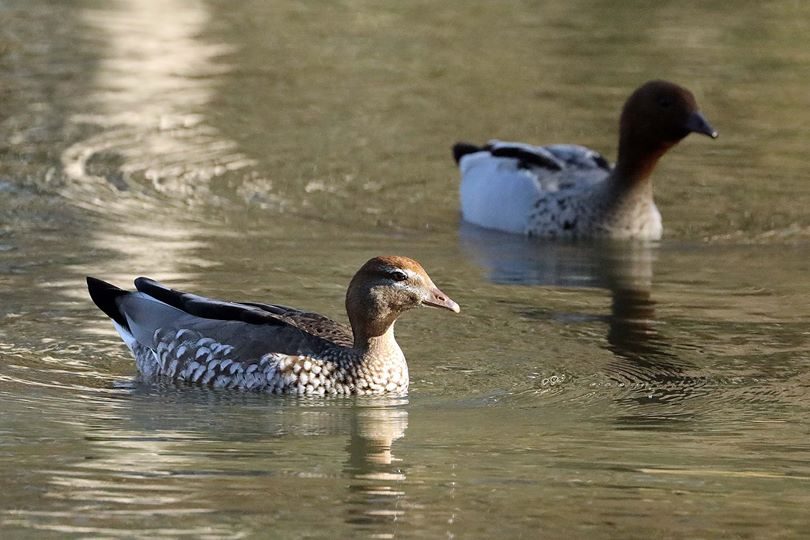 Wild ducks are a welcome addition to our biodiversity and are often a reminder of the extra care needed in agricultural enterprises. Photo: David Flannery.

About seven years ago, wild ducks landed on a pond at a property near Young, 139km from Goulburn.

The highly infectious H7 avian influenza (bird flu) they were carrying spread swiftly through the property’s free-range chicken farm into the caged sections which were all rated world-class for biosecurity.

All 400,000 layer hens and three million eggs were destroyed. The warning from NSW Department of Primary Industries’ chief veterinary officer, Ian Roth, at the time holds true for Goulburn today.

“I think what people aren’t quite aware of is that in our wild water fowl in Australia, H7, H5 and other H types [of avian influenza] are regularly identified in those ducks,” he told ABC rural reporter Lucy Barbour.

Goulburn may seem a long way from Young, but in an emerging chicken farming and processing industry about to increase substantially, agricultural and business interests are focused intently on Goulburn, which is also home to Southern Meats, a substantial sheep meat processor.

For decades, poultry farming has been identified as a potential industry for the Goulburn region, which offers excellent transport and proximity to markets, primarily in Sydney.

Woodlands Ridge Poultry is proposing a poultry project that will process one million broilers each week, create more than 260 ongoing jobs and generate economic activity worth tens of millions of dollars. However, the project will threaten Goulburn’s population growth because of its drain on water, according to submissions responding to the proposal.

NSW Department of Planning, Industry and Environment is working through 34 submissions which have responded to the $84 million poultry project in Sinclair Street on the city’s northern outskirts. Operating 24 hours-a-day, seven-days-a-week, the mixed-use development will accept chickens, turkey, geese and quail from broiler farms for slaughter, processing and packaging, and include a wastewater treatment plant.

One objector, on biosecurity grounds, comes from Aviagen hatchery in Goulburn.

Located 4.7km from the proposed site, the Aviagen egg hatchery on Tait Crescent, South Goulburn, produces more than 70 per cent of all breeding stock for the Australian broiler and breeder industry.

Aviagen said Australians consume 14 million chickens each week, and more than nine million of these chickens’ parents are originally sourced from its hatchery in Goulburn.

“To put this into perspective, the breeding stock supplied by Aviagen in Goulburn is what ensures the security of supply of broiler chickens to all Australians,” said the hatchery.

Aviagen said the proponent and planning agencies have not considered potential biosecurity risks the poultry development specifically poses to its hatchery. It says the consultation program excluded agricultural operations, including Aviagen, in the Goulburn Mulwaree local government area, and focused only on local businesses within an 800m radius of the proposed development.

A submission from The Goulburn Group (TGG), which has a 12-year record of initiating and influencing sustainable developments, is alarmed by the proposed operation’s water use.

Region Media previously reported 40 per cent of Goulburn’s water supply would be required daily for chicken processing. TGG says the proponent’s environmental impact statement relies on outdated rainfall data, and that rainfall has been in decline for years.

TGG says Goulburn’s water security today relies on a source outside of the region for future population growth, but this would be swallowed up by the proposed development. Goulburn Mulwaree Council makes the same point in its submission and adds that increased demand would trigger upgrades to infrastructure and possible caps on water supply to reduce the impact for the community.

In recent times, countries around the world have had to decide whether a healthy community is more important than their economies. Goulburn is now at such a point with the emerging poultry processing industry.

Ol L - 46 minutes ago
Canberra. If the traffic gets bad just put in more traffic lights, that’ll work real good…..check out Hindmarsh Drive Phi... View
Deepak Ramanath - 2 hours ago
James Forge Wow, where is this? View
James Forge - 2 hours ago
Deepak Ramanath the government is about to demolish an overpass and replace it with yet another set of traffic lights View
Opinion 188

Jenny Graves - 1 hour ago
Kit Oates those people who get impatient, in my experience, tend to tailgate. If you don't, then that's great and I apologise... View
Francesco Merlino - 2 hours ago
Alex Dee Alex Dee I hope you are right! View
circe64 - 4 hours ago
There is a road going into Gungahlin where 90% of drivers clearly show they don't read road signs. They drive 60 in a clearly... View
event 1

Dom Polegubic - 1 hour ago
This is a good link to an intro to Croatian wines: https://winefolly.com/deep-dive/introduction-to-croatian-wines/... View
Lifestyle 2

Shay Daisy - 2 hours ago
So sad. Please everyone be careful out there. Be patient, observant and kind so we can all be safe. View
Breaking 11

cats2dog1 - 4 hours ago
Batteries – with lithium ion or lead acid will be the new asbestos problem In 10 years. Salt-water batteries less of a prob... View
chewy14 - 6 hours ago
Capital Retro, That's the point though, you didn't even need "spare cash", the offer was so good that it made financial sense... View
Property 34

Dave N Ange Greer - 5 hours ago
Disappointment not only for coombs but all the other nhc practices as well. 😔 View
News 46

omrited - 7 hours ago
When excellent teachers retire and their expertise is not in anyway tapped by the department, their knowledge , resources and... View
show more show less
*Results are based on activity within last 7 days

@The_RiotACT @The_RiotACT
Get fired up because we've found three of the best #KoreanBBQ restaurants for your next Korean feast in Canberra https://t.co/BQvwi7Rum1 (4 hours ago)