What drugs are the best business in Canberra? 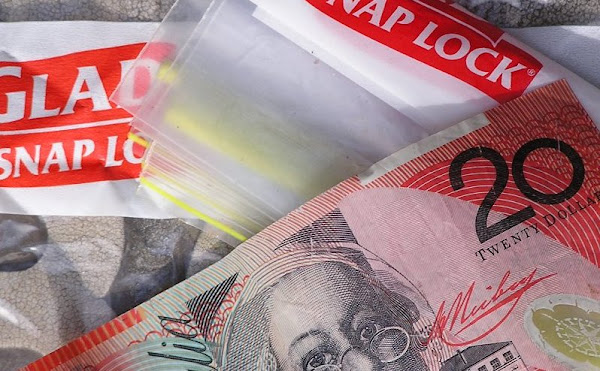 I’m putting together a business plan for my crime gang and still have some unanswered questions. A brief read of “The Illicit Drug Data Report (IDDR) 2009–10” has forced me to change my plans.

Originally I thought Pot was a good choice as it didn’t require a gun and the minion’s might be pleasantly useful.

Unfortunately whilst Cannabis remains the dominant illicit drug in Australia in terms of arrests, seizures and use, actual cannabis use has declined.

So which drug or combination of drugs is best to deal?

Which drug has the best minion’s and cashed up clients?

28 Responses to What drugs are the best business in Canberra?
Filter
Showing only Website comments

You’ve got it in one Astrojax; booze. Get some wicked stuff called ‘Spiritus’. It’s Polish (or polish) and is over 90% alcohol (hence calling it polish as it will probably etch alloys). Two or three 25ml shots and instant maggot. Kids’ll love it.

Extortion feels dirty. I prefer a product and service business.

Amway? It should be illegal, but it’s not.

Extortion feels dirty. I prefer a product and service business.

I tried that.
Good stuff, really makes you lose your head.

Pah, rubbish, that geezer in Sydney had one on that girl and he didn’t even manage to get her to take her clothes off.

bugger that, you get hardly any buzz and they hurt when you snort them.

IMO, in Canberra, you don’t want to be a dealer or a distributer, Canberra is small and word gets around too quickly as it is. I have always imagined the best position would be the “middle man” that passes the drug between distributer to dealer. The less time you are in contact with the substance the better. Plus being the middle man allows you to have information on where the substance is coming from and where it is going. Which, if you ever get caught, may come in handy when you need to rat out!

I think its drug sluts that want freebies. Whores know the value of cash and pay with ATM fed $50 note’s. No fuss. The only down side being their working hours requires a night shift. Far from being a drain they represent a trusted, profitable client, who can provide referrals for new customers and repeat business. They are VIP clients and will be catered to as such.

I doubt that a canker sore counts as a freebie

P.S. the pic is very misleading as you cannot buy anything that would fill those bags for $20.

$20 is for phone credit. I plan to steal my first stash with the help of Tooks.

what was that stuff that miley cyrus got busted smoking? salvia? wtf is that?

you smoke it, it makes you trip out for a couple of minutes. from the videos i’ve seen, the trips are pretty intense…

what was that stuff that miley cyrus got busted smoking? salvia? wtf is that?

Cocaine is probably your best choice, as the top level dealers are a little less nasty and there are a multitude of chemical processes to hide/store it that are unlikely to be detected unless intel is provided.

And that’s where the problem arises. Intel. Not many drug busts are actually made as a result of blind or opportunistic investigation, most rely on someone getting paid or seeking favours for information that has come their way. So, you probably need to either be well-enough in to a cartel to be more valuable than your hide alone or be well enough liked for a while until pure greed sees you come undone, or.. feared enough to not have to fear the cartels yourself, and that’s very frickin unlikely.

Of course, with decent financial backing and a brain the size of Queensland you could probably outwit both the cartels and the authorities and make a moderate pile of motzah, enough to retire to a villa by the ocean and never have to work again. Investing in a couple of yachts and a remotely piloted/autonomous submersible pod for later retrieval would probably work, but you’d be looking at a five year plan to get all the details sorted.

Easier just to work for a living in the long run, saves the hassle of spending the rest of your life looking over your shoulder in case someone foundf out.

“I’m putting together a business plan for my crime gang and still have some unanswered questions”.

Brice Smith - 2 hours ago
Malcolm Snow is a conservative. Got nothing to do with Barr. View
Brice Smith - 2 hours ago
Good old conservative Malcolm Snow, strikes again. That’s the type of dumbassery we get from the Libs... View
Cary Elliot Johnson - 5 hours ago
Get out. And i was feeling positive about asking Mr Gentleman about getting a Batcave Interchange developed in Lanyon. Booooo... View
ACT Election 13

Darron Marks - 4 hours ago
When the construction moves so will the priorities for Government to build new infastructure. And it would have been the same... View
ACT Election 11

Jason Preston - 6 hours ago
Buying your vote with your kids View
Jesse Mahoney - 9 hours ago
Y'all are arguing with someone who likes Pauline Hanson. I wouldn't waste your energy View
John Hartley - 10 hours ago
Labour drunk on money till there is none left then tax go up there a joke and have and will be for a long time View
Lifestyle 8

Toni Higgins - 6 hours ago
Shame facebook cant b used for good only instead people like to b nasty and put people down all the time.wonder if they would... View
News 7

Jess Peil - 7 hours ago
This is so exciting! View
Roland De Saxe - 10 hours ago
Great idea for Eden area View
Talla Mc Bogan - 15 hours ago
happened in the otways ,, mountain bikes took the moto tracks ,, they only use a small area though ,, so plenty of moto track... View
Property 3

Scott Humphries - 12 hours ago
"Braddon of the south" . So the light industry and commercial businesses will eventually be pushed out by apartments, just as... View
Marc Edwards - 14 hours ago
And 5 minutes later the residents will all start complaining of the noise etc. Some areas should remain commercial, not every... View
Jp Romano - 17 hours ago
A great area - great building and a great developer. View
Opinion 31

Charny Barney - 18 hours ago
Are there any more policy promises they are going to back flip on? Alistair's indecision and poor decision making is not a go... View
Sue Ellen - 23 hours ago
Elroy Jones Yes. It's one of the prettiest areas of the lake. It used to be nicer before they bulldozed all the trees on the... View
ACT Election 20