What exactly needs to happen NOW (or maybe MON)? 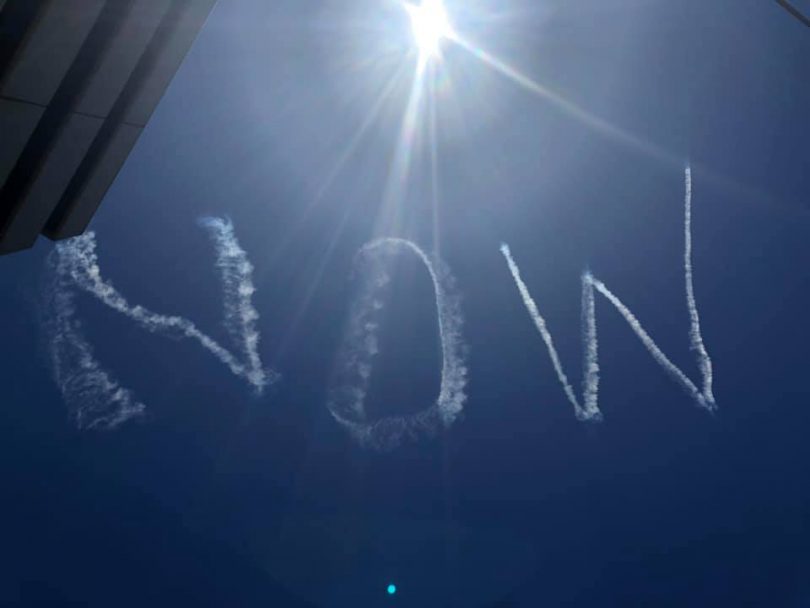 Most often the words in the sky are pretty clear: Marry Me, perhaps, or even No Tax. But at around 12:30 pm, Canberrans were mystified by the appearance of three letters that could be urgent (NOW) or making a date for the future (MON).

But what does it mean? Commenters on the Canberra noticeboard group speculated it was everything from a date night to an abbreviation for the name Monica.

Others pointed out that when pilots are training for skywriting, NOW is a good word to practice, as connecting to O is widely used, while N and W help with joining straight lines and making quick turns for each line before wind moves the line. 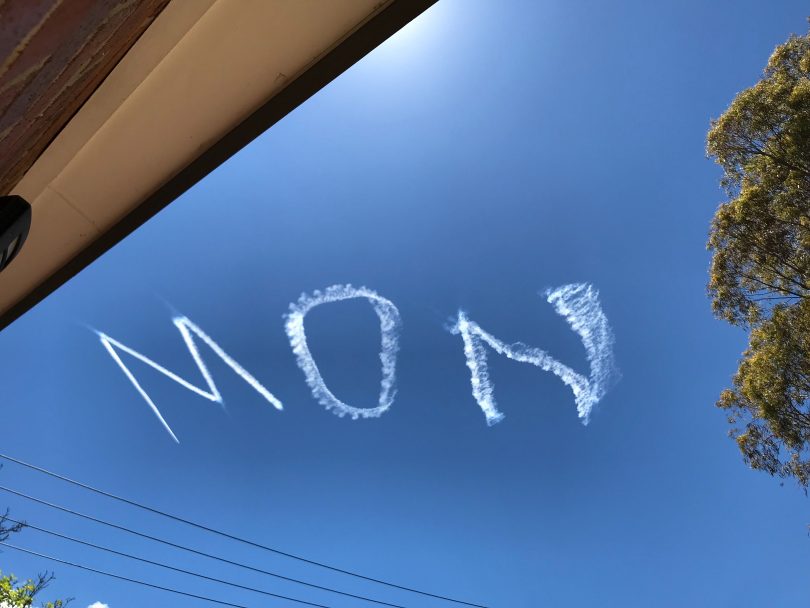 There’s still other speculation that the skywriting might be connected to a protest against children in refugee detention on Manus Island. But if so, it’s a far from clear message for the vast majority of viewers.

Region Media has attempted to call several skywriting companies without success, so let us know what you think. What does the message mean?

Andrew Sellers I patiently waited for the end result.

I saw that and thought I’d been transported in a time warp back to last year when Christian fundamentalists hijacked the skies over Sydney urging people to vote no in the same sex marriage plebiscite.

Aaron Stone I saw this and wondered what it meant!

NOW was organised by Clean Energy for Eternity. NOW is the time to act on climate change

Meeko Jaiyawong Kirsten Tahlia Nasser Jessica White Hayley Conna Tahlia Sense climate change apparently, what better way to do it than a plane that’d be pumping heaps of fumes into the sky 🤔

Pumping heaps of fumes? Good on ya

Essen Rad 😂 it was for me

Ohh I thought it said ‘mon’ from where I was looking haha.

Climate change thing I’m pretty sure. There was some huge meeting with the world leaders and David Attenborough real recently.

Guin Guinster I miss you!!

Does anyone remember WE ❤️ AUSSIE NUTS

Action on climate change NOW. That’s it! This was no training exercise. We are starting a bloody revolution on the Far South Coast of NSW, and we are trying to get our message to Canberra. This is our 10th NOW sign, and I am working on 100 before the next election. Anyone want to join in? Here are our 10 NOW signs….https://youtu.be/q_tD8_jVAig.

Still not sure Melanie Bottrill

Alex Rea this is a nice shot.

Hahahahaha! Marjorie Cooper! I thought it was someone learning how to sky write & trying to write Mom…or Mum to us Aussies! 😂

Michael Caggiano Bede Gahan clearly this was a message to the FFA.

Well given that the N was more diffused than the other letters, it was probably written first. The word was most likely “Now”

Katie Urquhart ah, was not meant to be Mon

Jordan Mulach I know what I read

Ahhh the bloody Christians! Got us good Coral O’Callaghan

Shane Strong what we saw today

Contact your federal MPs and tell them to vote against the anti-encryption bill. https://junkee.com/encryption-assistance-access-bill/183994

it looks like Labour is backing it as well.

That would be KON.

Daniel Duncan as in, do it now.

cheap shot! There’s always one. Thanks for the feedback!

While flying around for an hour burning aviation fuel 💁🏻‍♀️

Tony Morris you a climate scientist??

I love that you used my photo 🤗

There is irony. How much carbon and fossil fuel went into creating NOW? 🙄 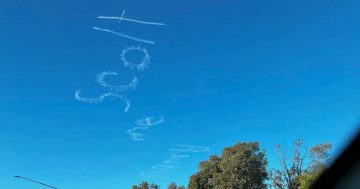