Experts in buying, selling & renting
Your property, your future
8 February 2021 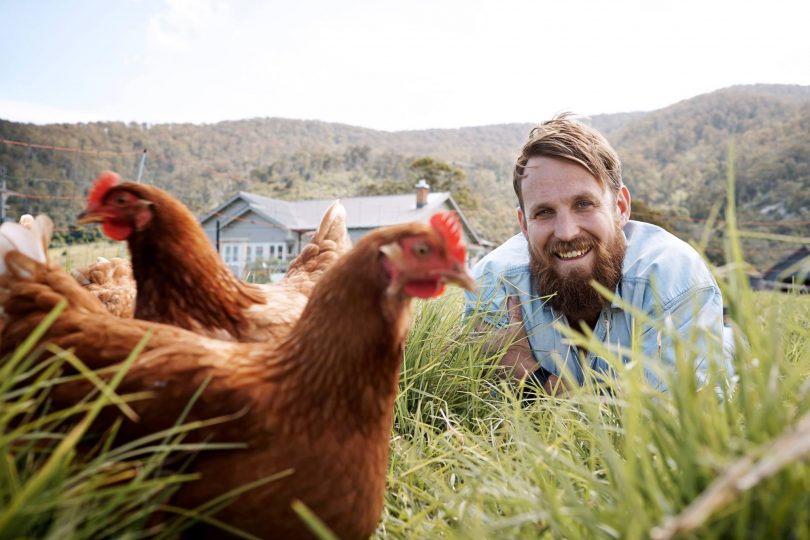 It’s hard to imagine that the popular lifestyle television series, River Cottage Australia, stopped filming five years ago. However, its ethos of showcasing local, seasonal produce lives on in the show’s former host Paul West’s current work and the cottage’s new incarnation as an Airbnb.

These days, the chef is living with his young family in Bermagui, on the NSW South Coast, in a house they bought during their River Cottage Australia days, 30 minutes’ drive from the old TV set in Central Tilba.

Paul juggles hosting a weekday breakfast radio show on ABC South East NSW, taking care of his eldest son, Otto, and youngest, Bowie, in between school and daycare, teaching a wrestling class at Bermagui Surf Life Saving Club – a hobby he started about five years ago – and taking his famous dog, Digger, to the beach every day. 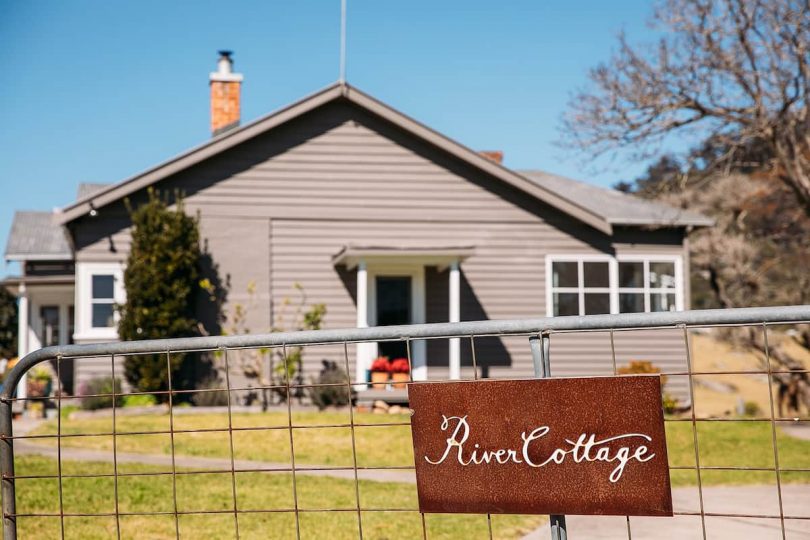 “Digger is now eight and settling back into life on the coast after what was a pretty unenjoyable two years in Melbourne,” says Paul. “I think he felt he’d fallen from the high life on the farm in Tilba to a suburban backyard in Melbourne.”

When River Cottage Australia wrapped up in 2016, Paul and his wife, Alicia, chased work in Newcastle and Melbourne before returning to the region they’d grown to love during filming. However, the 18 months that followed weren’t easy, with bushfires and the COVID-19 pandemic throwing life up in the air.

READ ALSO SAS Australia season two to return in 2021, but where?

Appearing at food and lifestyle events around the country had been Paul’s bread and butter for the previous three years, but that work dried up with the onset of COVID-19.

Instead, he took work wherever he could find it, which for the past year has been on a friend’s oyster farm at Wapengo Rocks in the Bega Valley Shire.

Paul admits his plan to grow a vegetable garden at home, reminiscent of the one that thrived at River Cottage, took a back seat while he and Alicia looked for work. 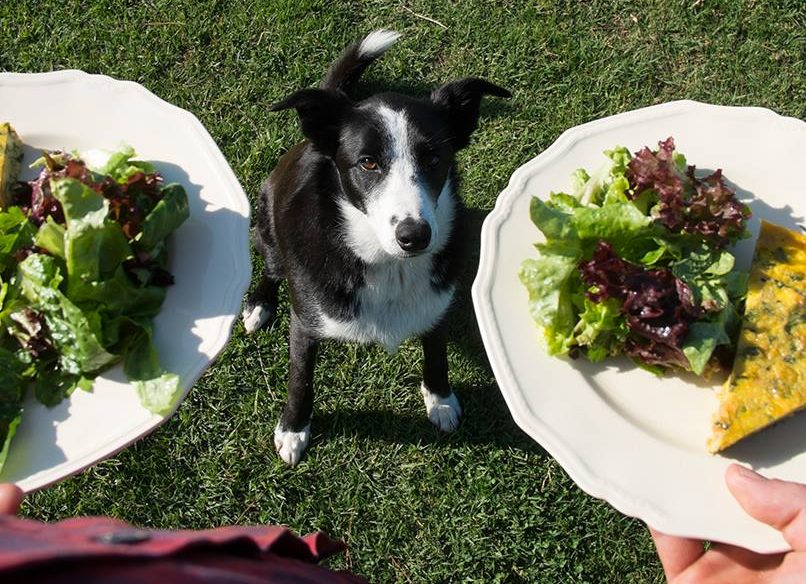 However, that will soon change with Paul about to start work on a new book, due to be released before Christmas 2021.

“It’s probably one of the worst vegetable gardens I’ve had in a very long time,” he says. “But now that we’re a bit more comfortable at home, I’m going to refocus on the garden.

“The book is going to be about growing food in backyards and community building – basically looking for people to try their hand at growing and cooking food as part of a community.”

Thoughts of days spent at River Cottage are never too far away for Paul, who said he would happily take the call to go back, although that is unlikely to happen.

“There were discussions about getting the old crew together and filming again, but I don’t think it’s ever going to happen,” he says. “I think we’ve seen the end of lifestyle TV on free-to-air and pay TV. They’re relatively expensive to make and a lot of lifestyle presenters have moved into the YouTube space.”

While many fans have settled for repeats of the show, there is the opportunity to recreate the experience at the cottage.

The Airbnb is already a popular escape with River Cottage Australia fans, particularly those who want to have a go at cooking in the cottage’s iconic country kitchen, according to owner Tristan Diethelm. 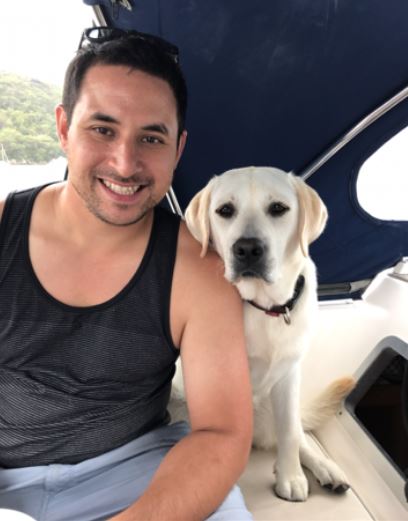 The Sydney-based builder considers himself something of a cook and was taking a rare break at the cottage when Region Media called for an interview.

“I come down when there’s an opportunity to stay, but the Airbnb has turned out to be more popular than I expected and bookings have been heavier than normal since everything opened up again [after COVID-19] so it’s been harder to get in,” says Tristan.

“People love to come and cook, and source ingredients from the local markets or around the area. “It’s quite an equipped kitchen. I’ve made sure you can do everything from baking to cooking a roast, or something extravagant.”

Up to six guests can stay at the three-bedroom property for $380 night. Included are four beds, hilltop views of the ocean and the roaming green pastures that are home to the neighbour’s cattle and horses.

Tristan bought the nine-hectare property from Keo Films in 2017 and has spent the past three years touching up the cottage, including rewiring and replacing floorboards. However, now his sights are set on the property’s old dairy.

“The cottage runs really well as a three-bedroom Airbnb, but down the track, it would be great to turn the old dairy into two bedrooms or a studio so I can host two families or about 10 people on the property at once,” he says.

While managing the property remotely from Sydney has meant the once flourishing veggie beds are no longer, Tristan is working his way up to hiring a gardener and, like Paul, is always hopeful the property will feature as a television show set again one day. 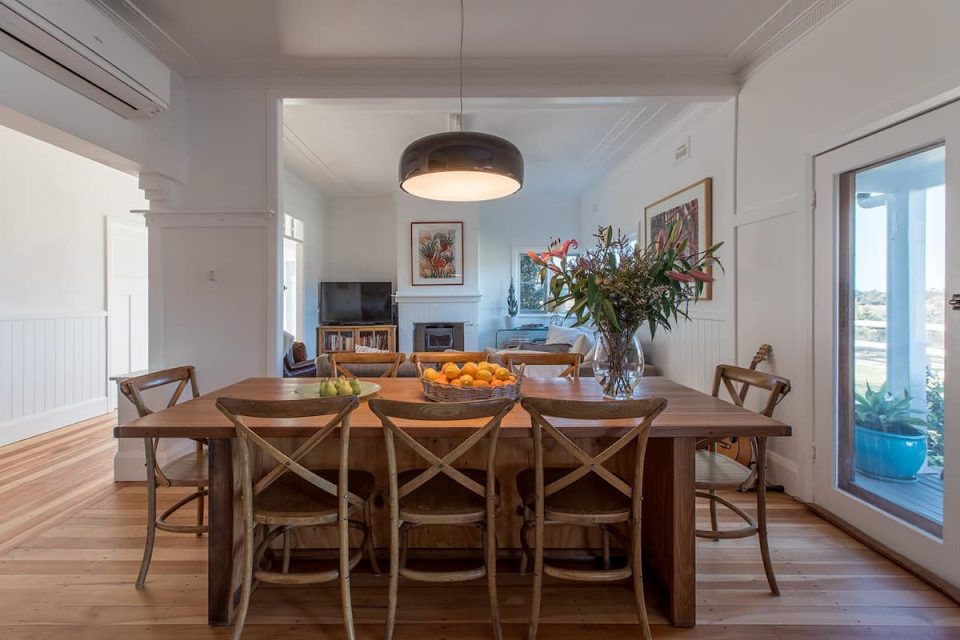 Inside the River Cottage. Photos: Supplied. 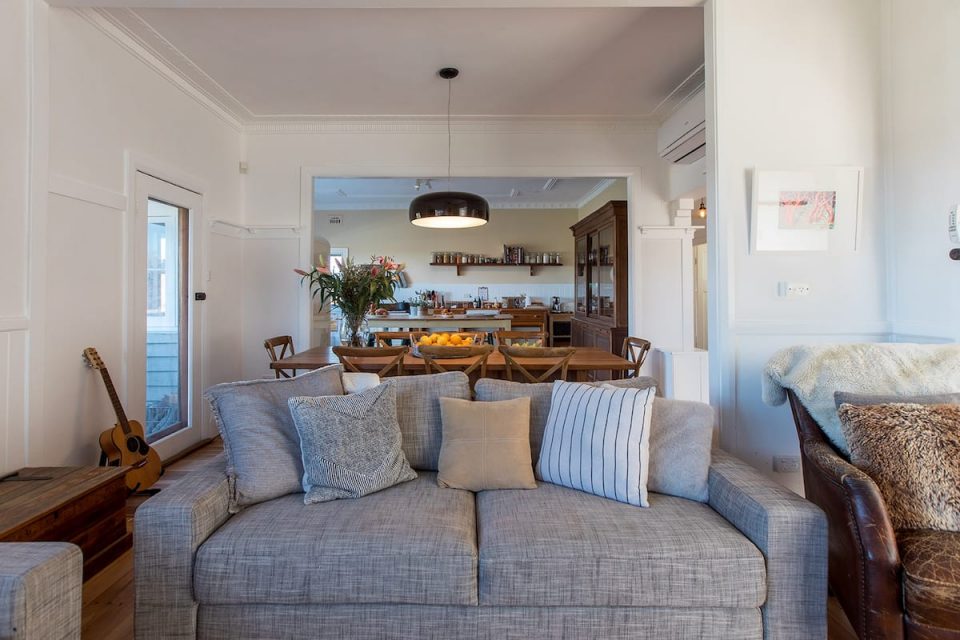 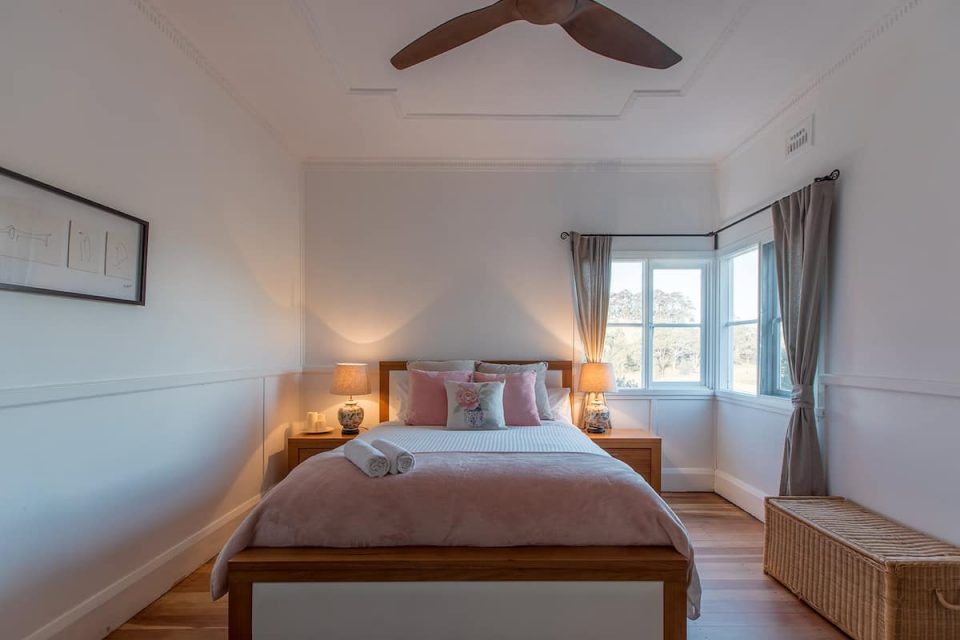 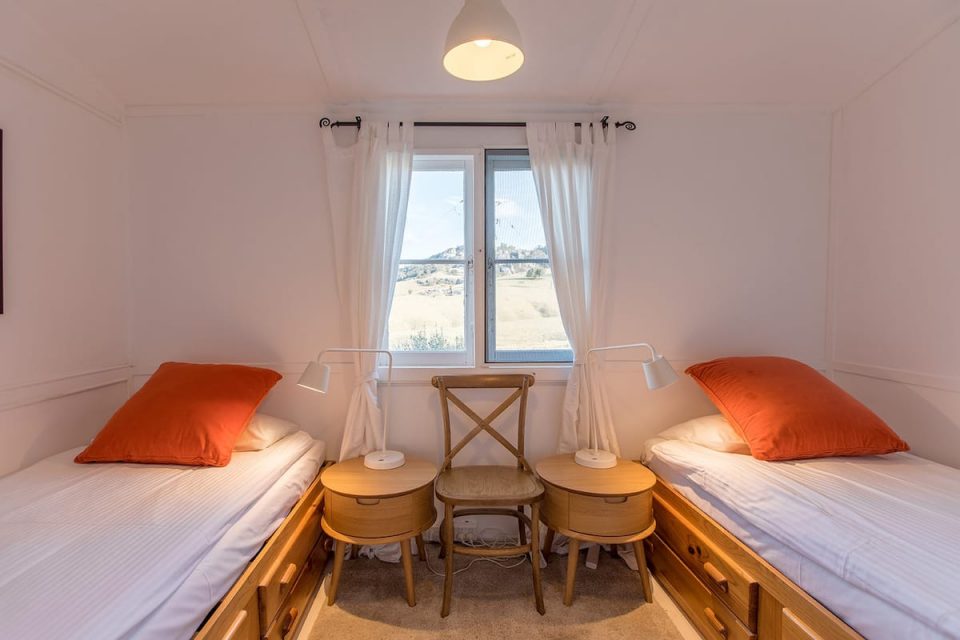 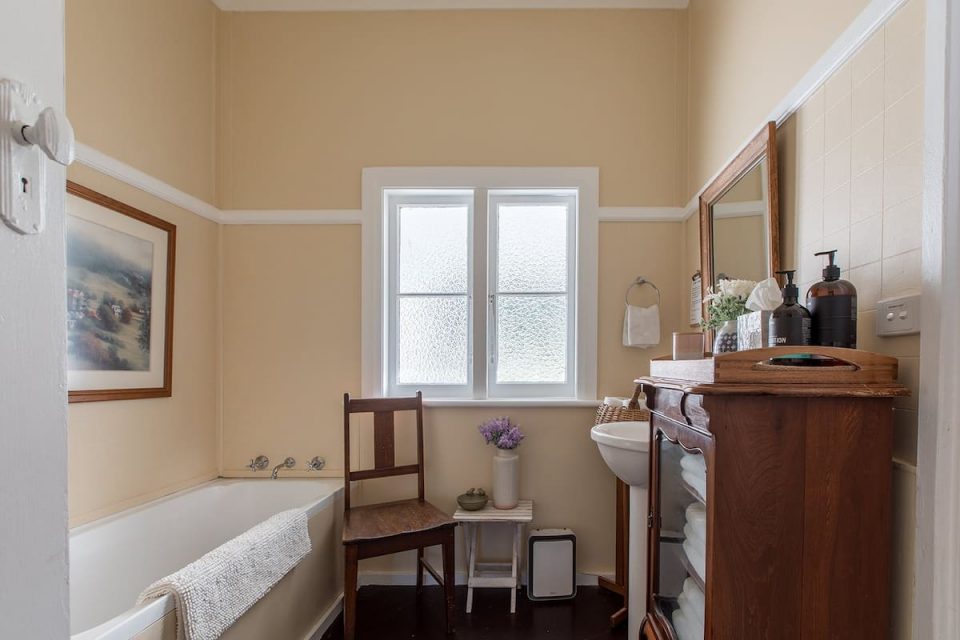 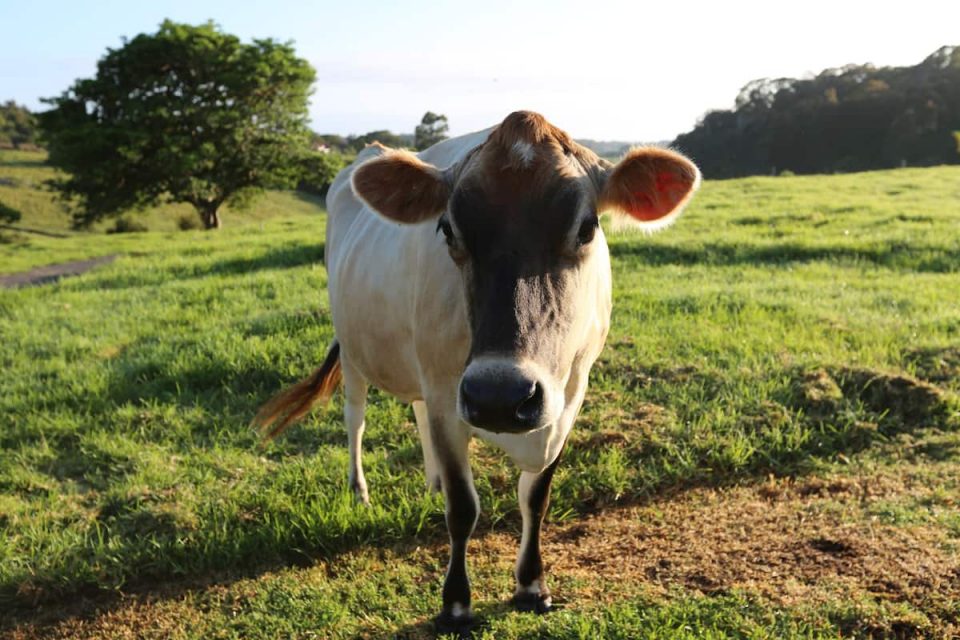 Sharyn Morgan, you were speaking about him today

Oh dear I am so naive. I thought he owned it!

Was my favourite as well.

Absolutely enjoyed his show. Really is a beautiful place around Tilba and surrounds. Great presentation of show as well as positive community interaction and spirit. Wish Paul and his family all the best in their future endeavours.

Love him on southeast radio 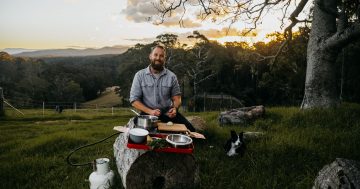 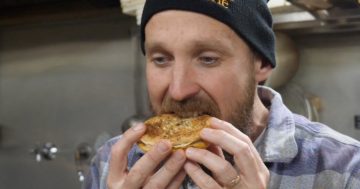 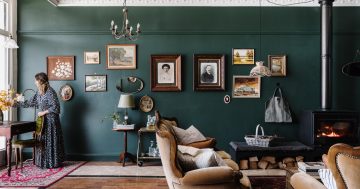