Very exciting news coming in via YouTube. It is guaranteed to be one awesome night at the Polo for the launch of a new Beth n Ben EP:

Canberra favourites Beth n Ben are back with the much-anticipated release of their third EP ‘Scenic Roots’ through Green Media on October 11th 2013. After the success of their first releases ‘Boarding Pass’ (2010) and ‘Economy Class’ (2011), the band decided to spend a bit more time and take the scenic route in the development of the new CD, experimenting with new genres and instruments. While staying true to their upbeat, happy go lucky vibe with tracks Walk On, The Musician, and Less than More, the band has experimented with a softer folk approach in the songs As the Hail Rains and Just Enough.

This diversity will be highlighted in the slightly unusual format and line up of the launch party which will be opened by up and coming acoustic folk rock act Brother Be. Beth n Ben will then take the stage to play their entire discography adding trumpet, sax, cello, and percussion to their standard four-piece lineup before the aptly named Party Gravy round out the night with their New Orleans style Big Brass Band sound.

Beth n Ben will be hitting the road in January to tour the release with plans to head to Sydney, Melbourne, and Brisbane with a bunch of shows in between including Newcastle, Lismore, Byron Bay, Yamba, Port Macquarie, Salamander Bay, Bulli, Wangaratta, Warnimbool, and Ballarat. 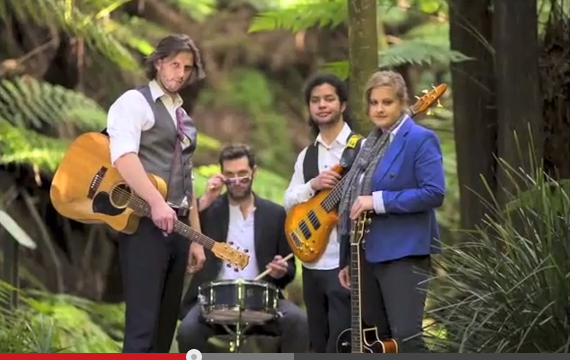 Lorna Towers - 16 minutes ago
You couldn't afford all the meat you get at a real Brazilian BBQ. View
Jodie Sharples - 4 hours ago
Julie Warren this answers our questions from yesterday View
Amy Stewart - 13 hours ago
Mark Turner this is what we drove past… View
Opinion 17

Julie Macklin - 18 minutes ago
Dingo Dom Shanahan No, the bus interchange needs to be better incorporated into the centre of the city, not removed. More peo... View
Richard Orchard - 47 minutes ago
Retail space is always troublesome to rent out- it’s either that landlords want rents and leases, with personal guarantees,... View
chewy14 - 4 hours ago
JC, $60million a year for one stage of light rail that services a tiny minority of the population. With the government commit... View
News 63

@The_RiotACT @The_RiotACT
@CSIRO has proposed a new National Collections building to be constructed at Black Mountain Science and Innovation Park in Canberra at a cost of $70m https://t.co/74MuQPOFXA (37 minutes ago)

@The_RiotACT @The_RiotACT
Messages of condolence are flooding in for the family and friends of a Canberra man killed while watching the Finke Desert Race near Alice Springs on Monday https://t.co/sDzPaNDQvg (57 minutes ago)