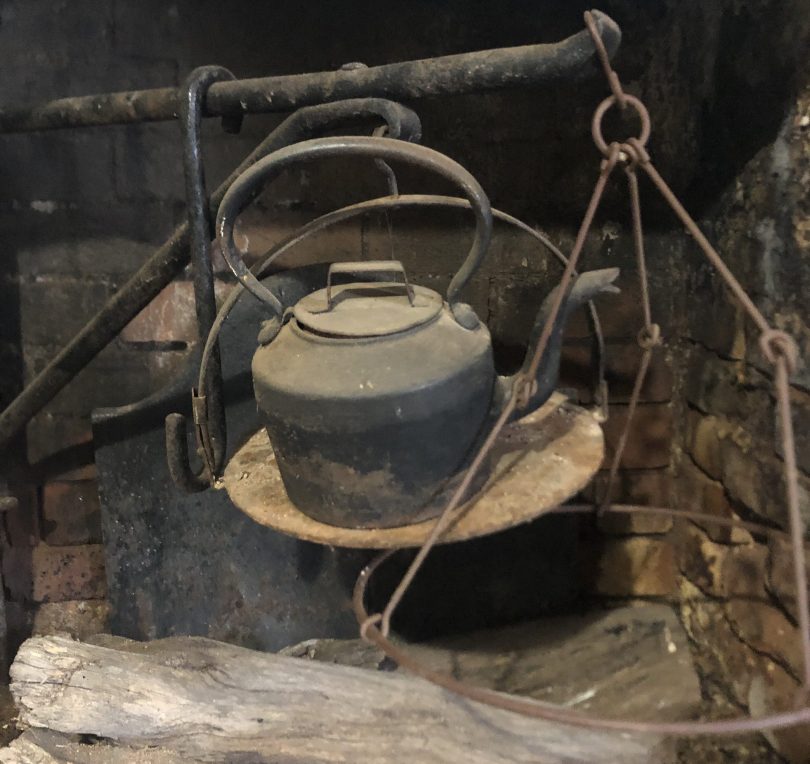 Some of the best remedies start their lives on an old wood stove in a country kitchen. Photo: Sally Hopman.

We know the National Trust of Australia as a trustworthy organisation, a beacon when it comes to protecting our history. But did you know it also advises humans as well as buildings on how best to look after themselves?

It’s all in a treasure of a book, Take it on Trust, which although published in 1978, still very loudly rings true today with its advice on everything from ‘curing’ baldness to keeping bread fresh.

In this first of an occasional series of information you probably didn’t know you needed, and probably should take with a grain of salt, keep in mind three things:

So what have you got to lose (besides more hair and probably all your friends if you read through right to the end).

Here’s what it says about baldness, courtesy of The Housewife Guide, published in Hobart in 1930 by SF Madden:

“Whisk the yoke of one egg with an equal quantity of squeezed and strained juice of chopped and cooked Spanish onion. Add thereto as much crude cod liver oil in quantity the same as the two foregoing and whisk the whole for five minutes. Perfume this mixture to mask its disagreeable odour. Bathe the scalp in warm water and rub a little of the mixture into the scalp every night. This remedy will not be efficacious if the roots of the hair are already decayed. If it’s successful, you’ll probably have lots of hair but no friends.”

It also offers another suggestion. Again, it’s one unlikely to win friends or influence people:

“Rub the scalp morning and evening with onions till it is red, and afterwards with honey.”

But if you’re after something to help thicken and straighten what hair you do have, you’d need to be pretty desperate to try this suggestion from The Practical Housewife:

“Skim the fat from the top of calves’ feet while boiling; mix with a teaspoonful of rum; shake together. Apply night and morning.”

To keep bread fresh, wash and dry a large potato and put it in the bottom of a bread tin. If the bread gets too fresh – like it wants to meet other loaves in small cramped spaces – place it in the freezer to cool off a bit before trying to slice it again.

“If you have reason to suspect the bedding in your lodging house has fleas, ask for some mint to be brought in from the garden and place it under the bed, and also under and on top of the mattress.”

But if flies are more of the problem and you’re not planning a dinner party any time soon, “place a piece of camphor on a red-hot coal shovel and place on a brick in the centre of the room and flies will disappear quickly!”.

So, too, will everything else.

One of the less smelly remedies offers help for those who want to remove freckles. Personally, we think there should be a remedy for encouraging freckles, but here goes anyway:

We’ve kept the best, and clearly most helpful, for last. To make an emergency ice bag “fill an old rubber glove with ice, tie at the wrist and clap it to the brow. It may not fix your hangover, but the sight sobers up everyone else very quickly”.

Stay tuned for the next instalment: how to train husbands and get rid of warts with broad bean pods (not necessarily in that order).