Where to see the Royals (assuming you’re that way inclined) 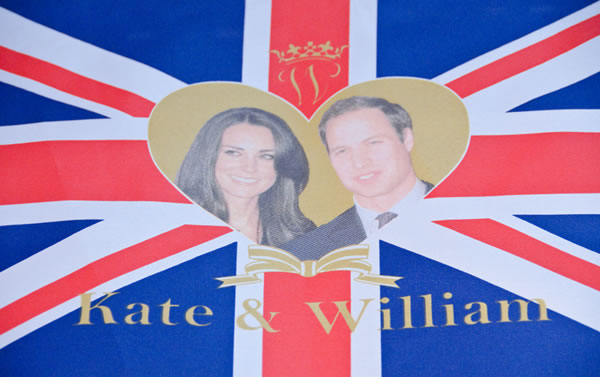 Next week we will be sharing our fair city with real life Royalty. As ‘Wils and Kate’ or ‘the Duke and Duchess of Cambridge’ (depending on how familiar you feel, or how formal you may or may not be) prepare to visit, and my house goes into some form of light excitement over this, it makes me question once again our status as a monarchy.

I must confess, I was always a bit anti monarchy. I wasn’t entirely sure what the value was to Australia or where the relevance was in modern society. And, in all honesty, calling for a republic seemed the cool thing to do. I remember the referendum and the discussions about the failings in the offerings given under a republic. I also remember my mum (whose own mother was English and staunchly pro-monarchy) telling me ‘Australia will be a monarchy until the Queen stands down or dies’.

Fast forward quite some time and I now look at the Royals from the perspective of someone who called England home for ten years and returned with an English husband. Living in England gave me a fondness of the Royals. I couldn’t help but have a level of respect for a woman who had lived her life to serve a nation for 60 years. I mean, imagine not being able to say what you really think, having to wear hats everywhere and always being looked to for the answers. I started to wonder what she had seen and really wondering what she honestly thought about the British PM (Did she think Gordon Brown was the buffoon I deemed him to be in my antipodean wisdom), the slick American President and the state of affairs internally and externally?

And now I am home and I still have a fondness for them, and an odd curiosity. That being said, I firmly believe we should stand on our own two feet as a Nation and become a republic, but the right time will come for that and we’re unlikely to get it from Tony, who still wants the good and great to be Knights and Dames.

I do however now have two daughters, the eldest of whom is 5 and obsessed with Princesses. When Charles and Camilla were here last year, we picked flowers from the garden, painted Union Jack flags and went along to hand Camilla a bouquet. The excitement from my daughter was something to behold.

So, we will be going along to one of the events next week, best party frock on and flowers to give to the ‘Princess’, perhaps with the hopes of seeing a baby Prince. And my daughters will be spell-bound.

In case you are a loyal Royalist yourself, or like me, have a bit of an interest or a Princess obsessed little person – here are the details on where to see them.

I do hope Canberra puts on some beautiful Autumnal weather for them, as the idea of them reporting back about Canberra being pretty spectacular does make me very happy!

For the Royal watchers, Princess lovers and just plain curious:

Morning of Friday 25 April
The Australian War Memorial
10.30am

And we won’t be seeing Prince George. Diana carried Wills around Australia including a tour of the Sunshine Coast in early 1983, apparently Kate is too regal to do the same with George.

Actually when Charles and Diana where her in Canberra back in 1983, they opened the library at Erindale College (of which I was a student at the time) and there was no Will in sight!

I want to see what spin he puts on it. You don’t have to read it if you are not interested.

Yep, what else do you expect from him……he’ll do anything to get attention.

And we won’t be seeing Prince George. Diana carried Wills around Australia including a tour of the Sunshine Coast in early 1983, apparently Kate is too regal to do the same with George.

I lived in England for three years and brought back my love of Eastenders and Coronation Street and Pimms. No excuse for believing that some people are born to rule.

But we’ll never be rooooooyaaaaaallss.

If you don’t know how to use an abbreviation, then don’t bother. It’s “you are” i.e., you’re, not your. What’s happened to the Queen’s English?

‘We’re all in this together’… until you’re not