'Where ya from?' - rock art project shows diversity a keystone of Jerrabomberra 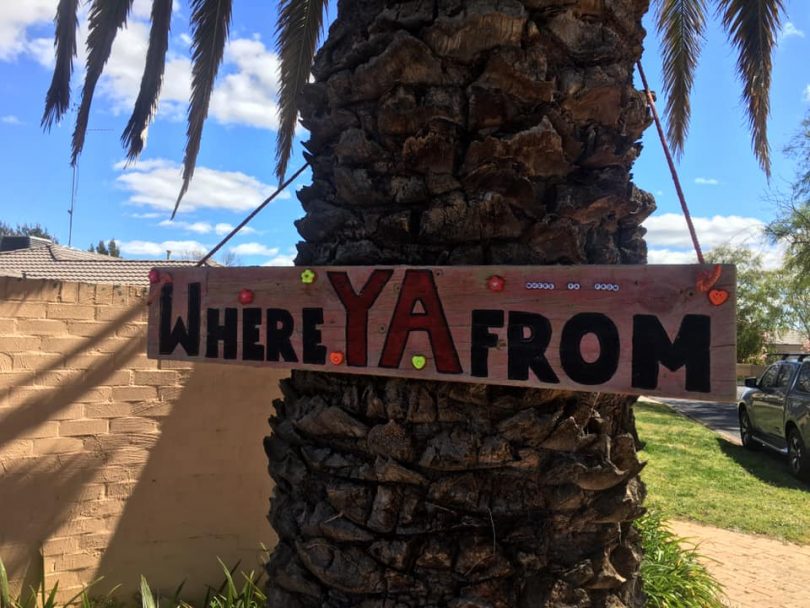 The Firych family are asking Jerrabomberra locals Where Ya From? Photo: Adam Firych.

A sign asking simply ‘Where Ya From’ put up by two young locals in a quiet Jerrabomberra street is seeing the diverse community embrace its creative side.

Stuck inside in lockdown during school holidays, brother and sister Wiktor, 10, and Hanna, 8, came up with an ambitious plan.

They posted a sign on a tree in their front yard, inviting people to paint rocks to celebrate their place of origin.

The Firych family moved from Poland to Jerrabomberra four years ago.

Wiktor and Hanna’s father Adam says the kids initially just wanted to see how many rocks they could collect.

“The kids really love painting,” he said. “Wiktor came up with the idea of asking people where they come from.

“In Jerrabomberra, you have all the Defence families and they all come from different places, different towns, different countries.”

The pair were inspired by the rock painting and collecting trend sweeping the capital region in lockdown.

The family were also intrigued by stone stacking they found while cycling around the area – delicately balanced piles of stones as works of makeshift public art.

“We just thought it would be good to do something where you can keep the rocks,” Adam says.

They posted photos to the Queanbeyan Community Notice Board on Facebook and ‘Where Ya From’ is already catching on.

“I’ve got 50 plus messages yesterday saying that they’re going to join; they’re just waiting on the paint to arrive.” 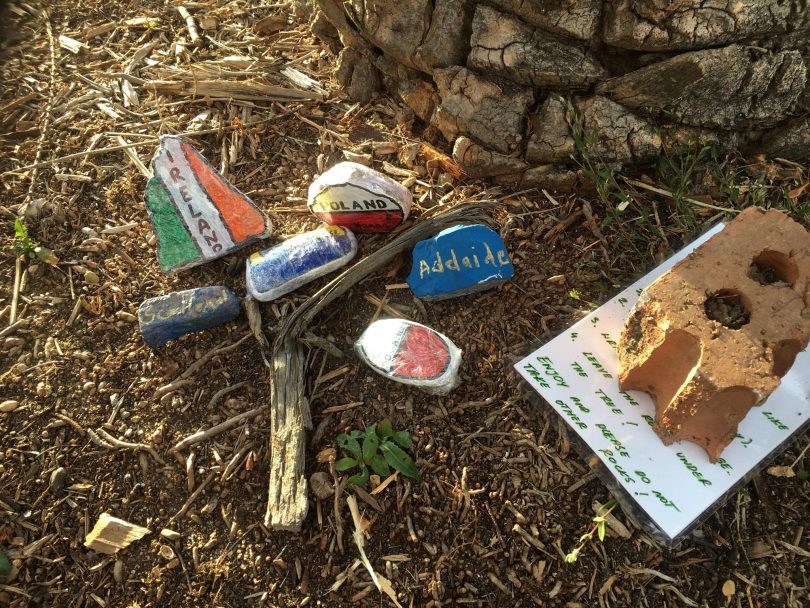 The tree is already drawing contributions from locals from across the globe. Photo: Adam Firych.

A note of instructions asks passers-by to find a rock and leave it under the tree with the country or town they’re from, as well as their name and age.

“We put the sign up on Monday, already [on Tuesday] there were seven to 10 rocks. People coming from South Africa, everywhere, it’s pretty cool.”

The most important thing – it’s keeping Wicktor and Hanna occupied.

“The goal was to get 100 before the end of the year. That’s where we’re aiming. By the look of it, we’re going to get it easy.”

If you want to get involved, head to Palm Garden in Jerrabomberra and keep your eye out for the ‘Where Ya From’ tree.