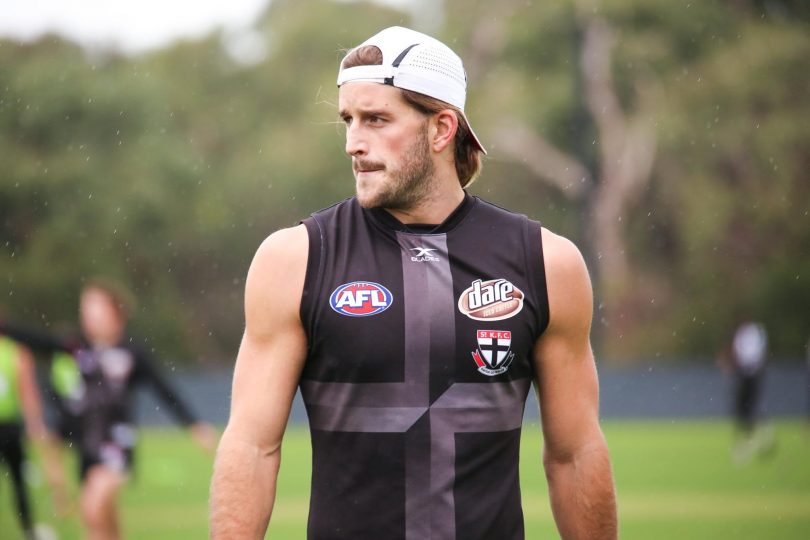 Did you know suicide is the leading cause of death for Australian men aged 15-44 years old?

On average, nearly six men take their own lives each day in Australia and, perhaps more alarmingly, three out of four suicides in Australia are male suicides.

It was these stats that rang the alarm bells in Josh Bruce’s head and motivated him to do his bit to help change these startling figures.

The St Kilda forward, who grew up kicking the footy at Eastlake oval, is a Movember ambassador – a campaign which aims to raise funds and awareness for men’s health issues, such as prostate cancer, testicular cancer and men’s suicide.

According to Movember statistics, 70 per cent of men in Australia say their friends can rely on them for support, but only 48 per cent say that they rely on their friends. Bruce is emploring men to reach out to their mates and let them know they are not alone.

“I saw some of the statistics about men’s health and in particular men’s suicide and they were really alarming for me,” Bruce told Region Media. “Every family gets affected by these sorts of things whether its cancers, suicide, mental health like depression and anxiety and I thought it was really important to get involved.

“I don’t think men talk about health enough, especially mental health, so it was one of those opportunities to raise awareness and to get blokes to start talking about it.” 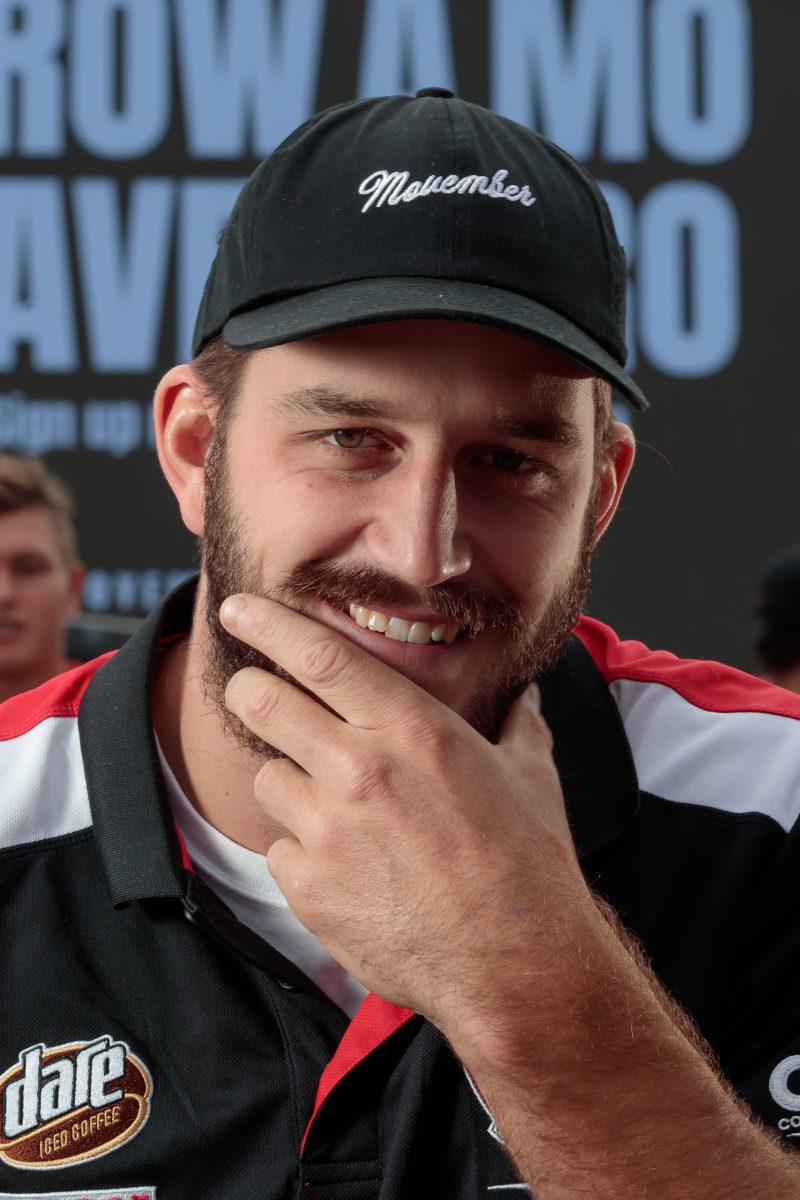 Bruce has had his own battles with mental health, wrestling with his demons as a teenager but more recently as his 2018 season was hindered by injury, resulting in setback after setback.

A marking contest at training went awry, which left the 26-year-old with a broken leg, ending his season just as he was due to make his return to the senior side following a three-month lay-off with a back injury.

“I had my struggles throughout my teenage years and had some family troubles at home. Everyone has their own issues going on,” he shared. “These are things you work through with people that are close to you and it’s pretty important to have that network around you.

“The sad thing is that a lot of people feel like they don’t.”

Bruce hopes by putting his hand up to admit that he, like many others, have their struggles with physical and mental health, it will encourage men to start a conversation about health and in the process, show that even tough AFL forwards are vulnerable. 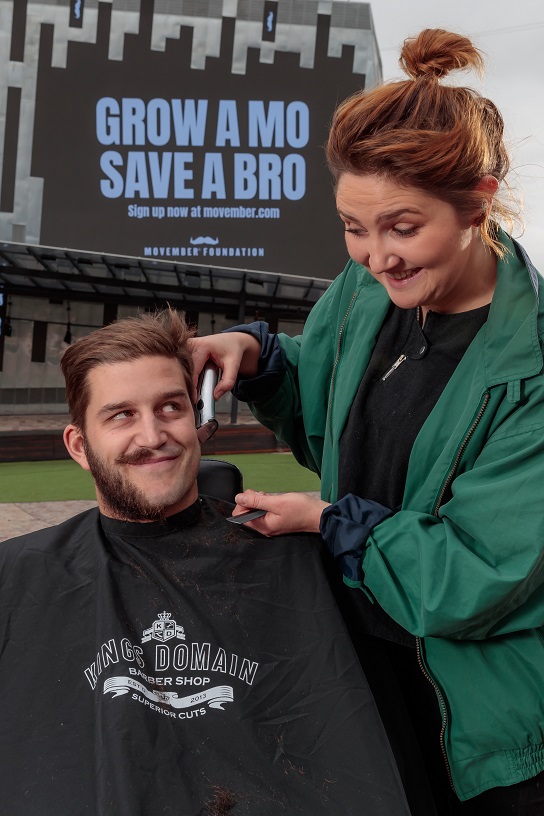 “AFL players go through the exact same struggles as everybody else,” Bruce said. “We have seen players who are brave enough to stand up and say they are not right to play and not right to train.

“There are so many pressures involved in sport these days, with social media and media-wise, that it can get overwhelming. We are not invincible and we are just like everybody else and that is nothing to be ashamed of.”

Movember Foundation country director Rachel Carr said almost 85,000 Australians have registered with Movember to raise funds and awareness for men’s health, but there is still more work to be done.

“I’ve seen men in my life go through really tough times and heard first-hand the impact that men’s health issues such as prostate cancer, testicular cancer and suicide have on Aussie men,” she said.

“AFL players have a unique set of challenges and can suffer from performance anxiety, career transition, media and public scrutiny, injury and being away from their family and culture. 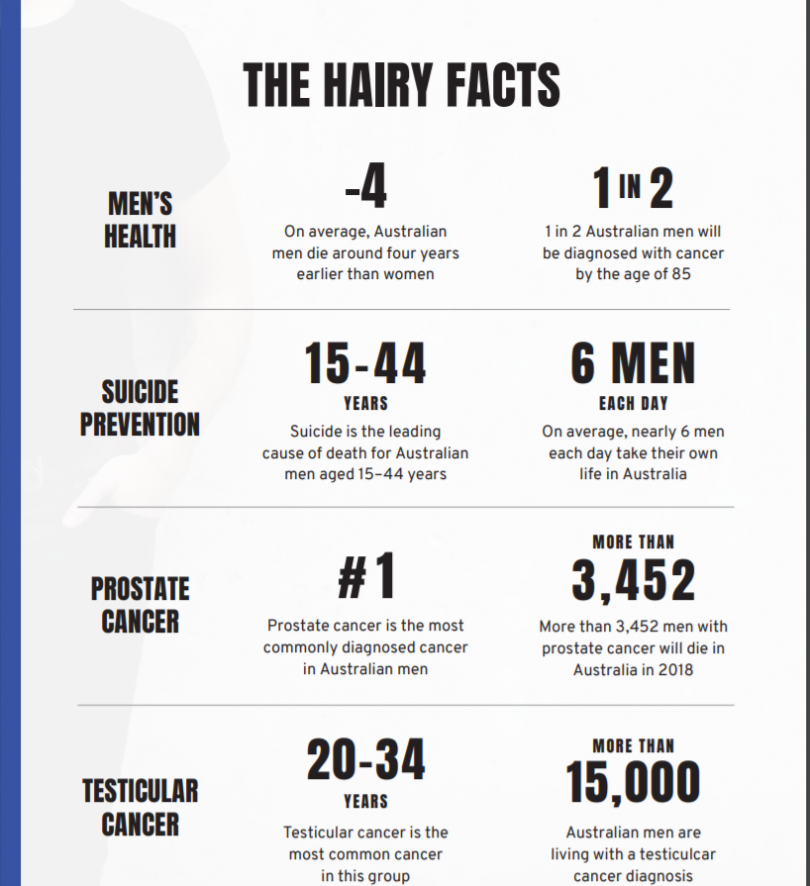 “Through having these courageous conversations, players like Josh are helping to break down the traditional stereotypes that prevent many men from opening up about the hard times they experience, which can lead to serious consequences.

“Being part of the Movember movement is about raising the volume on men’s health and I’ll be joining our Mo Bros and Mo Sistas in shouting from the rooftops this Movember. There’s still a lot of work that needs to be done – but with each Mo grown, dollar raised and story shared by our Movember community we get closer to our goal of stopping men dying too young.”

Jennifer Elsey - 5 minutes ago
Such sad news❤ View
Judith Adraskan - 2 hours ago
A lovely man who will be missed. I worked with him as a colleague for over 20yrs & he was forever gentle, polite & kind. RIP... View
Opinion 110

ChrisinTurner - 10 minutes ago
I know people living in the inner north on huge-sized blocks who have been told they cannot subdivide. Seems the rules are ag... View
chewy14 - 1 hour ago
BJ, The outer suburb large blocks aren't being slated for densification, don't have good services and aren't as expensive. I... View
May Mac - 1 hour ago
"I think striking a balance is key." Yes. Not everyone who wants a freestanding house wants the work of maintaining a yard, s... View
Food & Wine 21

Donna Chalmers - 19 minutes ago
Marcia Baker it will not matter......it's still the same!!! View
Frank Arnold - 1 hour ago
It was always a family treat in the late 60s. View
Catherine Firth - 2 hours ago
Pauline remember visiting after a few lemonades🤣 View
Motoring 42