Why not keep it local, Chief Minister? 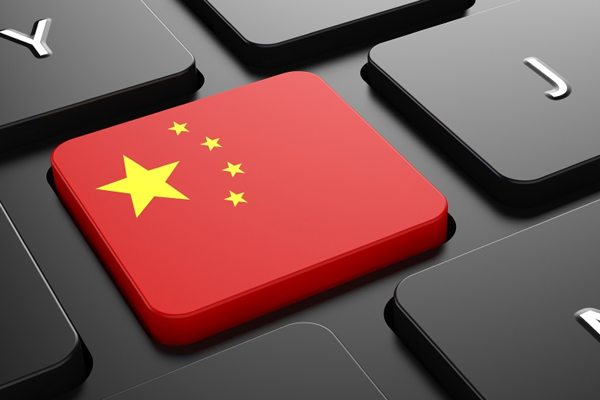 The experienced Australian elector realises that we are simply stepping stones to International Greatness for our politicians.

Once installed in office, the interests of the people who put them there become secondary to mingling with those they imagine to be their global peers while they discuss grand plans and mighty projects.

Of course, as a country we inevitably get done on those mighty projects.

A money market player of my acquaintance says that in his line of work the saying is that “Big banks trump little banks”.

Come to think of it, that’s pretty much how it works in poker.

Chief Minister Katy Gallagher would like her constituents to believe that her trip to China will benefit them.
But will it?

Why is it necessary to involve overseas interests – wouldn’t it be better to see that any opportunities go to local businesses?

Ms Gallagher says several Chinese investors have expressed an interest in the City to the Lake following her trip there in April with the PM.

Quote: “We’ve had a number of prominent Chinese business people come and visit Canberra since that meeting and there’s certainly a very keen interest in that project.”

The Chief Minister plans to meet with the mayor of Shenzhen to discuss developing an economic memorandum between the two cities.

Ms Gallagher again: “Shenzhen is a city of over ten million people, it has an economy which is eight times the size of the ACT, and I think the opportunities for ACT businesses, the ability to attract potential investment opportunities in places like this is really very strong.”

Ten million people… An economy eight times the size of the ACT… I think we can see pretty clearly who’s in the better position here when it comes to the international poker game.

As for the improvement in trade and economic relations which are supposed to be the general aims of this trip, what exactly will the ACT be “trading” with Shenzen?

Boiled down, isn’t the only realistic outcome likely to be Chinese investors buying Canberra real estate as they are busily doing in other desirable Australian urban areas?

Is it really necessary for the Chief Minister to travel to China to “strengthen economic ties for that to happen”?

Where’s the real interest on the part of those Chinese investors?

According to Ms Gallagher herself it’s in the City to the Lake project.

Do we seriously believe the interest is in the proposed pop up shops and eateries and more free rein for local artists as discussed?

Surely even the ACT Assembly can handle that without a trip to China?

The interest would lie in “the… ten to fifteen year plan to expand Canberra’s central business district around Lake Burley Griffin, including new residential apartments, commercial space, a lakefront swimming pool and eventually a stadium”.

Gosh. I’m surprised they haven’t promised a Lyric Theatre in there somewhere.

That was a popular ploy with builders in Sydney a few years ago.

The talk of commercial space and other amenities is a dog whistle to the motorist haters that people who live in the area won’t need a car.

A recent OECD report ranking regions found that Canberra is the best place to live in the world.

Here’s part of what The New York Times travel writer Emma Pearse observed in June of this year about Australia’s National Capital “To stand atop a Canberra hilltop is to contemplate the stark charm of the Australian bush: vast grassy fields, swaths of eucalyptus forest and Instagram-worthy sunsets. This outpost is Australia’s national capital — not, as is commonly thought, the glitzier city of Sydney, three hours’ drive north. In Canberra, there are no beaches or iconic opera houses, and European chic is best sought an hour’s flight away in Melbourne. But what the “bush capital” lacks in big-city tousle, it makes up for in big-sky beauty, breezy civic pride and a decidedly hipster underbelly”.

At no point did Ms Pearse say “Fortunately that will change incrementally as the city follows the example of the more densely populated Australian conurbations with plans to flog off any waterside areas as profitably as possible so builders can make a quick buck erecting more human silos and be on their way”.

I know there are those who believe Ms Gallagher is on nothing more than a junket right now.

I say that would be the best outcome, that nothing much comes of her trip and that once the Chief Minister returns she will consider what really is best for the businessmen and citizens of the best place to live in the world.

9 Responses to Why not keep it local, Chief Minister?
Filter
Showing only Website comments

However in Sydney all anyone complains about is Chinese buying property there. So either thats just a scare tactic or its real. So I can see some benefit if they do convince some wealthy Chinese to help invest in worthwhile projects. These things start somewhere and I’d rather have ideas being proposed than to sit on our hands and complain about stuff. You know it might be a junket of sorts, its not like members of all political parties don’t do them either. Its just one of those things taxpayers fund. I’d rather we cut back on some of the ridiculous benefits retired politicians get to be honest, especially the federal ones with their pensions. They don’t need them or deserve them IMO.

Its not like public servants don’t do junkets either. I’ve seen them take it just so they can save the allowance.

There are two kinds of “economic booms”

There is the one that our Chief Minister is reported speaking of in the CT this morning.

The other one is the sound of an explosion as heard on world markets overnight.

I hope the ACT public service superannuation managers are moving out of growth options today because the ACT government can’t keep on topping up retirees’ pensions with ratepayers money as it has done in the past.

I hope Katy shirtfronted the Chinese on their handling of Hong Kong students.

All those words and no evidence for anything. Can’t really see the point in publishing this.

Perhaps in the interests of balance (of sorts), to make up for all the puff-pieces masquerading as news, reportage and analysis which litter our local media.

It may not have much to do with the China trip, but the pithy line about making “a quick buck erecting more human silos” was worth the read.

Test for the value of light rail: did Katie spruik that to them as an investment?

” But what the “bush capital” lacks in big-city tousle, it makes up for in big-sky beauty, breezy civic pride and a decidedly hipster underbelly”.

And a soon to be open genuine Chinese Garden on the lakeside, courtesy of the Chinese Government (and there’s nothing wrong with that).

All those words and no evidence for anything. Can’t really see the point in publishing this.

I feel a sister-city moment coming on.

Andrew Kenna - 9 minutes ago
nope just take a look at nsw, the amount of times cops are assaulted and the courts dismiss the charges... mandatory sentence... View
Property 1