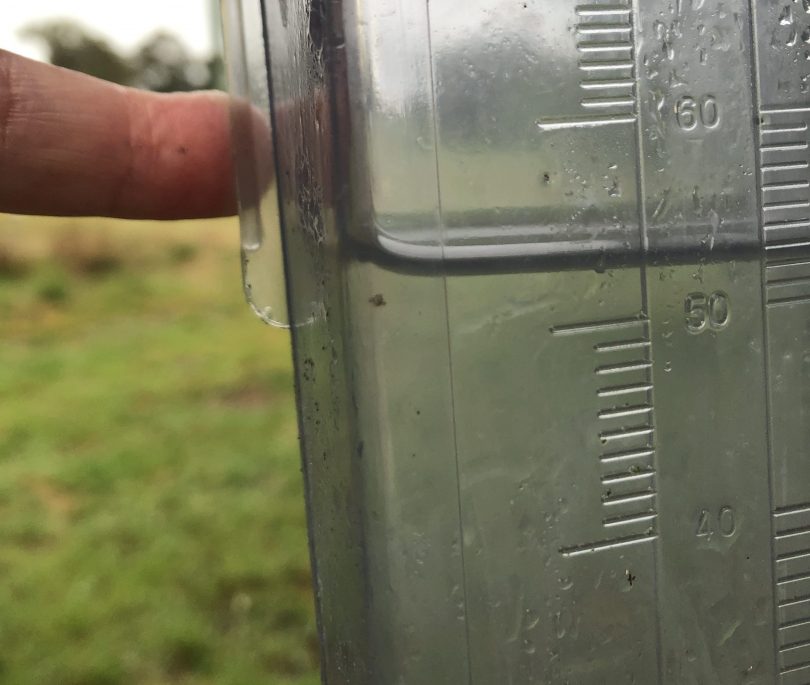 A splashingly good 55 mm for the 24 hours to 9 am on Thursday. How much did you get? Photo: Sally Hopman.

It’s not like you need another reason to listen to Paul Kelly but … who else can put a recipe for gravy in one of his most brutal songs and make it sound so sweet? Or who, always, takes himself To Her Door. But then there’s Petrichor. It’s a made-up word that goes straight to the heart, and nostrils, of those of us on the land – that sweet smell of rain in the air.

Introducing the song in an interview once, Kelly says the word was created by two CSIRO scientists – petra from the Greek for rock and icor from vapour or essence. How brilliant of these scientists to come up with a word to describe what we all know but could, never, well, put into words before.

Petrichor is the smell of rain just before it hits a dry earth. Kelly, himself no stranger to hits, loved the word so much he put it into a song – and then named the song after it.

This week, it was like you could smell the petrichor before it even lobbed. Big rains were forecast in the southern tablelands of NSW and surrounding districts. The artist who sits inside the BOM radar just to do the colouring in, looked like he got the Derwent double-decker pencil set for his birthday and was going to use every colour as if his life depended on it.

Lockdown had just been lifted in the town of Yass so, after a couple of weeks, there were actually people in the street and shop doors were open. Smiling people, inside and out. 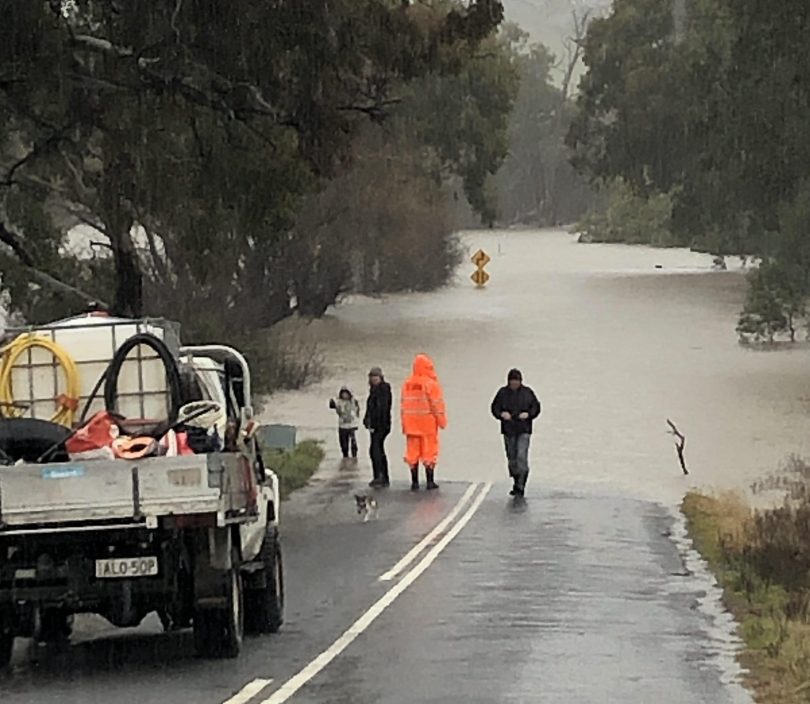 One of the first to go under when Yass gets a dumping, Buckmaster’s Bridge just out of town cuts off access for everyone and everything on the Yass River Road. Photo: Sally Hopman.

Yes, the ground was already boggy enough to almost swallow a ute, the Yass River below Buckmaster’s Bridge was growing higher by the minute, the potholes everywhere grew larger by the second, but we’re talking big rains here. Dumping rains.

For anyone who lived through The Drought, The Big Drought and The Really Big Drought, you can almost never have too much rain. Even when you’re on the wrong side of the bridge and can’t get home. You just go to someone’s place on the other side of the river and talk about rain till it stops and you can get home again.

Why I love rain Reason No: 636A. It gave me my first front-page byline a lifetime or two ago – Rain Stops Show, it trumpeted, in 72 point type. I was so proud. The show organisers less so, but, well, it was my first front-page byline and I was so very wet behind the ears – mainly because I’d spent the day out in the rain while organisers debated whether to close the show.

I showed everyone that front page. My family and friends in Sydney smiled, told me I was clever, and said, variously, which TV show it was they lost, why rain was to blame and was there something wrong with the aerial?

But the best thing, I reckon, is how everything looks after the rain. Clean. Even the dirt looks clean. Like someone has given it a real once-over.

I particularly love how the rain gauge looks. Filthy on the outside with snail/insect/bird droppings but crystal clear on the inside. 55mm up to 9 am on Thursday – an excellent drop.

(There have been better falls. I swear it was at 70 mm one morning but when I picked it up to see the measurement exactly, the world’s biggest spider leapt out of the gauge and headed straight for my face. I threw it, the gauge, at the escaping spider and of course the water went with it. But I’m sure there was at least 100 mm in there. Or possibly 200 mm)

But perhaps the best thing to do after it’s rained is to go into town and talk more rain with whomever you meet.

It’s probably the only time you can get away with saying, to a perfect stranger: “Did you get any?”. 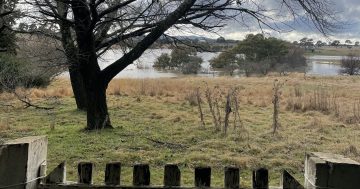 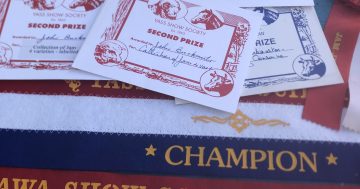