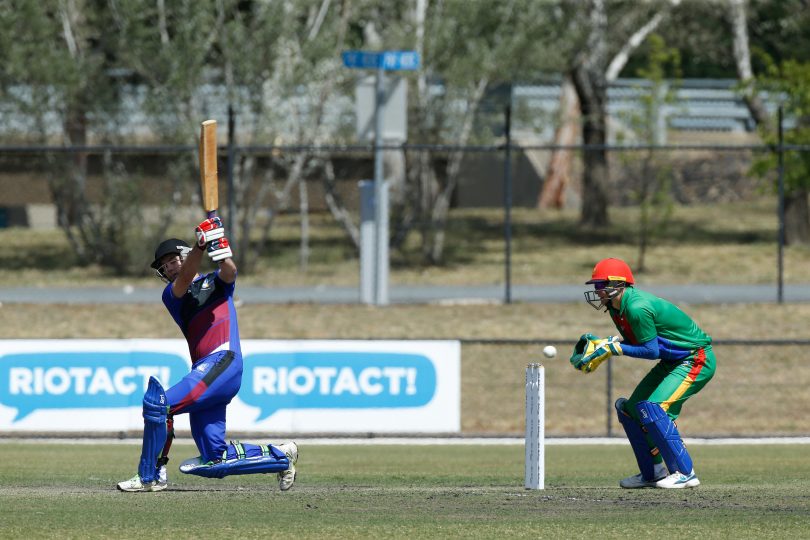 Sports are being cancelled at all levels across Australia – including here in the Territory – as the threat from coronavirus continues to spread and worsen.

In the ACT, local football, netball, rugby, basketball and cricket have all been cancelled or postponed to help mitigate the risk from the virus.

Local AFL competitions in Canberra will be postponed until the end of May, AFL Canberra said. AFL community training sessions, face-to-face education courses and all diversity programs have also been postponed.

The AFL took the decision last week to continue playing games behind closed doors. There’s no confirmation at this stage about GWS matches scheduled for Manuka Oval. Discussions are ongoing about government funding for the Canberra games.

Basketball ACT has made the decision to cancel the remainder of the 2019/20 summer season and all other programs – including senior and junior competitions, the Waratah League, development and high-performance programs, and casual shoots – have been suspended indefinitely.

The Canberra Racing Club (CRC) will continue its races but only participants and essential staff will be allowed at the next race meeting on 3 April.

However, large-scale events which had been scheduled for Thoroughbred Park have been cancelled, including the Aus India Fare on 28 March, which was expecting a crowd of 2,000 people.

CRC says it is vital that the club is able to remain agile and allow participants to compete for prize money to keep the industry afloat.

Cricket Australia has cancelled the Marsh Sheffield Shield final and said that all local cricket activity for the rest of the season should be cancelled because of the threat of coronavirus.

“We are navigating through unprecedented times in response to the COVID-19 pandemic. Cricket ACT is following the advice of Cricket Australia’s Chief Medical Officer in cancelling all community and Premier competitions effective immediately,” he said.

The start of the Australian Ice Hockey League has been postponed, and the Canberra Brave has decided to suspend all team training and group fitness programs until the end of March as a precaution.

“This global issue is much bigger than sport, but sport has shown an ability to help nations and community recover and return a sense of normalcy to people’s lives after major tragedies,” Brave’s owner Dan Amodio said.

“At this stage, everything is rightfully on hold while we try to stop the spread of COVID-19. My hope is that one day in the not-so-distant future, we can all start our games back up and play our small parts in helping Canberra recover.”

Capital Football has also postponed all of its grassroots leagues and the National Premier League (NPL) until mid-April to combat the spread of COVID-19, saying the health of the community was its highest priority.

This includes all trial games and training as well.

Ban on non-essential indoor gatherings of 100+ people will not affect ACT schools, according to measures announced by the PM today https://t.co/opbMoo6RMA pic.twitter.com/Iuby0G9G7w

Netball ACT has suspended all community netball competitions, programs, and activities until 1 May, while another update will be released in mid-April.

“The suspension of netball activities in the ACT includes matches, training, grading, umpire and coach training and extends to all levels of Netball in the ACT,” Netball ACT President Louise Bilston said.

The future of the 2020 NRL season remains uncertain. This week’s Raiders’ fixture is going ahead against the Warriors behind closed doors, but their round six match against the Knights scheduled for Wagga Wagga has been relocated to GIO.

The rest of the season is in limbo with some players calling for the season to be cancelled entirely because of fears of contracting the virus while travelling.

The NRL has announced that all community rugby league games and training would be postponed until the first week of May.

It is not yet known what will happen to Raiders’ season ticket holders, or if the fans will have to wear any of the costs associated with cancelled or crowdless games.

Head of Football Participation, Pathways and Game Development at the NRL Luke Ellis said the decision to suspend community club rugby league was made to help slow the spread of the virus.

“The decision to pause community Rugby League in Australia was not taken lightly and [the NRL] is putting extra-conservative measures in place to help slow the spread of COVID-19 and protect the health and wellbeing of our participants,” Ellis said.

“Community Rugby League doesn’t have the ability to enforce the same social distancing procedures as the elite game. That is why, in partnership with our state bodies, we have chosen to err on the side of caution.”

The Brumbies‘ Super Rugby season had already been suspended but now Rugby Australia (RA) has postponed the start of community rugby league seasons until the first week of May.

All Super W training has also been suspended until 2 May while the playoff game between the Queensland Reds and Brumbies Women will be postponed until the weekend of 23 May.

Additionally, all academy, state representative teams, and state talent development programs will be suspended until 2 May.

RA Chief Executive Raelene Castle said the situation was unfortunate, but the health of the community and players were paramount.

“Whilst this is a disappointing outcome, the safety and welfare of our players and staff is our number one priority,” she said.

Tennis lessons for kids are going ahead but not competitions.

Field hockey is still going ahead at this stage

Do you have a list of sports still playing ?

Squash ACT has cancelled pennant, Juniors other comps too…