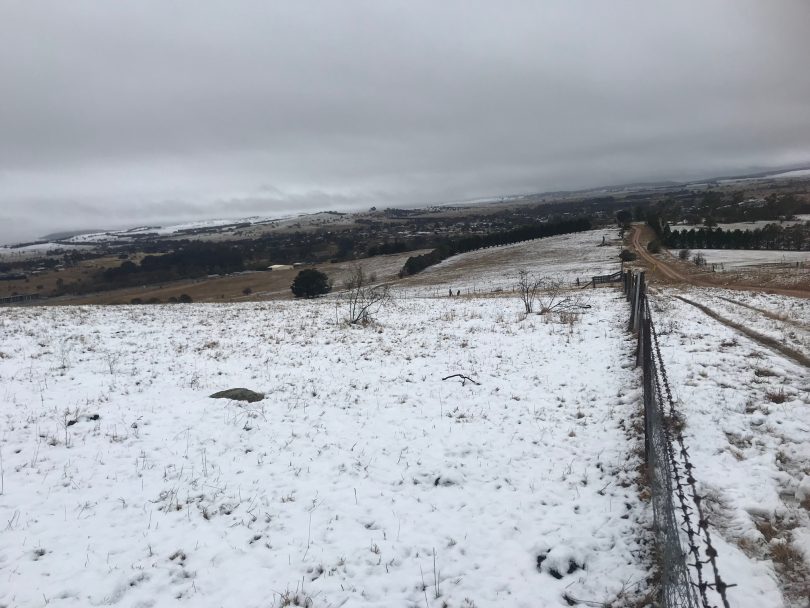 Flashback to the snow that fell around Braidwood in September last year. Photo: Alex Rea.

The Spring Equinox passed this week and the days are now longer than the nights, but a polar blast of snow-filled air that emerged over waters near Antarctica will make the days and nights feel a little longer for the start of the school holidays.

A strong cold front will hit the ACT and south-eastern NSW on Friday and Saturday (25 and 26 September), bringing heavy rain, hail, snow and a return to winter-like temperatures across the region.

Temperatures could be the coldest spring maximums in decades, with forecasts for the Canberra region struggling to reach double figures on Friday and Saturday. 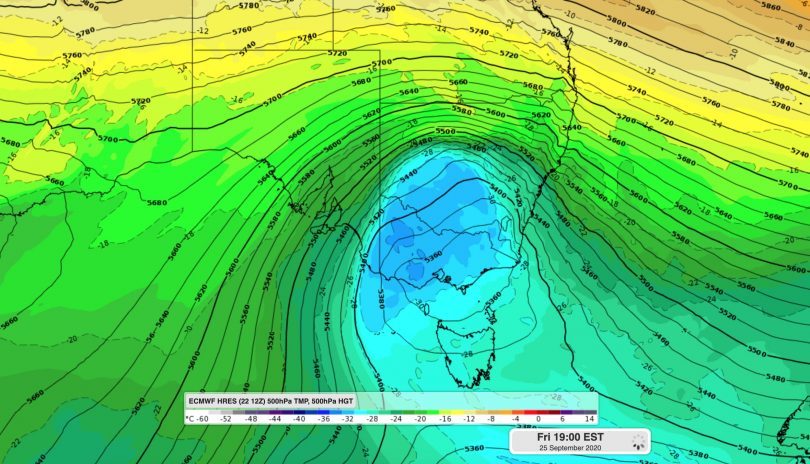 Keen weather enthusiasts will note that the region was covered in a spring blast of snow on 17 September last year. Weatherzone meteorologist Ben Domensino said while it’s not uncommon for air this cold to reach the region during winter, it’s unusual for it to happen this late in spring.

“The combination of cold air, cloud and rain could see some places experience their coldest day this late in spring in a couple of decades,” Mr Domensino said.

“The front at the leading edge of the cold air mass will cross south-eastern Australia between Thursday and Saturday, causing showers, thunderstorms, and potentially damaging winds in parts of Tasmania, South Australia, Victoria, NSW and the ACT.

“As the cold air moves in behind the front, snow and hail will also fall in multiple states on Friday and Saturday. Temperatures could get low enough for snow to reach around 500-600 metres elevation in parts of Tasmania and Victoria, and 700-800 metres in southern and central NSW, including the ACT.”

READ ALSO Snow and rain? Welcome to spring in the ACT

In the Snowy Mountains, there will be significant snowfalls of between 20-40 cms, with snow also forecast to reach the Brindabella ranges.

The Bureau of Meteorology has issued a severe weather warning for damaging winds, averaging 80 to 90 km/h with peak gusts in excess of 120 km/h possible for alpine areas above 1900 metres from late Thursday night.

Winds are expected to ease on Friday morning following the passage of the cold front but will remain strong and gusty on Friday and Saturday.

The NSW National Parks and Wildlife Service recommends that back-country travel be postponed until conditions improve.

Sheep graziers are also warned that cold temperatures, showers and westerly winds are expected during Friday.

“Overnight on Friday, snow could fall to low-lying levels including Oberon, Orange, Crookwell, the ACT ranges and possibly Barrington Tops,” Ms Reid said. “Blizzards are possible in the Alpine regions and across the weekend there could be up to 60cm snow in the Snowy Mountains.

“The temperatures will be warm ahead of the change just to lull you into a false sense of security of what’s behind it, and the cold air will likely come as quite a shock.”

Ms Reid also said snow is forecast down to 700 metres across the entire Alpine region and the Brindabella Ranges.

“It’s going to feel like it’s winter all over again and we’ve just put away all our woolly clothing, but that’s what sometimes happens in spring.

“We also need to be wary of travel during the school holidays, as roads could become quite icy and may close due to snowfalls.”

However, Ms Reid said the weather system will move through quickly, with sunny skies expected to return by Monday

Meanwhile, the first fire weather warning of the season has also been issued in NSW, as some northern regions are likely to have heightened fire danger ratings.

Karen Robinson and what’s the temp in Qld?

As if we haven’t had enough winter !

Great time to go camping….. NOT!

Noah Breen perfect time for you to come visit 🥶❄️

Sam Hayden we have air con now. I aint leaving

Lucas righto I’ll go without you

Sam Hayden nah i will come.

Lindy Marson You just missed it!

Robyn Annabel in case you’re traveling this weekend 😬 be careful!

Cherie Hughes don’t put you woollies away yet.

And thats why we live in Qld😍🥰

Qld,beautiful one day ,perfect the next!!

What have you done to the weather gods Krissii Beyer…

Guess all the summer doonas people had dragged out have been put back away for a few more days.

Clare O’Loughlin 😭 I need some warmth!! I am happy to wear my ski jacket again 😂

Andrea Hackney there is no Floriade this year.

🙄 I’m over it now Brendan Hendry

Is anyone really surprised? It happens every year.

Michaela Ballard have fun this weekend 🤣🤣

Michaela Ballard thinking about you and iBase. There’s a pattern here… 🤔😊

It is a little chilly. ☃️

Barbara Wells rug up for netball

Monique Sheehan Saturday could be chilly!

Monique Sheehan good luck! I will be thinking about you, cold weather is the best to run in!!

😱 my goodness!! We will definitely need lots of wine!

Ash Ley last chance to go in search of snow. 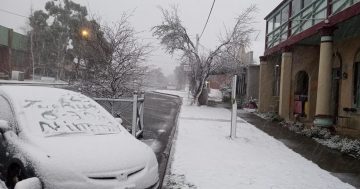 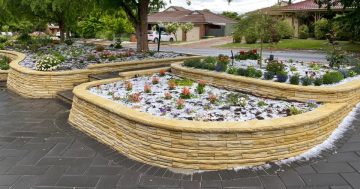