Woden Town Centre will be given a new look, but with limitations. Photo: File photo.

The Woden Town Centre Draft Variation has been approved by a Legislative Assembly committee but the Government has been urged to reconsider building heights near the Town square, increase the amount of green space and provide more community facilities.

The Assembly’s Standing Committee on Planning, Environment and Territory and Municipal Services made 31 recommendations in its report on the Inquiry into Draft Variation to the Territory Plan No. 344.

The Committee recommended that limitations and conditions be imposed on proposed building heights, potentially up to 28 storeys and including so-called marker buildings, to avoid overshadowing and ensure adequate sunshine, particularly in Woden Town Square during winter.

It said the proposal for an extra four storeys should only be allowed where the development demonstrated design excellence, community benefits such as community housing or not-for-profit community facilities, and where the additional height would not mean public spaces or residential buildings were adversely affected by overshadowing.

It also recommended capping the scale and height of the re-development of the former Tradies site.

The ACT Government was urged to deliver a broad-based urban renewal process that included action on community facilities, recreation facilities, renewal of public areas and attraction of jobs to the Town Centre.

This included reserving a large, flexible site suitable for future community, tertiary education or recreational uses such as an indoor sports hall or CIT facility, as well as a long-term plan for community and recreation facilities in Woden Town Centre, incorporating a Community Hub.

As per the recommendations, the proposed rezoning of land in Arabanoo Park to the Community Facilities Zone (CFZ) should be abandoned or reduced, with land secured on the Callam Offices site for an equivalent set of community facilities.
If any land in Arabanoo Park is rezoned it should only be used for a child care centre, community activity centre, community theatre, cultural facility, indoor or outdoor recreation, or parkland.

The Committee said the Government should identify one or more night entertainment precincts in Woden Town Centre that are protected from possible noise complaints.

It urged more talks between the Government and developers in the Woden Town Centre, particularly on making empty buildings safe, as well as discussions on community facilities, the future of the ice rink and pool and the provision of a supermarket in Woden Green.

The Government should also ensure the main walking and cycling paths were protected in the planning rules.

The time it took to complete the master plan process and draft variation was also a concern, with the Committee calling for the Government to finalise the development of master plans faster and develop a short, simple and clear outline of the intent and purpose of planning documents that can be provided to the public.

The ACT Greens welcomed the report, saying the Committee had backed community calls for substantial improvements to the area.

“It’s no secret that Woden is desperately in need of renewal,” ACT Greens planning spokesperson and Member for Murrumbidgee Caroline Le Couteur said.

“Sadly, Woden has seen the closure of too many community and recreation facilities, most recently the CIT. The Committee listened to the concerns of the local community, and developed a suite of recommendations to reverse this decline,” she said.

“This includes the reservation of a large, flexible site for future community facilities, and funding a plan to provide more community and recreation facilities.”

Ms Le Couteur also welcomed the announcement of additional measures to prevent overshadowing at Woden Town Square and existing homes. “I have been concerned about the proposed tall buildings, and potential overshadowing, for some time,” Ms Le Couteur said.

She said Woden would need significant Government investment for all the committee’s recommendations to be implemented.

“With the Territory plan nearly finalised, it’s time for the Government to get on with the job of investing in Woden to bring life back to our Town Centre, for the benefit of all Woden and Canberra residents.”

The report can be viewed here.

Do you agree with the recommendations made by the Committee? Do you have any concerns regarding the redevelopment of Woden Town Centre? Share your thoughts by commenting below. 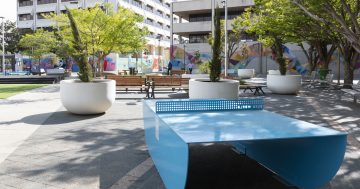 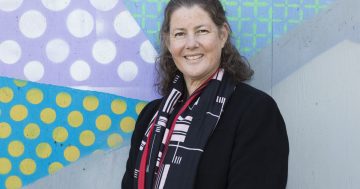