A woman has been charged with murdering her elderly mother in a Southern Highlands’ aged care facility on the weekend.

About 9.35 pm on Sunday (August 5), police were called to an aged care facility in Bundanoon after the death of a 92-year-old woman at the facility.

Officers from The Hume Police District made inquiries and at about 10.30 am yesterday (August 8), the woman’s 67-year-old daughter was arrested at the Southern Highlands Police Station.

NSW Police state that the woman was subsequently charged with murder and has been refused bail to appear at Goulburn Local Court today (August 9).

Lot of extrapolation for such little information.

A person with dementia cannot make the decision to be euthanised. That applies everywhere – including in Switzerland where there is legal euthanasia. Whoever had this poor lady’s power-of-attorney could have made decisions around which other nursing home she could be moved to. I sincerely hope she hadn’t “become a burden” and vulnerable to plausible family decisions not actually centred on her welfare.

Euthanasia is not legal in ANY state or territory in Australia. The assisted dying legislation in Victoria is not euthanasia. They are different things.

And it isnt legal currently. The legislation around assisted dying is complex. The person needs to get two medical expert opinions about their prognosis and be able to collect the medication and administer it themselves. This will not help people with advanced dementia.

It’s a gut wrenching experience to see your love-ones go through the torment of dementia. Will be interesting to see how this story develops. 😢

Sorry, but where does any of the news coverage about this mention euthanasia???

It might be the mention in the CT of it’s a “complex matter”, which led to that conclusion…as it did me.

Julie Macklin ok. I read this article and a few others and none of the circumstances were alluded to so I wondered where the presumption came from. There’s obviously more to this story and I’m sure it will be revealed in due course.

I can’t believe she was refused bail.

Why? She allegedly killed somebody.

If only shr would have done it in Victoria… no problem 🙄 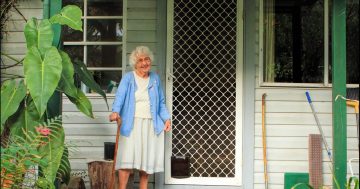