Connecting people and supporting
business for 100 years
6 May 2020

6 May 2020 | Michael Weaver
Start the conversation 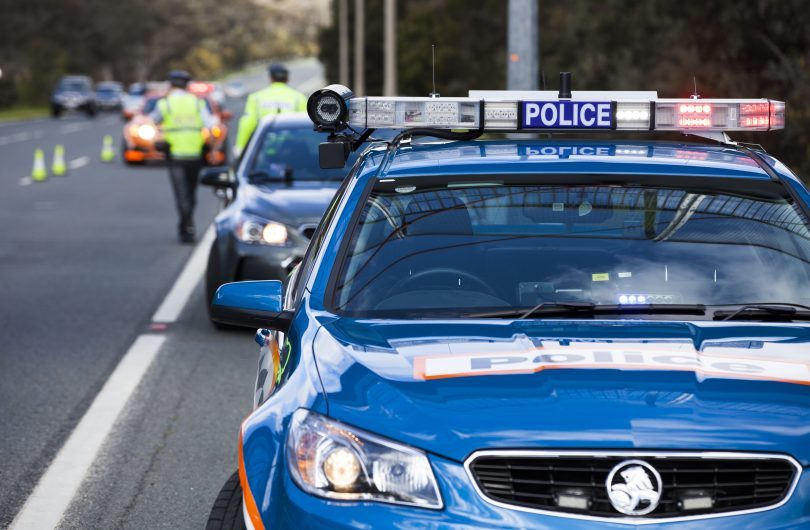 Police have charged two people after separate incidents in which a woman allegedly punched an officer and a man sped off from police after failing to stop.

The 31-year-old man and a 44-year-old woman were due to face the ACT Magistrates Court today (6 May) on multiple charges.

Police will allege that yesterday (5 May) the woman was found sitting in the driver’s seat of a vehicle that had hit a timber log on Townsend Place in Belconnen near a children’s play area.

The women returned a positive roadside breath test and was taken to Belconnen Police Station for further breath analysis, where the woman allegedly punched a police officer and refused to take a breath test.

She will face charges including refusing a breath test and common assault.

The man will face charges of reckless driving, failing to stop a motor vehicle for police, driving while disqualified, possession of a pocket knife without reasonable excuse, and driving with stolen number plates.

Police said that about 5:30 pm on Thursday, 2 April they were conducting patrols of Fisher, when they directed the driver of a vehicle with stolen plates to stop.

The male driver then allegedly crossed to the wrong side of the road into oncoming traffic along Namatjira Drive to evade police.

He returned to the correct side of the road after about 50 metres and continued north on Namatjira Drive, driving at more than 100km/h in a posted 60km/h zone.

Police called off the pursuit and eventually arrested the man yesterday (5 May) at a Mawson residence.