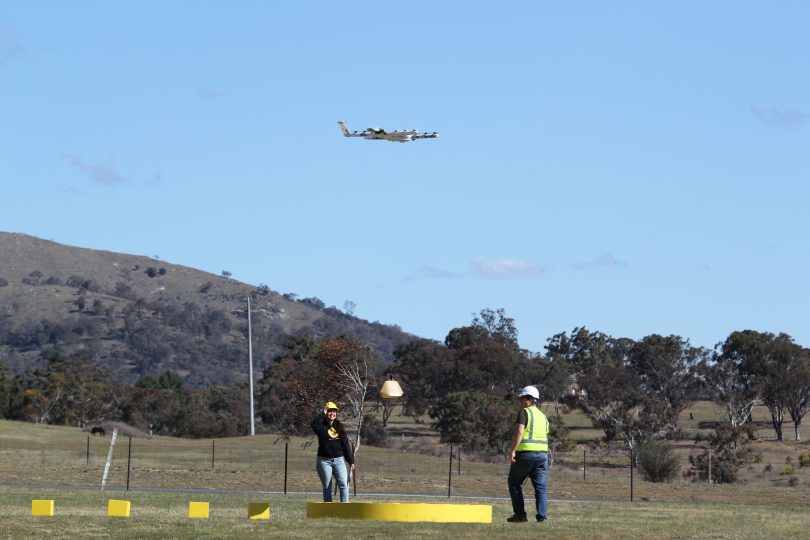 In what is believed to be a world first, Mexican fast-food restaurant chain Guzman y Gomez is delivering burritos by drone to homes in Royalla, a rural locality on the ACT border.

The trial delivery is the result of a launch partnership with Project Wing, an initiative of Google parent Alphabet’s research ‘factory’ X and will continue for the next few months.

Although there have been a handful of staged drone delivery tests elsewhere, this trial is believed to be the first time in the world that there has been an ongoing phased test – with orders coming in from the public, custom-designed drones, a complex flight path and a 20 kilometre delivery footprint diameter.

The trial drone deliveries started recently and already appear to be very popular with the select group of testers living in Royalla, 28 kilometres south of Canberra, who are enjoying the opportunity to have a Mexican feed of burritos, burrito bowls, guacamole and chips delivered straight to their home. 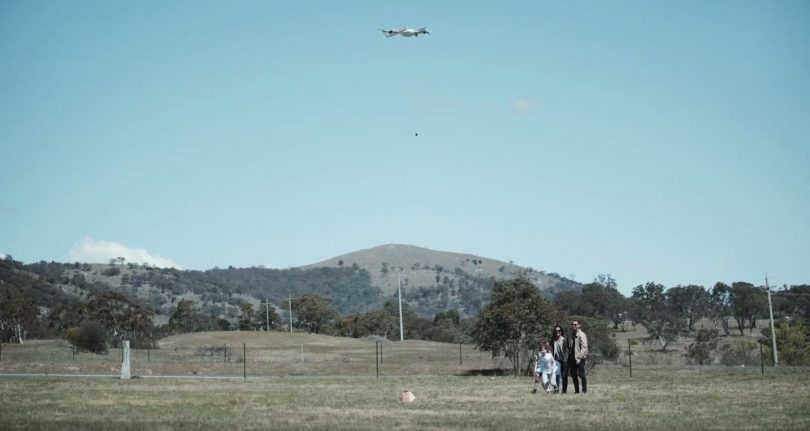 A drone delivery to a Royalla family. Photo supplied.

“There’s finally a food perk to where we live,” commented one happy tester on FaceBook.

“And the burritos arrive still nice and hot! Had the burrito or the bowl 4 days in a row now…. need a break….. till Friday!” commented someone else. 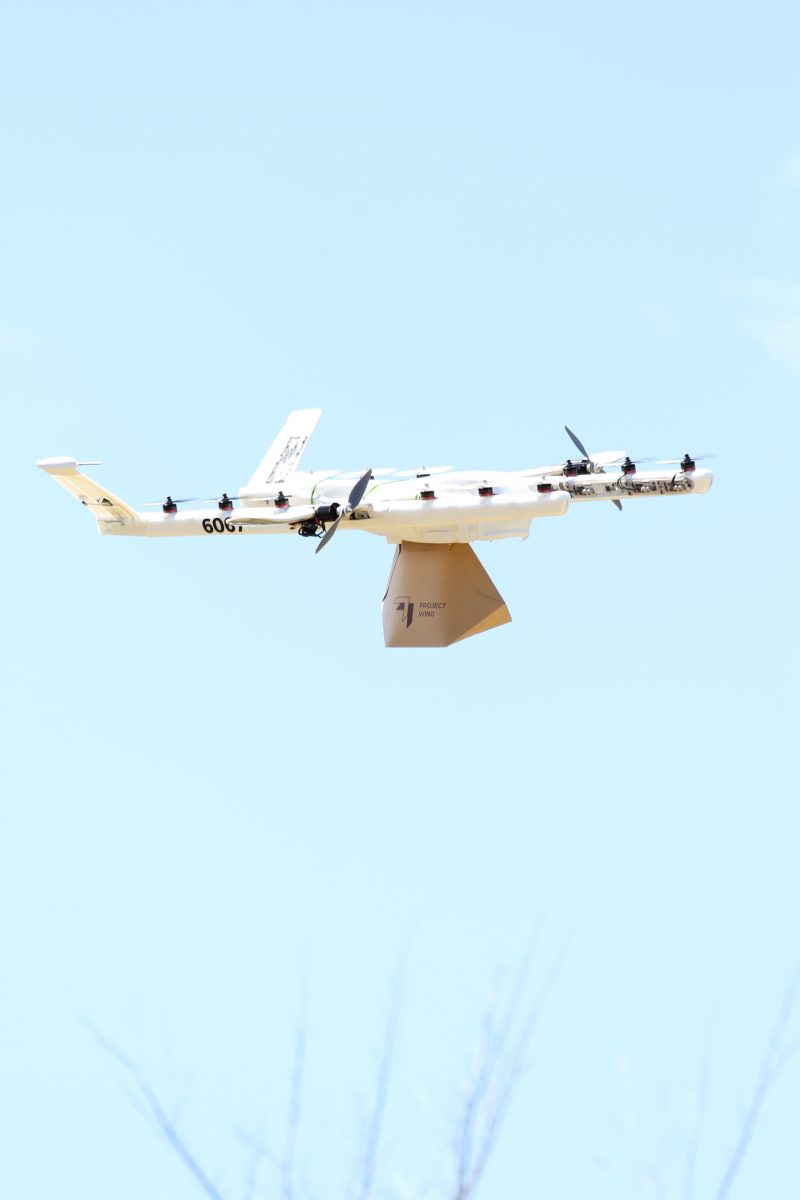 The testers download a test app to order and pay for burritos (at the usual price) which are enclosed in a special package and then dropped by drones near their homes.

The drones can fly at speeds of up to 120 kilometres an hour and can carry up to one kilogram – meaning there is a limit on how much food the testers can order!

The food is cooked, packed and loaded at the Guzman y Gomez ‘Drone Mothership’ – a custom-built kitchen set up a few kilometres from the testers’ homes. 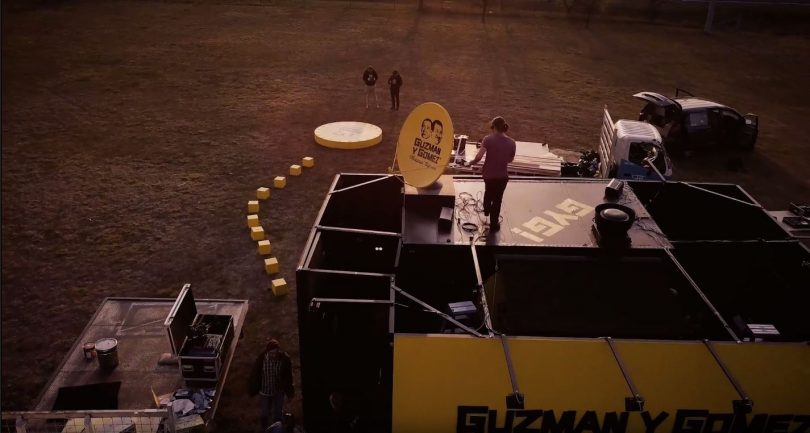 The Drone Mothership. All photos supplied.

Guzman y Gomez founder and global CEO, Steven Marks, said that drones are the next evolution in food and product delivery which will change the world as we know it.

“Imagine this, you place an order and within 10 minutes a drone delivers your food. Now if that’s not ground-breaking, I don’t know what is,” Mr Marks said. 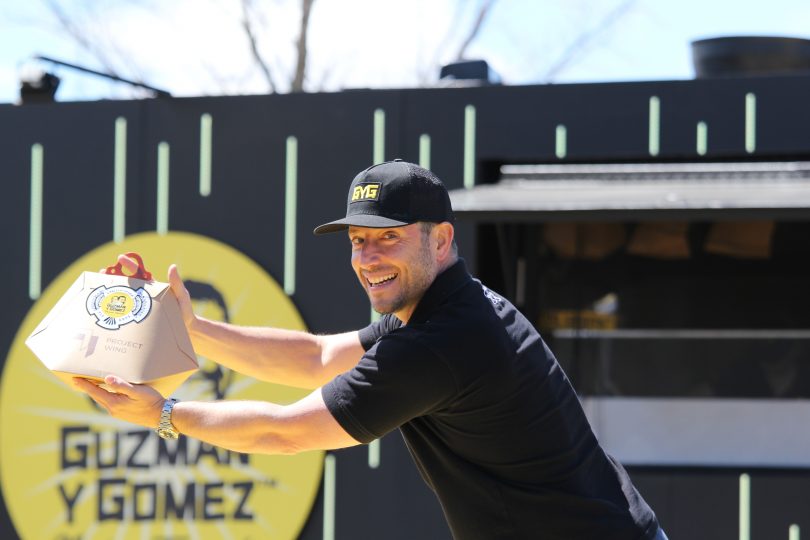 “When I started Guzman y Gomez in Newtown, Sydney 10 years ago, I could not have imagined we would be partnering with X which is part of one of my favourite tech companies in the world to bring this ground-breaking project to life.

“It’s a dream come true for Guzman y Gomez, and this is just one of the ways we are committed to re-inventing fast food for the 21st century.”

The logistics for the trial have been taken care of by the Project Wing team, who worked closely with the ACT and NSW Governments and the Civil Aviation Safety Authority to meet safety requirements and ensure the deliveries are regulated according to Australian law. 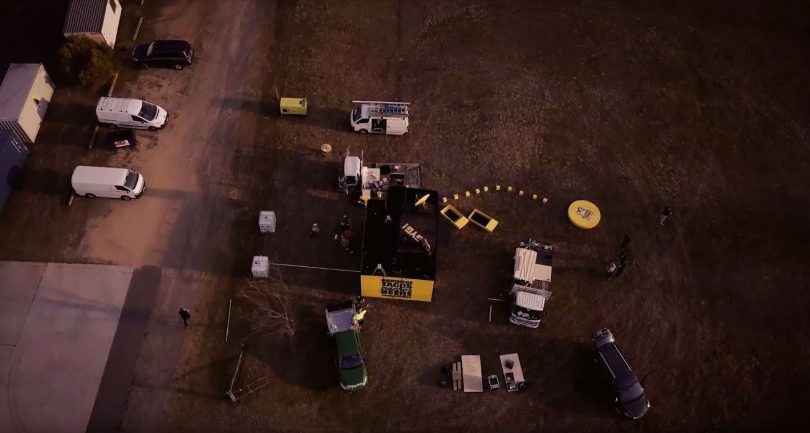 Guzman y Gomez say they are “over the moon” with the responses from testers using the service to date. Any Royalla resident who is keen to be involved in the trial can email hola@gyg.com.au to express their interest. For more details about the trial please click here.

Below is a Guzman y Gomes video which shows one of the drone drops at Royalla.

Well that’s solved a first world problem, get your junk food delivered by a noisy drone.
How do they get around the CASA regulations requiring no flying closer than 30 metres to vehicles, boats, buildings or people, or non-flying over any populous area, backyards etc?
We had enough of these intrusive noisy machines on our recent camping trip.
Do we really need all this extra noise in our suburbs?

Noise being the issue, apparently. I’ve heard that the people living on the ACT side, near Guises Creek RFS Station, are copping horrific noise from these things landing and taking off. And apparently, they are looking to expand operations into the ACT. They reckon it’s like living next to an airfield, a busy one.