You won't get it for a steal, but there isn't another joint like this 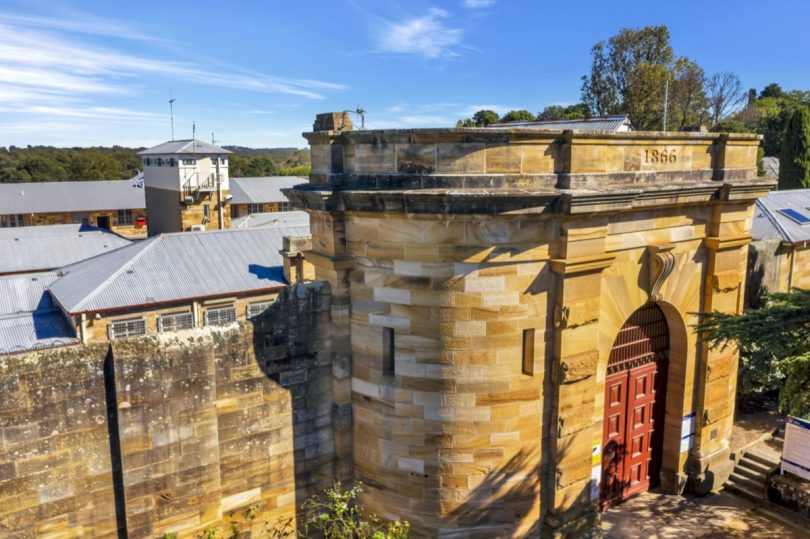 The former Berrima Correctional Centre is up for sale. Fancy this imposing sandstone entrance to your new hotel, Airbnb or conference centre? Photo: Colliers.

Fancy staying in a historic sandstone residence in the heart of the Southern Tablelands with 60 rooms to choose from on a near two-hectare site, complete with tennis court, industrial kitchen, commercial space and absolutely no worries about security?

Well, the NSW Government may just have the joint for you.

It has just placed the former Berrima Correctional Centre on the market.

Nick Estephen from selling agent Colliers says although it is ironic, Berrima was “a beautiful jail” with its handmade sandstone construction.

He says it is unusual to sell such a unique property, but since Colliers put it on the market last week, there has already been widespread interest across Australia. 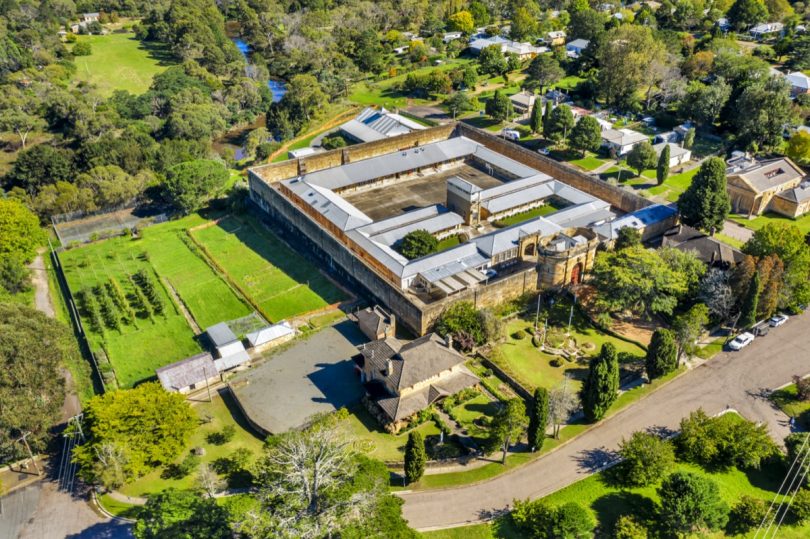 The aerial view of the former Berrima Correctional Centre shows the size of the two-hectare site. Photo: Colliers.

“It has so much potential,” says Nick. “We have received more enquiries about the jail than we have had for almost anything else so far this year.

“Because it is so unusual, it gives such exciting potential for a buyer. Yes, the bedrooms are small, but it could be incorporated into hotel accommodation of some kind – maybe an Airbnb or a lifestyle recreation destination with a retail centre, maybe even a brewery.”

We’re guessing a brewery would have been quite a hit with the property’s former residents.

Nick says repurposing the property would provide a significant social, economic and cultural boost to the local Southern Highlands community, which is already a popular destination for visitors from Canberra and Sydney.

Berrima Correctional Centre was decommissioned in 2020, with the NSW Government deeming it no longer required for use, hence its sale. It had operated as a jail from 1839 until 2011, with only a few breaks in between.

It was reopened in 2016 to provide additional accommodation to the NSW prison population, housing 75 low-security inmates.

Originally built between 1835 and 1839 from local sandstone, the jail was constructed by convicted London joiner and carpenter James Gough, who obtained a conditional pardon in 1821 to build the jail with much of the construction work done by convicts in irons. It was built at a cost of around 5000 pounds.

During World War I, it was used as a prisoner internment camp by the Australian Army. Between 1944 and 1949, it was rebuilt by prisoner labour at a cost of 18,000 pounds, with only the original outer walls and entrance of the old jail remaining. 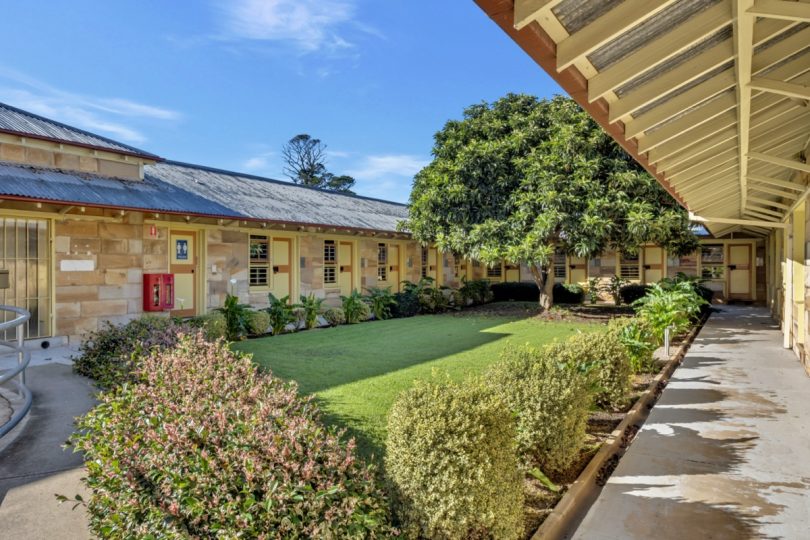 Rarely seen until now, the inside of the former Berrima Correctional Centre shows the widespread use of sandstone and well maintained gardens. Photo: Colliers.

Today, the former jail is listed as a NSW heritage site and is currently zoned for SP1 Special Activities (Correctional Centre), which means it will have to be rezoned, or go through a development application process, depending on what the new owners plan for the site.

Apart from the small bedrooms and impressive security via the watchtower, there are also two historic cottages onsite. Additional commercial space is also available, along with an industrial shed and offices which had previously been used by guards.

Photos provided by Colliers show rarely seen internal photographs of the complex with its well maintained landscaped areas and extensive use of original sandstone.

Berrima Correctional Centre is offered for sale by expression of interest, closing on Friday, 26 November, 2021, through Colliers.

fingers crossed it does get reopened as a brewery or accommodation, or both