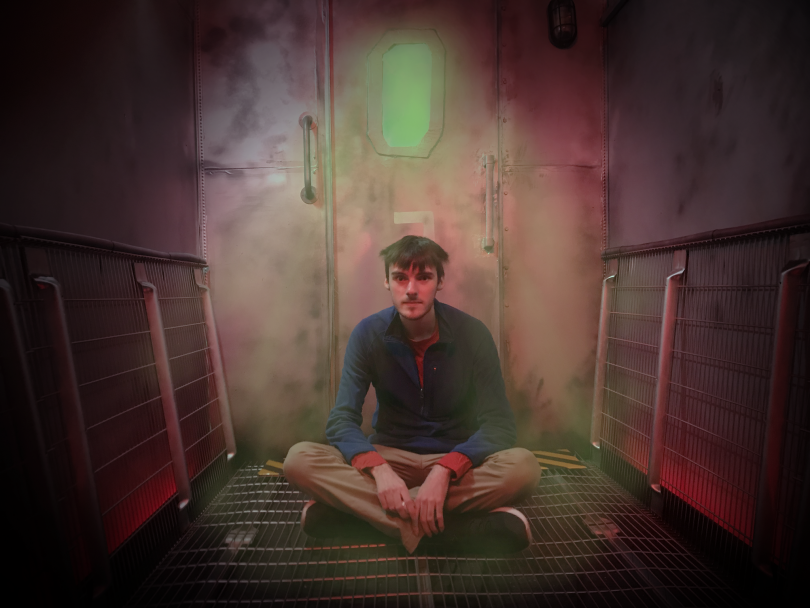 Carl Emmerson on the set created for his film, Airlock. Photos: Sanguineti Media.

A young Canberra filmmaker with autism is a finalist in one of the country’s richest short film awards, with a sci-fi entry called Airlock.

Nineteen-year-old Carl Emmerson’s entry for the NOVA Employmen 2018 Focus On Ability Short Film Awards tells the story of the only survivors of an alien attack. When their attempts to keep the alien from escaping are seemingly thwarted by an unexpected workplace revelation, they must overcome their insecurities by working together to get rid of the alien monster once and for all.

Carl says that as a big sci-fi fan, it felt almost natural to make a workplace drama set on a space station, working to a brief that fits with the purpose of the awards to encourage filmmakers to focus on the ability of people with disability.

“The idea was to tackle the challenges that arise from having a disability in the workplace, in particular being uncomfortable sharing about how that may affect their performance, which is a genuine workplace problem, disability or otherwise,” he said.

The awards are celebrating their first decade, and over $175,000 in prizes is up for grabs.

Based in Australia, this year’s FOA competition hit a record number of 297 entries, including 131 school entries and 63 international films. Following successful screenings last year in New Zealand, New York, Zimbabwe and Malawi, this year the competition received entries from a record number of 26 countries, including, for the first time, Pakistan, Iran, Hong Kong and Tunisia. 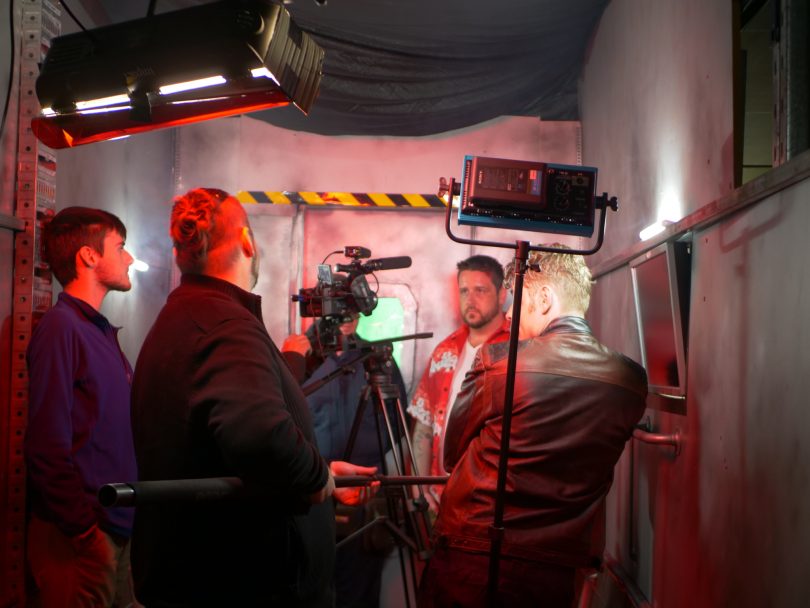 Carl and the crew on set.

Co-producer Daniel Sanguineti from Sanguineti Media, who has been mentoring Carl for the last two years, said it was pretty exciting to see Carl’s final vision up on the screen and the film had been a great experience for everyone involved.

“The film really became the spirit of what focus on ability was all about,” he said.

Daniel said the project had been a big learning experience for Carl, whose autism meant he had to do some things differently, and required support to bring his idea to the screen.

“He already had a high level of understanding of storytelling and film. It was more about organising his ideas in the right order and getting them to be something that could work well on film,” Daniel said.

It was Carl’s idea, he wrote much of the dialogue and action and even helped design and create the set.

“As a director it was his vision, how he wanted to see things on screen. I took the approach that I take on any other project I work on. I briefed the cast and crew on how Carl has a different way of expressing his vision, it took a bit more time but it wasn’t any different to any other film I have worked on,” Daniel said.

“Carl wants to prove himself – he has a big vision and that’s what excites me about working with him.”

For Carl, it has been a “whirlwind journey, but I owe much thanks to the incredible team of creative people that Dan assembled to assist me in reaching my vision”.

Voting started on 20 June and concludes on 3 July. To view the film and vote go to http://www.focusonability.com.au/

Voters go in the running to win a $50 iTunes voucher, but you can only vote once in each category. The six categories are:

Winners attend a red-carpet event at The Concourse in Sydney on 5 September 2018.