Young women, take the lead! A festival of empowerment 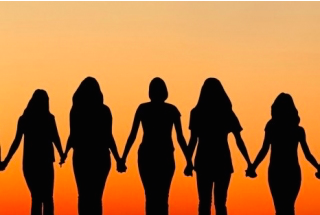 Career paths for young women can still be challenging after all these years: Image: Supplied.

If the last year in politics and public debate has shown young women anything, it’s that the path towards the career of their choice can still be filled with challenges.

Close to the third decade of the 21st century, there is still a visible gender pay gap that has barely moved, concern about how few women sit on the government benches in Federal parliament and an unfolding social tsunami about the prevalence of sexual harassment in the workplace. Still a real thing, then, after all these years.

On Tuesday May 21, the ANU’s Gender Institute and Silverstone Edge, who work in change management, have partnered for a day-long workshop and festival called Young Women Take the Lead! The idea is to create a platform for young women that enables them to connect with potential mentors and role models from a wide range of career paths.

Women who have had successful careers in politics, law, technology and journalism will be speaking individually and at round table discussions with a specific focus: for example, a round table on the future for young women in politics and another on diversity and leadership as well as performances by women artists and opportunities for networking throughout the day.

It’s based on the premise that empowerment should start at the beginning of your career and to that end there is an emphasis on interactivity. Often starting with high expectations about the world of work, the size and unexpected nature of workplace barriers for young women who may have always been high achievers during education can come as a huge shock.

It’s been designed to cover multiple disciplines and to enable young women to establish contact for mentoring relationships and networks in their chosen fields in a way that generates confidence and support for career paths.

The Young Women Take The Lead! Festival happens at the ANU on Tuesday 21 May from 9 am – 5 pm at the Drama Theatre, Kambri University Ave, Acton.

Bridget Trussler - 37 minutes ago
My son many years ago went head into the pole. Please get rid of it before someone is killed...... View
Claire Anderson - 2 hours ago
Daniel, the newer ones really do stop way WAY more abruptly. I too rode the old ones with help of people pulling and never go... View
James Coleman - 2 hours ago
Hi Kane P-s and Bec Lester , the journalist behind the article here - just about to send you each a DM concerning your storie... View
News 13

chewy14 - 59 minutes ago
Kenbehrens, "potentially safer". We are all "potentially safer" if we never leave the house either, but luckily most of us un... View
JC - 1 hour ago
Chewy in this instance it is NSW who is doing something different and did so without consulting or advising the ACT who is im... View
chewy14 - 1 hour ago
You do have to laugh at their statements about "being more comfortable" with further changes because of the high Vax rates. T... View
Opinion 85

jorie1 - 1 hour ago
Hi Assiduous, I do agree that $500 per week is a lot of money - but the majority of that money goes to the ACT government in... View
assiduous - 1 hour ago
$500 per week is not low - it is enough to build a modest detached family home every 10 years. It is a reflection of Australi... View
Peter Jovanovic - 4 hours ago
So if it all gets too hard for the parasitic landlords and their parasitism isn't as lucrative as they hoped they'll just dem... View
Property 11