This weekend’s highlights include the multitude of beer available at the venues and events for Beer Week, the French twist that comes with Telopea Park School’s Le Grande Fete, and the Jewel of Old Bus Depot which transforms the markets on Sunday into a jewellery-lover’s heaven. 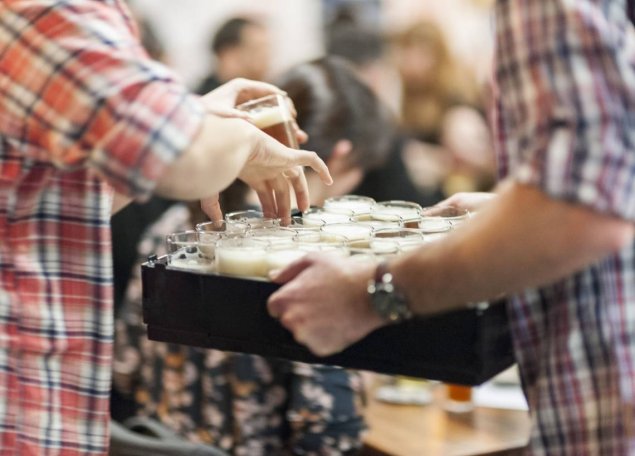 Beer Week
Beer Week continues across the weekend, with a large portion of Saturday dedicated to Beer Day Out, held at the Old Bus Depot Markets from 12pm. Beer Day Out will showcase over 30 Australian and international craft breweries, alongside the opportunity to taste different beers, learn more through the information sessions and be in with a chance to win some interstate trips. For details of all venues taking part, all events taking place, head over to the Canberra Beer Week website. 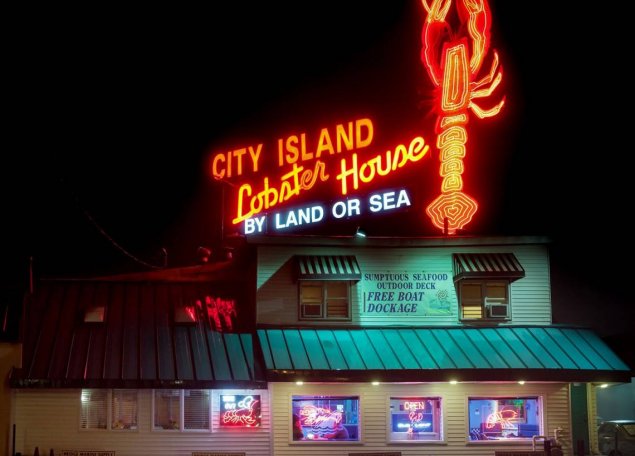 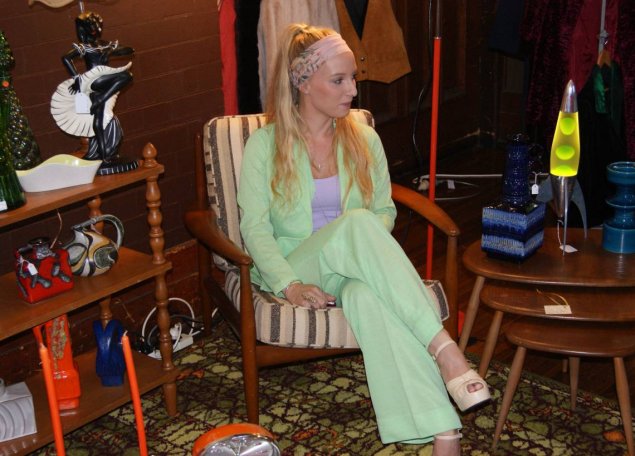 Frock Up
Canberra’s original vintage fashion event is on this year at Albert Hall. With over 200 years of fashion, fashion accessories, jewellery, fashion art, textiles, buttons and bows and linen and lace there is sure to be something just for you. Tickets are from $12, and the event starts at 10am on both Saturday and Sunday.

2015 BBC British Film Festival
The third annual British Film Festival continues this weekend at Palace Electric. This weekend features Knives, described by Variety as “a knives-out music-business satire of nuance-free nihilism,” focusing on 1997 when Britpop exploded into the music scene; A Matter of Life and Death is a romantic fantasy tale is set in 1940s England during the Second World War, and was voted as the second greatest British film of all time; and 45 Years that is a study of relationships which won Edinburgh International Film Festival’s top award for best British feature film. Tickets and more information at available at the website. 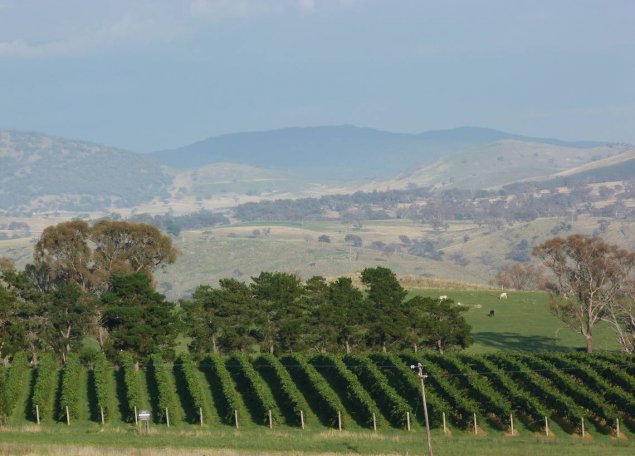 Hills of Hall Spring Festival
The three wineries of the Hills of Hall district (Brindabella Hills, Pankhurst Wines and Surveyors Hill Vineyards) are celebrating spring and offering live music, delicious food and fresh new release wines during their Festival this weekend. Visitors to the three cellar doors will enjoy a wide range of wines and stunning scenery. Pankhurst Wines will offer a Turkish themed lunch matched with wines and live music from local jazz musicians, amongst the vines and hills, 12-3pm both days. Phone or email bookings are advised.

Fix and Make Market
Nishi Gallery in New Acton are introducing their Fix and Make program with a market of “live making” from 10am. You can invent an instrument, whittle long-life chopsticks from salvaged wood and make ad hoc camp furniture. The food market will be stocked by local businesses in the immediate area including: Monster, A. Baker, Parlour Wine Room and Mo?an & Green Grout. This is an all-ages, free event.

Silvery Moon Festival
Taking place on the shores of Lake Tuggeranong (now inside the Tuggeranong Arts Centre due to the chance of rain), a festival of live music, bush dancing, and artistic talks begins at 1pm on Saturday. The true highlight is the installation art that will be set on fire at 7pm. For full program details, head to their website.

Save the Sumatran Tigers
The Eastlake Football Club is holding a trivia fundraiser on Saturday night to raise funds for International Tiger Project, which aims to help save Sumatran tigers from extinction. The night starts at 6pm. 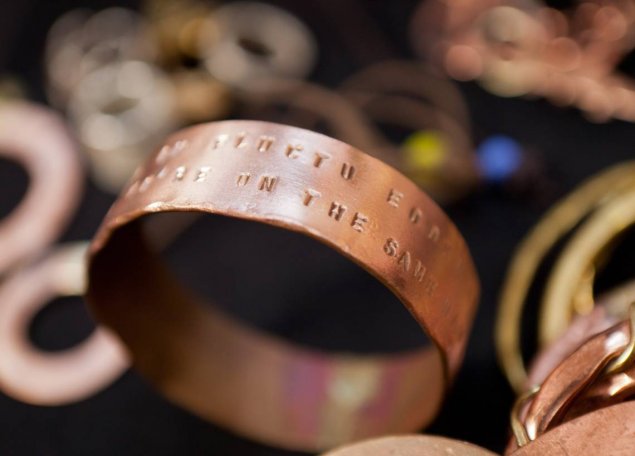 Jewel of Old Bus Depot
The Old Bus Depot is transformed into the inside of jewellery box this Sunday from 10am. Some of the region’s best jewellery designers and artists will be selling their wares with pieces made from silver, recycled metal art, pearls, precious and semi precious stones, resin, glass, ceramics and much more.

Festa Italiana in the Embassy Garden
On Sunday, for the very first time, Italian Ambassador Pier Francesco Zazo and his wife Svetlana will open the grounds of their residence to the local community. Located at 78 National Circuit Deakin, the embassy gate will open at 11am and close at 4pm. A great variety of Italian food and drink will be available and luxury Italian cars will be on display.

Children of the 1860s
Hear Sarah Engledow, Historian at the National Portrait Gallery, bring together a scintillating assortment of Australians whose careers flourished through the period 1895 – 1925. Bookings are essential for this 2pm talk.

Going to something we missed? Let us know in the comments.

The Progressive Canberra Summit is this Saturday from 9am to 4:30pm at the National Gallery of Australia. More information here: http://progressivecanberrasummit.org.au/

beer week will lead us to a hangover weekend !

Capital Retro - 6 hours ago
The "science" is yet to be proven. The main "tool" they have is computer modelling which can be contrived and most scientists... View
MERC600 - 9 hours ago
@maya did you receive your free roof insulation from that kind Mr Rudd ? Perhaps now with this insulation your hoose is a lit... View
Futureproof - 11 hours ago
There's science and there's follow the money science, like the great scientific mind of school drop out, Greta Thunberg, alon... View
News 62

Marisa Navarro - 8 hours ago
Linda Navarro i’ll just keep them! View
Bek Clark - 9 hours ago
Lucinda it depends on the category; and while it was a different specialty I can confirm, private specialist consult with a d... View
Paige Johnson - 10 hours ago
Why though? Shortage of staff/surgeon? I’m genuinely curious to know why. View
Community 3

Alan Giles - 9 hours ago
Lived here on and off throughout my Navy career for the past 20 years. Ended up now in Jerra. The place has certainly changed... View
Futureproof - 10 hours ago
Looked at a 3 bedroom, ex govvie house in the ACT in the mid 2000s. Looked in QBN and bought a 5 bedroom house that was only... View
Jeremy Lepisto - 11 hours ago
I have been referring to Queanbeyan as 'Dreambeyan' since I moved to town in 2009. I don't know that anyone used the term pri... View
What's On 4

liljane - 15 hours ago
If you’re talking about ActewAGL being owned by China that is not true. I was stopped by origin a few weeks ago who were wa... View
chewy14 - 15 hours ago
Capital Retro, Hmmm, it's almost like we have a National electricity grid that goes beyond the ACT. Strange huh.... View
Business 1