Most business owners would have almost certainly not faced a year of challenges quite like 2020.

The year roared into existence on the back of bushfires and then spluttered and stalled in the face of COVID-19.

Through it all, businesses adapted, evolved or fell by the wayside.

Take a look back at some of the winners and losers in business in 2020 for Canberra and the surrounding region.

It’s been a tough year for newspapers, with Australian Community Media closing print sites and pausing production on a number of regional titles.

While some of the newspapers have returned to the shelves, the presses at The Canberra Times have been permanently silenced. 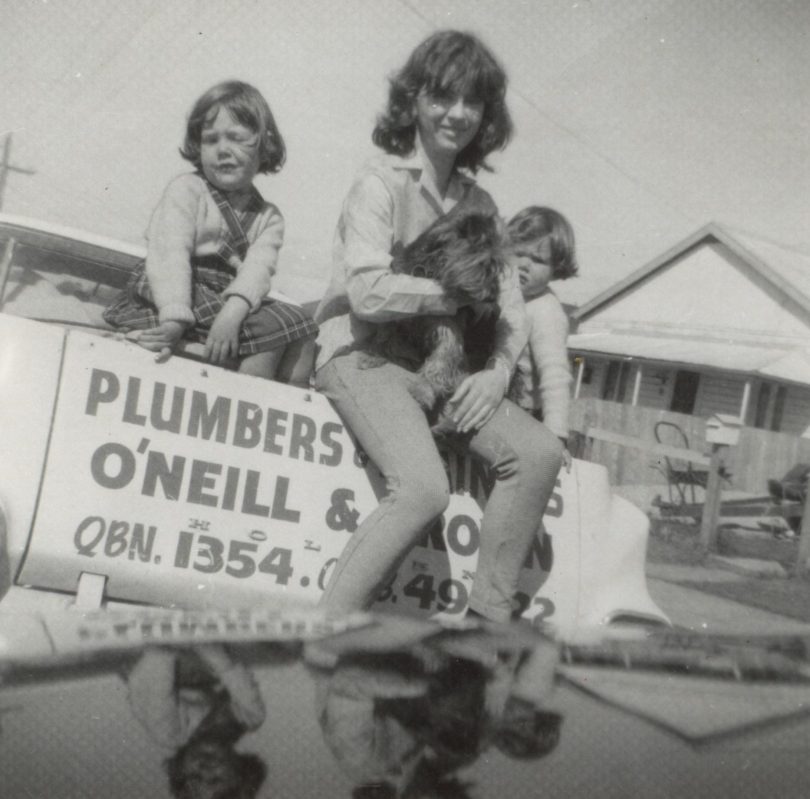 From their early days in Queanbeyan, O’Neill & Brown Plumbing has grown to become one of Canberra’s biggest plumbing companies. Photo: Supplied.

What’s the secret to staying in business for 50 years? Ask Tony Pantano from O’Neill & Brown Plumbing and he’ll tell you the answer is simple: make a commitment to deliver the best job possible.

It has certainly paid off for the family owned company, which has evolved from modest beginnings into one of Canberra’s largest plumbing companies. 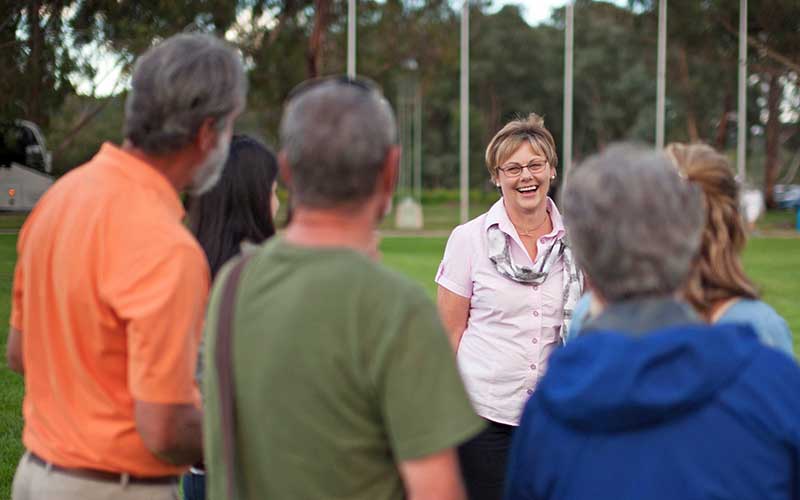 Marg Wade with a group of tourists on her bespoke Canberra Secrets tours. Photo: Supplied.

Frustration with how outsiders denigrate Canberra prompted Marg Wade to write a book about our city’s secrets, then launch a bespoke tourism business. She’s netted three major awards and commendations in six months while doing something she loves with a passion. 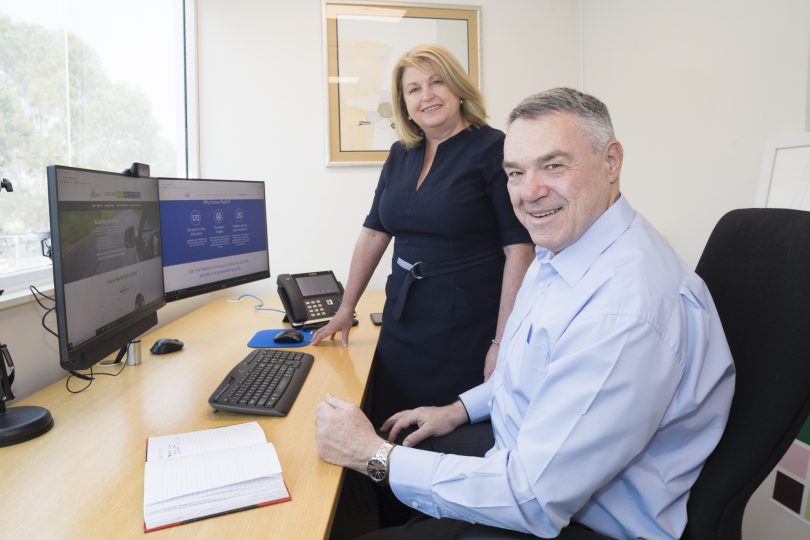 Meet enterprising Canberra couple Maria and Ian Lindgren. The duo is the driving force behind PayMe, one of Australia’s leading contractor payroll and salary packaging consultants.

While they founded the firm in the face of misfortune, it rapidly gathered pace, experiencing a turnover of $600,000 in its first six months, and $9 million in its first financial year.

8. Canberra architect has a focus on the future and it fits him to a T 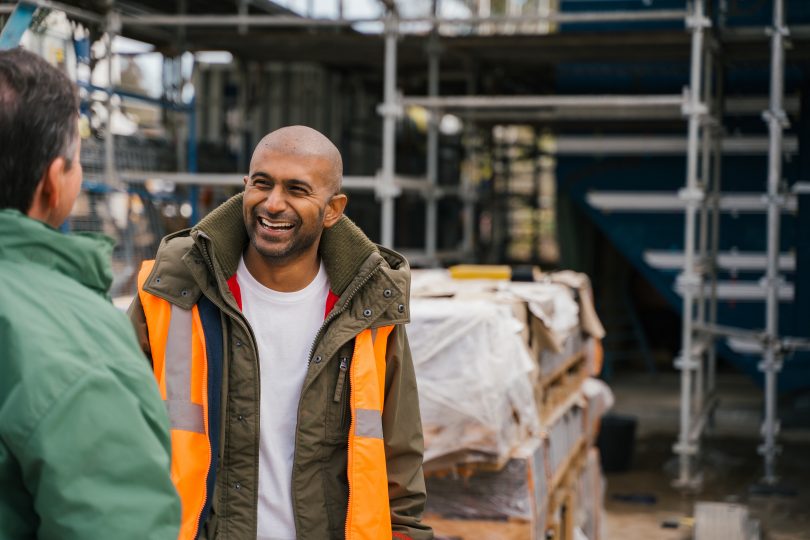 What do the Canberra Raiders, T-shirts and architecture have in common? AJ Bala from DNA Architects, a multitalented modern architect with a passion for his city and a focus on the future.

AJ’s family, originally from Sri Lanka, emigrated to Australia when he was just three. The young family settled in Canberra and, as AJ recalls, his father wanted to fully immerse the family into the Australian way of life. Deciding sport was the way in, he chose the Raiders and rugby league as the family’s new interest.

7. Sunita Kumar is Canberra’s Business Woman of the Year 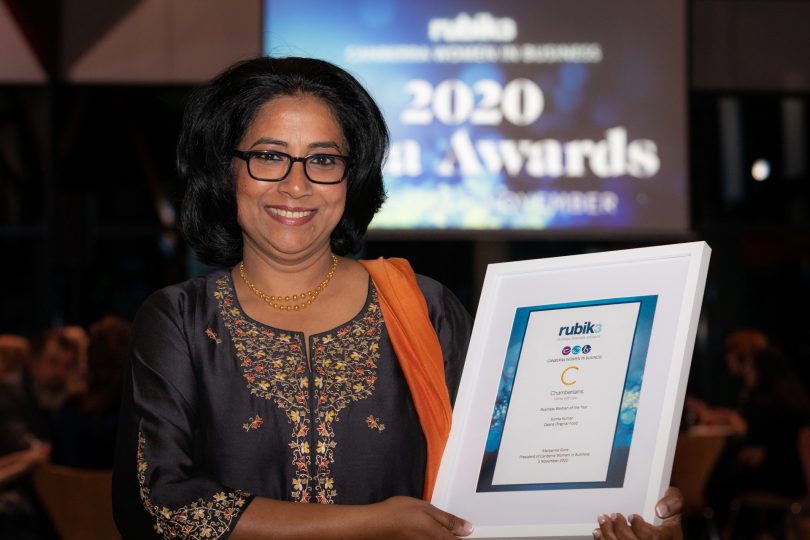 Determined and resourceful, Sunita Kumar is the co-owner of Daana restaurant in Curtin. Photo: Region Media.

Sunita Kumar has come a long way from a restaurant in a shipping container to being crowned Canberra’s Business Woman of the Year.

“The application process was a real learning experience for me,” she said. “Running a business, you get so caught up that you don’t take time to recognise all the ups and downs and the things you have sacrificed and gone through to grow a business.” 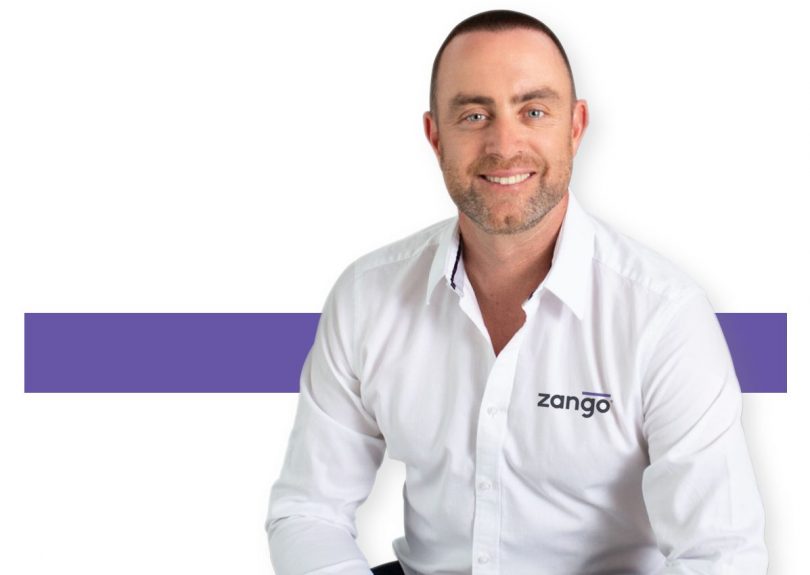 McRae left REA as its third longest-serving employee, and he is a 19-year veteran of digital real estate marketing. It was the challenge presented by Zango as an innovative startup that drew him to the new role.

5. Best friends at work: The rise of Canberra’s office dogs 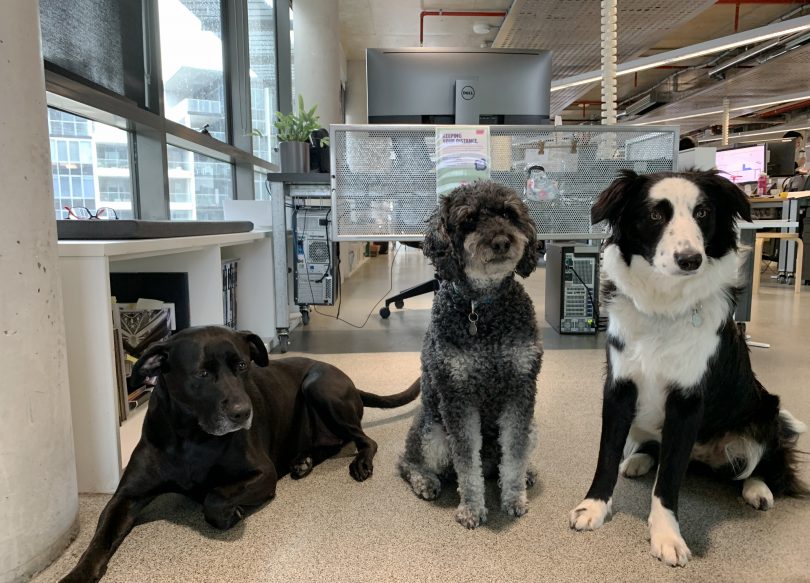 It can be a ruff life and everyone feels better after a pat so why not take your pet to work? Region Media (and our head of HR, Mr Smiggle) met some of Canberra’s growing tribe of office dogs. 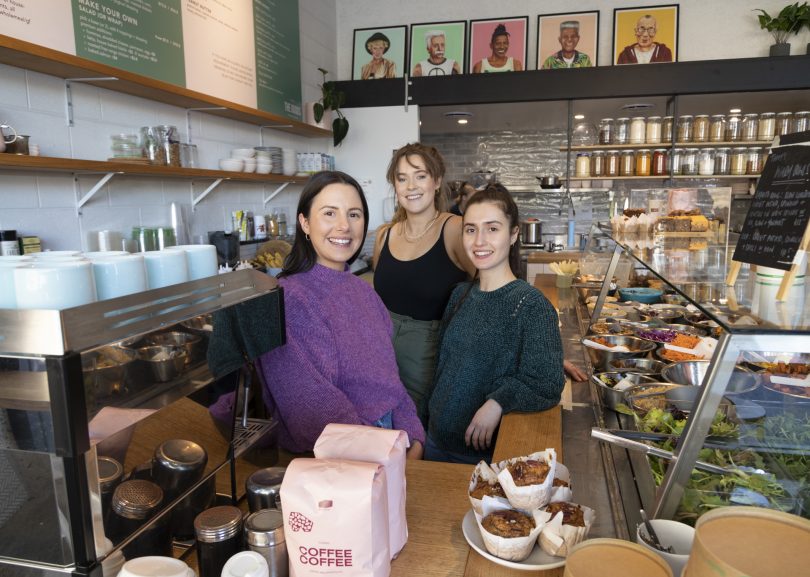 Not to be defeated by COVID-19 lockdown, many Canberra businesses banded together and evolved their practices to survive the downturn in trade. 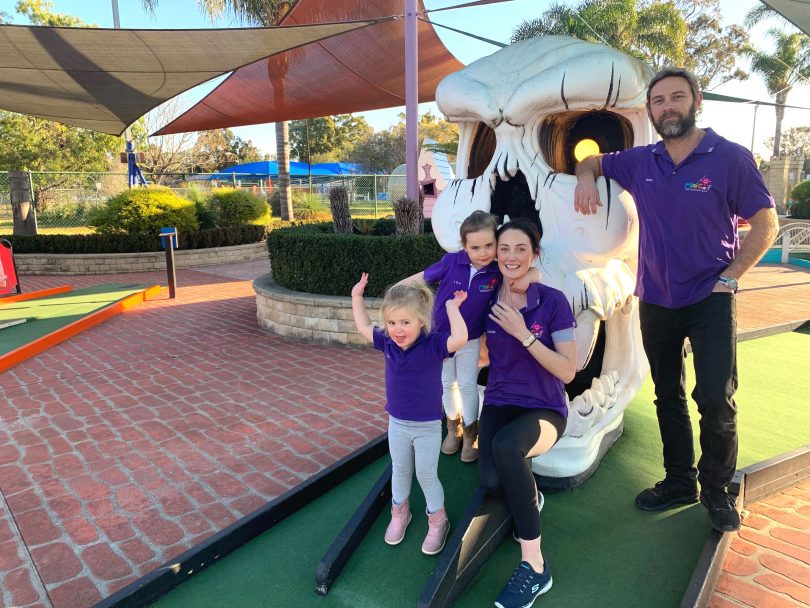 The Batemans Bay Mini Golf Centre was a hit with visitors and locals for 18 years, but it was sunk by the Batemans Bay Indoor Aquatic Centre development. When it closed on 6 September, 2020, the owner claimed there had been almost no consultation from Eurobodalla Shire Council regarding the move to make way for the town’s new $69 million aquatic, arts and leisure centre. 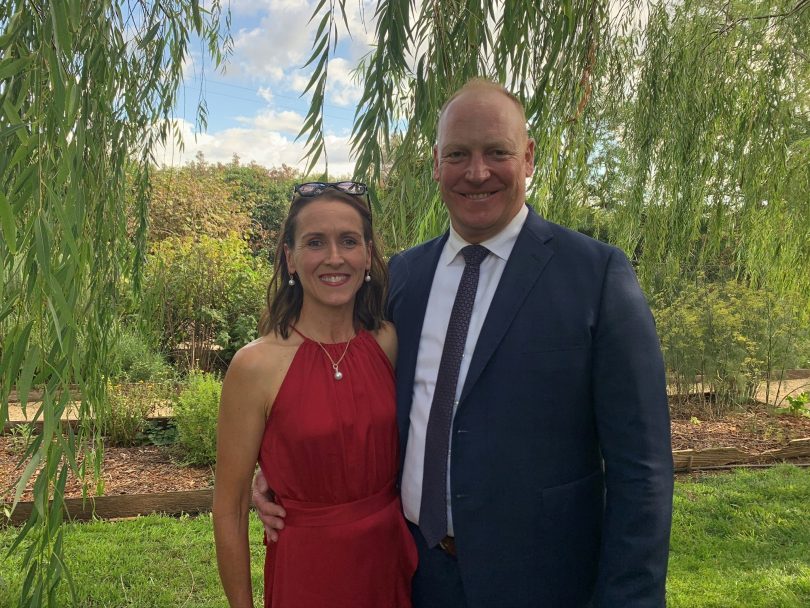 Meet Greg Boorer, the Canberra entrepreneur who proves it’s not where you start, but where you finish – and the good you can do along the way.

By his own admission, when he began studying for an information science degree at the University of Newcastle, Greg had never used a computer.

Now he is the CEO of a multibillion dollar technology company that he co-founded: Canberra Data Centres. 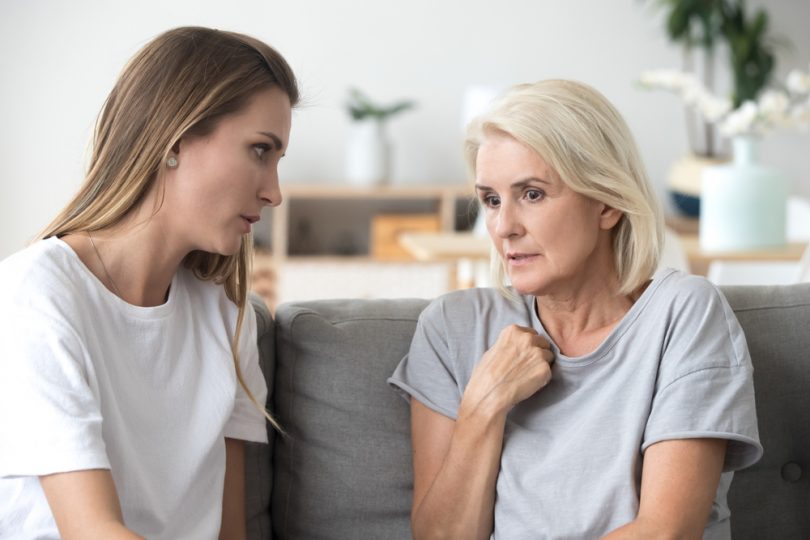 If children are living at home but not in full-time education, they will receive no pension benefit under PSS rules. Photo: File.

Conversations about superannuation usually involve the topics of returns, fees and the benefits of self-managed funds but rarely, if ever, is there talk about death benefits.

People spend the entirety of their working lives accumulating wealth for their retirement, but many of us don’t do much other than write a name and tick a box on a form about where that nest egg will go if we die before we get to spend it.

Have you thought about what happens to your super if you die? A Canberra mum had a tale of caution about providing for your children. 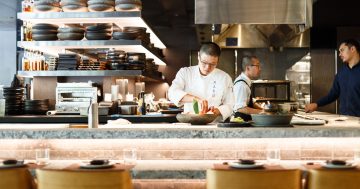