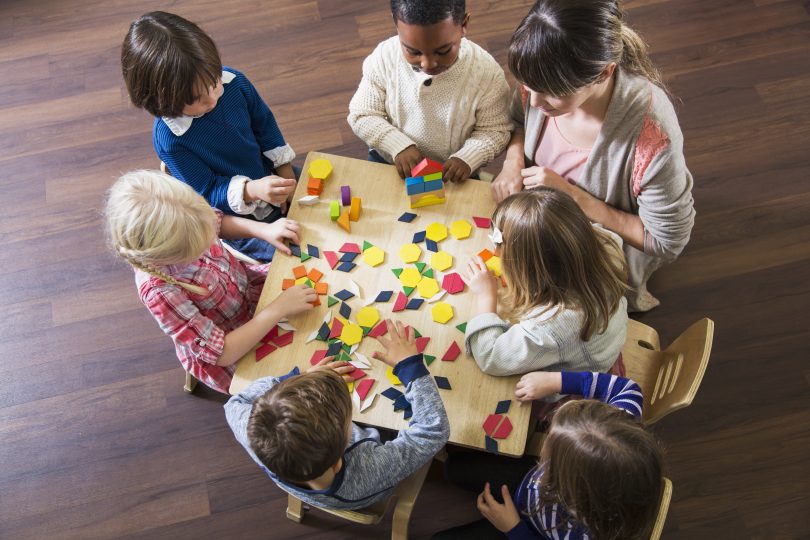 The ACT Government has announced a new program for pre-school education for 3-year-olds – but how do we implement it?

Last week, the Education Minister Yvette Berry announced that the ACT would move to introduce universal access to 3-year-old pre-schools, working towards ensuring that all Canberran children would be able to access two years of free, universal, quality pre-school education prior to starting formal schooling at primary school.

This is a big and welcome announcement. It is a significant enhancement to the current investment of universal preschool for 4-year-olds which has been operating through government preschools for many years and is highly valued by families. The move comes as a response to recommendations in a recent report commissioned by all state and territory governments: Review to Achieve Educational Excellence in Australian Schools through Early Childhood Interventions: Lifting Our Game, and places the ACT at the head of the pack in terms of responding to it. While the NSW Government has also signaled its intention to move ahead with the recommendation, their model sees out-of-pocket fees for parents which can create significant barriers to access – particularly for families from lower-socioeconomic backgrounds. In contrast, the ACT Government’s commitment is to provide this free and universally for all Canberra kids.

The evidence of the difference this can make to the lives of young people is overwhelming. Brain science has demonstrated that while we all have the ability to learn and adapt, the value of investing in the 0-8 age group is immense. As outlined in Lifting our Game, evidence suggests that experiences at preschool help children develop their vocabulary, communication skills, maths skills and problem-solving abilities, as well as the ability to concentrate, follow instructions and get along with others. Campaigns such as the Early Childhood Australia’s Everyone Benefits campaign are aiming to grow awareness around the fact that investment in these early years benefit not only individual children but the whole community, as we nurture the humans that will become our future scientists, doctors, artists and decision makers.

This is an investment that has long-term benefits. Some think that a lack of investment in early education may be the missing link in giving our kids the best chance in relation to their academic performance throughout their school years. Some believe this is one way to reverse the current trend which sees Australian students performance declining compared to their international counterparts, despite increased investment in school-based education. It is important to note that education investment for many of these countries start at 3 years of age. As outlined in Early Childhood Australia’s State of Early Learning Report, enrolment of Australian 3 year-olds in early education and care lags behind most other OECD counties – we are in the bottom third. Many other OECD countries have been funding free education for this age group for some time – the United Kingdom and Norway have been doing it for decades and our neighbours New Zealand introduced it in 2007 and now have almost universal attendance. While the idea has been discussed in Australia for some time, this is the first time we have seen a government commit to funding its implementation.

While some people worry that this would mean that children will be forced to start school too early, it’s important to understand how this type of education works. It’s not formal education but is instead play-based learning, delivered a few hours at a time, which is provided by qualified early childhood teachers who focus on cooperation, collaboration, self-regulation, communication and curiosity. Key elements include supporting social and emotional wellbeing and supporting children to learn how to engage with others. All these things have been demonstrated through research as particularly important things to focus on in this age group.

So, now that the goal has been set, the hard work comes about how to design the system in a way that supports families and children to access it. The current announcement is light on detail, and the Government has signaled the need for community consultation to design a system that can work for educational institutions, families and other stakeholders. There are some key issues to work out – including the need to work through how this form of education can integrate with the other child care arrangements that households have put in place to balance their work and personal lives, delivery in a way that isn’t too disruptive to the lives of young children, how to ensure the model is affordable – for parents and taxpayers – and the need to ensure that the care and education delivered is of the highest quality.

I think this a good first step and look forward to hearing the detail of how 3-year-old pre-school will be implemented. What do you think about investing in preschool education?

Anthony Briscoe - 14 minutes ago
Michael Wilson he is a brick wall View
Cleve Gabriel - 5 hours ago
Can’t see it happening ,he’s there for as long as he wants unfortunately. The shame of it all is that represents himself... View
Penelope Farnsworth - 6 hours ago
It tends to be hard to shift the one Labor one Liberal Senate pattern for the ACT View
Lifestyle 4