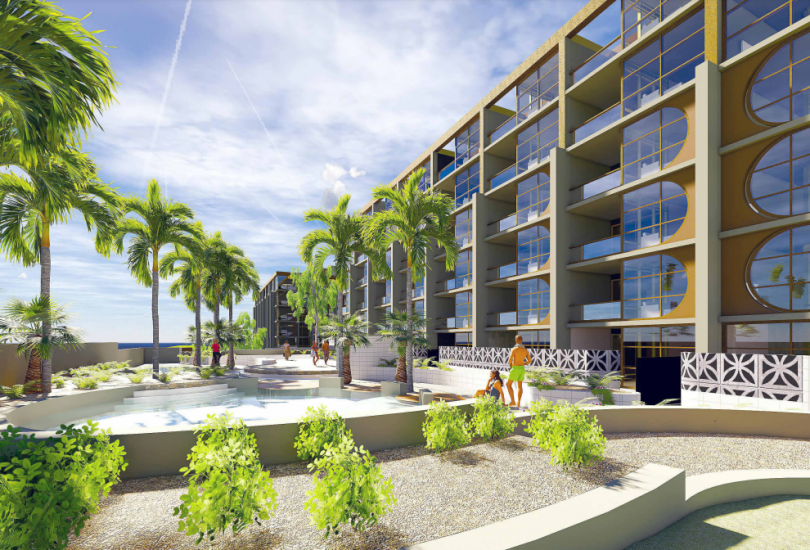 A resort-style development of more than 400 apartments across three seven-storey buildings has been proposed for Denman Prospect in the Molonglo Valley.

The three-block site towards the northernmost end of John Gorton Drive covers 17,736 square metres and is at the border between Stages 1 and 2 of the emerging suburb being developed by Canberra Airport’s property arm.

Dubbed Boulevard, the development is close to where the future Molonglo Group Centre will eventually be built.

Core Developments is behind this proposal, with architects Judd Studio and landscape architect Redbox Design Group providing the designs.

The three, seven-storey buildings will contain 410 dwellings in a mix of sizes and configurations, set among generous areas of landscaped communal open space including pedestrian boulevards, a rooftop community facility atop the central building, two swimming pools and gardens.

The DA says a series of Fresoarched portals break up the overall scale of the development and create character and identity for the precinct.

A separate DA has already been lodged for the basement areas where there will be 671 parking spaces. 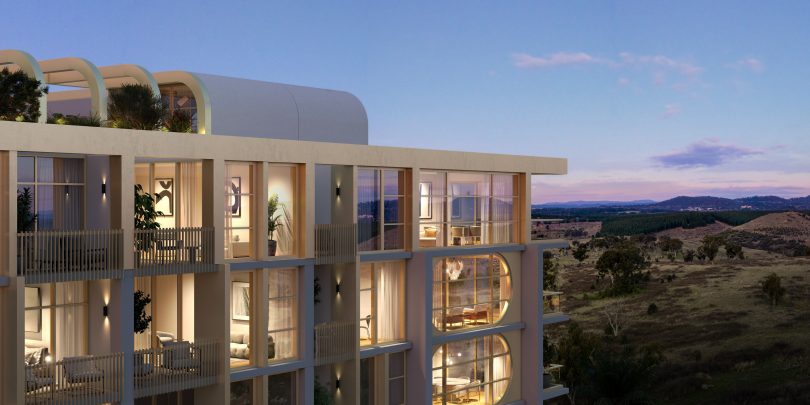 The view from Boulevard at Denman Prospect.

A Core Developments spokesperson said Boulevard would provide exceptional amenity to its residents, with different landscaped areas throughout the development catering to different activities.

“There are two swimming pools, one being a unique circle pool surrounded by grassed areas and seating,” the spokesperson said.

“The pool area brings a vibrant resort feeling to the development. There is also a rooftop area that has amazing views over the Molonglo Valley and towards the city, that offers a place to gather for barbecues and dining in both communal and private spaces.”

The spokesperson said each building was designed around a central landscaped courtyard that offers a tranquil place for residents to pass through or to stop and relax.

There were also two wide landscape pedestrian streets, reminiscent of boulevards, between the buildings.

“The architecture is texture-rich and draws inspiration from mid-century modern design,” the spokesperson said.

“Design elements such as the breeze blocks, ribbed concrete and arches showcase the building while the abundance of gold balustrades and window frames offer a balanced refinement, framing the amazing views from apartments over the Molonglo Valley and Black Mountain.” 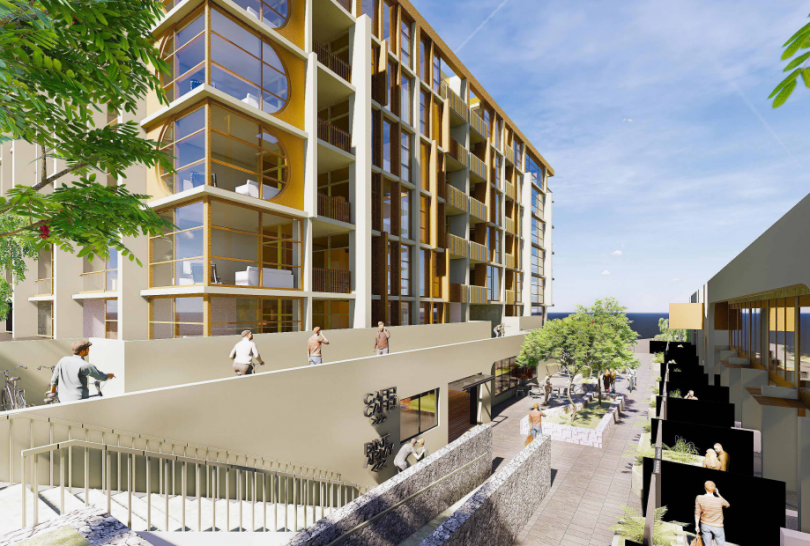 It had already attracted strong interest and selling will start in the coming weeks, the spokesperson said.

The Molonglo Valley Community Forum has welcomed the development’s commitment to green space and its adherence to the lease limits.

“It is pleasing to see a development of this scale provide a significant amount of communal green space with room for deep root planting,” said Forum representative Ryan Hemsley. “Equally welcome is the fact that it is within the maximum number of units specified in the site’s crown lease.

“Far too often in Molonglo, we have seen developers prioritise dwelling yield over building design and residential amenity, so this is certainly a step in the right direction.

“I am somewhat less convinced by the Miami Vice-inspired landscaping theme, with its numerous palm trees and pink flamingo statues, but ultimately, there is nothing in the Territory Plan that prevents them from going down that path.” 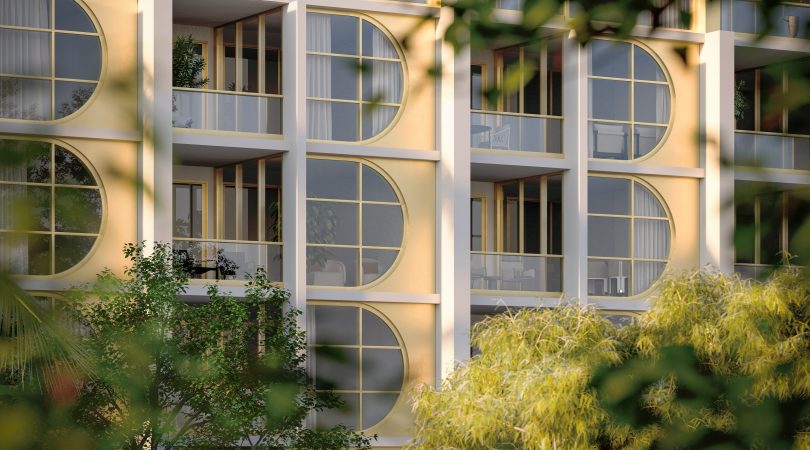 The development will have a distinctive design.

Mr Hemsley said the size of the development fits within the context of this part of the new suburb.

“The scale of this development makes a lot more sense when you realise the Molonglo Commercial Centre, with its shops, cafes, and community facilities, will eventually be located on the other side of the intersection,” he said.

“The Forum will continue to advocate for work on the Commercial Centre to be fast-tracked, as promised by the ACT Government at the last election.

“We need to ensure that residents of this development and others in the Molonglo Valley have timely access to a better range of goods and services than is currently available in our district.”