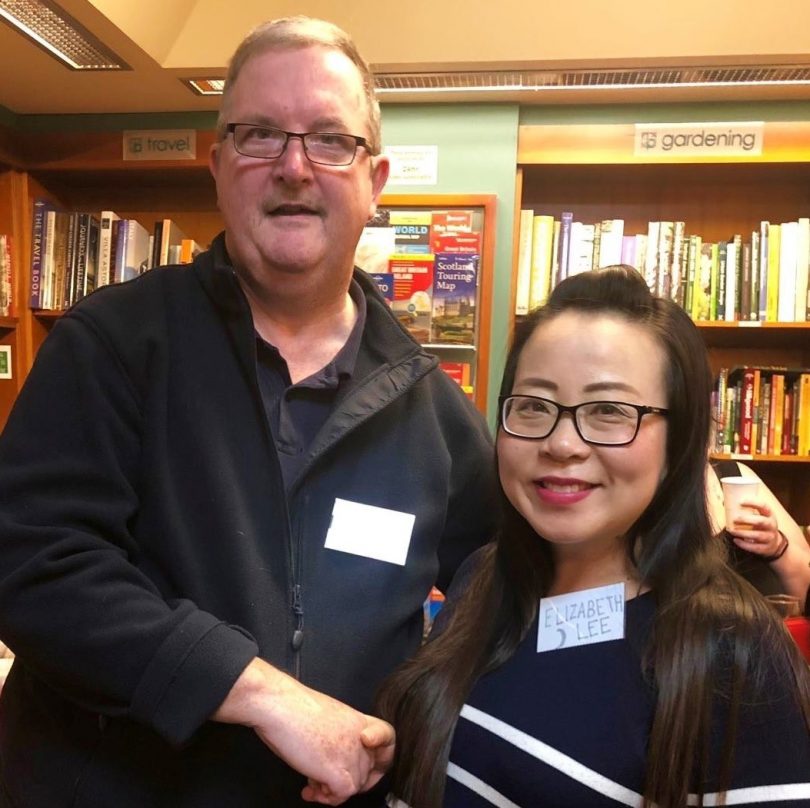 Launched at the Paperchain bookstore in Manuka, the author explained his own lived experience of mental illness from the inside, reducing stigma but also providing practical tips in achieving greater wellness.

A high functioning bipolar (like English actor Stephen Fry, only more cheerful), Andrew is a former journalist with The Courier-Mail and is a Canberra-based writer, editor and poet. Andrew also has Parkinson’s disease, though he claims being an ex-journo is often considered more debilitating.

“I wrote the book to reframe terms such as “sufferer” to create the term “insider”. While I will always be inside my illness, I do not “suffer”, except from the imposed stigma of the ignorant and uninformed,” Andrew said.

“To put into words just how crushing it can be to manage your life (even just getting out of bed each day) and your medications, especially if that results in weight gain, further depression and feeling like your soul and creativity have been ripped away.”

Andrew is proud to be a voice for those with mental health challenges.

“I belong to an Australian Facebook support site whose members want to read the book, not just for themselves, but so they can lend it to others and say, ‘this will help explain me to you’.”

The book was officially launched by Elizabeth Lee MLA, who gave an outstanding and even breathless reading of the opening chapter, “The Nightmare”, at the launch. The room was silent as she began to read:

“I was lost. A world existed around me but it progressively ceased to play by the same rules that seemed to apply to me…”

It’s the first glimpse the reader receives into the mind of Andrew Geraghty, and it becomes instantly clear why this book has resonated with like-minded individuals, desperate to not only navigate the complexities of their surroundings but also to make others understand what they are going through.

People who attended the launch were invited to ask Andrew questions in a facilitated, open setting. 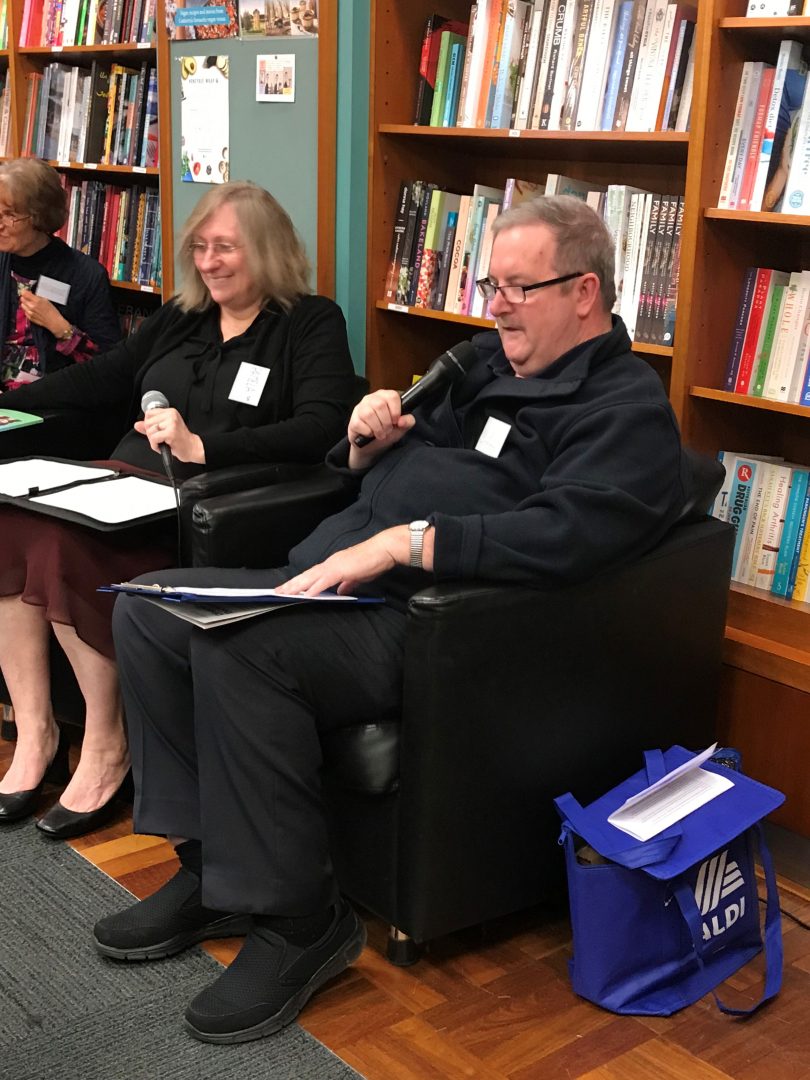 Andrew Geraghty at the book launch of Assault on the Mind.

“Boy, I found it hard to answer questions without tearing up – but the book reaches into almost half my life experience, illness and recovery, so it’s hardly surprising it means lots to me,” Andrew said.

While writing the book, some of the big surprises for Andrew were just how common mental health issues are (some 2 million Australians battle anxiety daily). He even picked up some useful tidbits of information on the way, such as:

“If you want to sleep better, lose your sunglasses [for melatonin production]”

“magnesium deficiency parallels many symptoms of bipolar disorder”, and

Andrew contributes to a better Canberra by being a volunteer Speaker for Beyondblue and as Secretary for the ACT peak body People With Disabilities ACT (PWDACT). 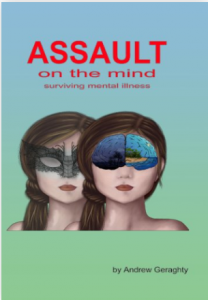 Assault on the mind – book by Canberra Author, Andrew Geraghty.

The book is available at Manuka Paperchain bookstore, and for sale online.

Steve Brinkman - 12 minutes ago
Margaret Freemantle she cant View
Jennifer Fraser-Brown - 11 hours ago
Yep try the Pfizer one - the rate of anaphylaxis caused by the Pfizer vaccine is higher than the rate of thrombocytopenia fro... View
News 5