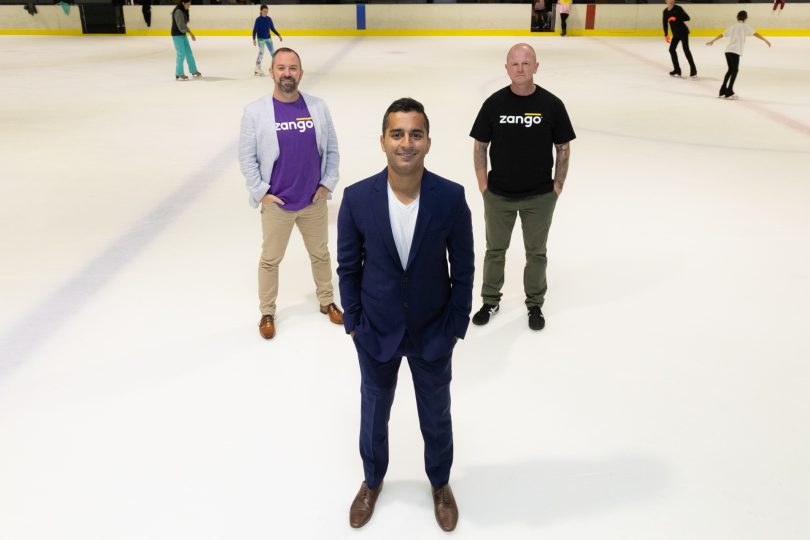 As survival stories go, ice hockey in Canberra is right up there as participation in the National League was threatened a number of times.

The Canberra Knights, established in 1981, had several rocky years before folding in 2014, only to be replaced by the CBR Brave.

The Brave, led by three of the city’s most progressive businessmen – Peter Chamberlain, Jamie Wilson and Warren Apps – emerged from these humble beginnings to be one of Canberra’s most successful sporting teams.

The bold ‘can do’ approach was rewarded in 2018 when the Brave became the first Canberra team to win the Australian Ice Hockey League title.

They are the ninth most successful team in Australasia.

In 2019, the Brave transitioned to a Canberra Cavalry/Brave management structure.

Things initially progressed well, but along came the bushfires, smoke haze, then COVID-19 to seriously impact both the Brave and the Cavalry. These unforeseen factors, along with the difficulties of managing through this challenging period, hit the financial bottom line hard and led to the demise of joint management.

The Cavalry collapsed, leaving the Brave in a difficult position.

The Brave are under a new management structure, with Sunny Singh taking over from Dan Amodio as the CEO.

To further bolster the Brave’s long-term viability, the three businessmen, who were instrumental in establishing the success of the franchise, have returned in an advisory capacity to strengthen the club’s sustainability.

Warren Apps says advice is being offered around management issues such as links to the business community and cost management.

“We’re assisting with sponsors, and thankfully, there is a strong sponsorship base. We are there to support Sunny, who is a very capable CEO and is doing a great job,” he says.

Sunny Singh says the new structure aims to ensure the long-term future of the team and everyone’s pitching in to help.

“The former Brave management offered to provide guidance around the current season as well as assisting us to ensure that we can transition to a new management structure,” Sunny says.

“Their guidance is invaluable and will help us deliver a successful season while building a plan that ensures the Brave continues to remain a dominant force in the Australian Ice Hockey League.”

The first hurdle has been crossed, with the team taking part in the new-look NSW/ACT-based competition this season.

The season effectively sees the Brave playing against NSW teams. This means the team has reduced costs with no flights and no imports. And the team is very much a local team, which has gained immediate success. The team has won their opening two games.

This Saturday night (15 May), the Brave return to the Phillip Ice Rink for their first home game since 2019 – and they’ll be doing so with a new sponsor.

Zango has signed on as major naming rights sponsor on the playing strip.

“When it came to our attention that the Braves ability to hit the ice this year was at risk, we didn’t hesitate in putting our skates on,” Zango brand and marketing manager Andrew Sherer said.

“Banding together with other like-minded local organisations who are equally as committed to preserving those unique parts of Canberra’s social fabric, particularly in COVID times, is an even bigger team we are incredibly thrilled to be in partnership with.

“We don’t know a thing about ice hockey,” Andrew concedes, “but what we do know is that the CBR Brave matters to thousands of local families across Canberra right now, and that’s reason enough for Zango to be Brave!”

Some might have thought it would not happen, but because of the community support, the loyalty of existing sponsors and the courage of new sponsors, and a determination to succeed despite the odds, the Brave is heading in the right direction.

Tomorrow night’s game is sold out, but to get your seats for future games, visit CBR Brave. To watch a live stream of the CBR Brave v Sydney Ice Dogs tomorrow on pay-per-view, visit Facebook.

Skye Luton. Is this a good thing… Is your guy involved??

Thanks for your support Zango ♥️

And a new strength and conditioning coach hey Jake Sbroja 😍

Darrell Watt we should go!

Emma Turner if you have never been to a game and wanting to, just heads up this year due to Covid, tickets to home games are very limited. Keep your eyes peeled to the CBR brave Facebook page when the small amount of tickets (most tickets are allocated to season members) go on sale a few days before each home game.
A bunch of years ago my wife and I decided on a whim to check out a game without knowing anything at all about ice hockey and were hooked after the first game with the speed, skills and atmosphere.