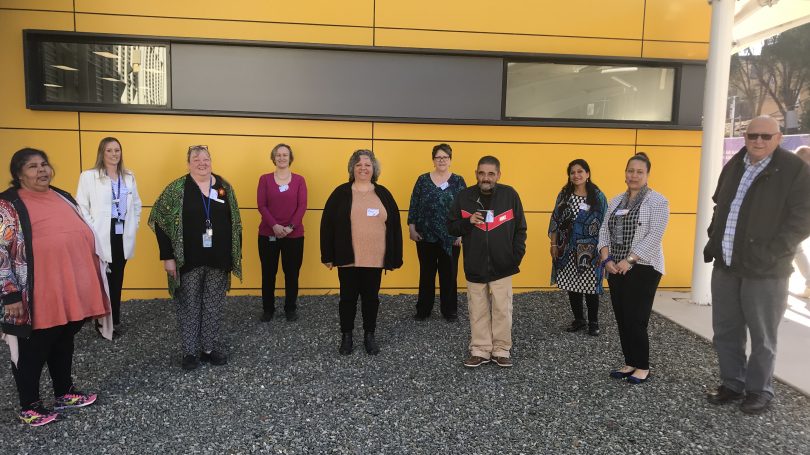 “I finally feel I’ve been heard”, says Joyce Graham, the manager of Canberra Health Service’s Aboriginal & Torres Strait Islander Liaison Service. “It’s been 14 years since I first proposed something like this, so it feels like we’ve given birth in a way.”

The consumers’ voices represent a community with significant health issues, but whose members have often felt that nobody is listening to their concerns, often with dire consequences for Aboriginal and Torres Strait Islander health outcomes.

Hayley Hoolihan, one of the advisory group members, agrees. The Nargun/Gugu Badun and Mittakodia woman from Northern Queensland says it’s a first to sit at the table and have a voice in decision making about Aboriginal health care in the ACT.

“We’re often asked what we need, but this time we’re not left out of the decision-making process whereas before, the decision had been made and we’d have to catch up,” she says.

For both women, the diversity of voices and experiences represented in the community group is vitally important. The advisory group includes representatives from the South Coast Aboriginal community, the ACT elected body, local community leaders and elders, health care service users and carers.

Hayley says that even walking into the hospital’s sterile environment can be a disorienting experience for many Aboriginal people.

“I’ll be blunt – a black face behind that desk would help”, she says. “The dancing and dot paintings are not all there is to us as a people.”

That’s an important reference point for Joyce as a health-care professional too.

“Sometimes you want to check that you’ve got it right,” Joyce says. “I’m an expert in who I am, a fair-skinned Aboriginal woman from Moree. Having other voices at the table helps me stay grounded and advocate for changes.”

She’s hoping that as the group finds its feet, it can also provide input and advice across the hospital system.

“They will be a voice within education, cultural awareness and models of care, making sure there is a cultural lens across many health issues,” she says.

The group is looking for an action plan around healthcare for their community that’s more grounded in practicalities than reconciliation alone. Yarning circles will begin later this year, and Joyce says Aboriginal staff working inside the system need support as well.

Hayley believes that appointing more Aboriginal staff is an urgent need to remedy the anxiety that often builds around dealing with unfamiliar settings and faces.

“There’s the vulnerability of being sick and then worrying about being spoken down to,” she says. “That all combines to put us in a deficit model from the start.

“They do a great job with what they’ve got, but this hospital alone has a variety of clientele from inland, and the south coast as well as Canberra, all with differing needs and communities. The staff would be run off their feet.”

In addition to building strong relationships and identifying barriers to health care, the group wants to build health literacy in the community and cultural awareness among Canberra Health Service staff. Cultural safety and access for Aboriginal and Torres Strait Islander patients and their families, and monitoring relevant community data are also high on the list of tasks.

“I say to people, come to the table and listen with your eyes, your ears and your heart,” Hayley Hoolihan says. 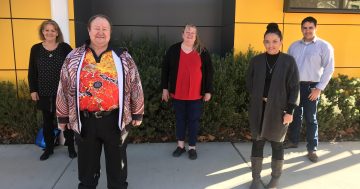