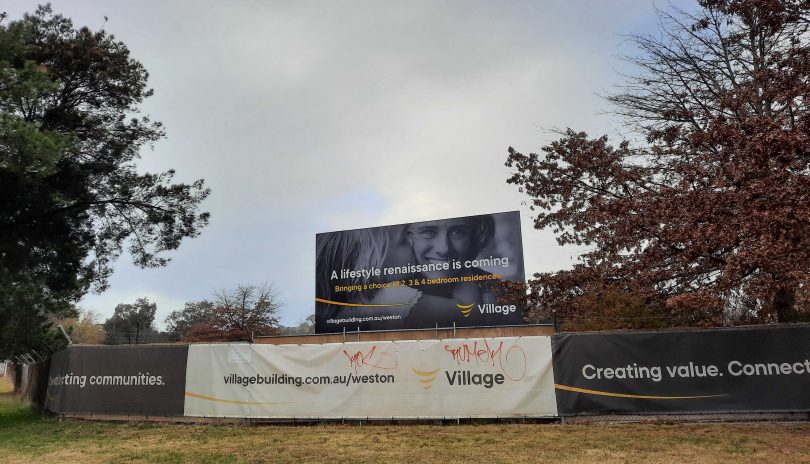 Village Building Company will go back to the drawing board for its planned housing estate on the former AFP site in Weston after the ACT Civil and Administrative Tribunal refused its development application.

Village had already amended its plans after a long public consultation, dropping apartment blocks, reconfiguring the open space and redesigning the road network.

The Estate Development Plan included a mix of 261 freestanding and two, three and four-bedroom townhouses and three linear parks instead of one central park. During the ACAT proceedings, the number of dwellings was cut to 258.

But despite lengthy legal argument about the meaning of intended use, desired character and significant vegetation in the planning rules, ACAT came down on the side of the planning authority regarding the number of dwellings Village wanted to build on the site. It supported the Conservator of Flora and Fauna’s view that the 69 trees, some 40 years old, should not be removed.

A disappointed Village CEO Travis Doherty ruled out going to the Supreme Court to further its case, saying the company would now abide by the umpire’s decision and work with the authorities to develop an acceptable proposal.

“We’re a resilient company and we’ve got to get on with it,” he said.

“There are a number of options we can go with that will probably result in a new DA. We’ll work through it and come back with something quite substantially different that really addresses the points made and concerns raised.”

Mr Doherty said this would mean more diversity on the site, including the return of low-rise apartments, which are in demand from downsizers wanting single-level living.

But despite the state of the market and intense demand for housing, Village said it would not rush development as it wanted to get it right.

Mr Doherty said the decision would affect the economics of the development, but the company had no choice but to get on with it.

“You work on a project you thought was going to take four years, and we’re four years in and haven’t even started, and now we’re going back to the drawing board,” he said.

“It puts enormous pressure on us. We’ve got to do the right things, get the right product and the right type of housing,” he said.

Mr Doherty said that, ironically, the company thought it was lessening the density by dropping the apartments and building townhouses.

But ACAT, in a decision handed down late on Friday, found the proposed subdivision was tightly planned and inflexible and the overall character of the development was “high density” not “medium density”.

It concluded that the development was ill-suited to its immediate environs in Weston Creek.

READ ALSO Have we got the development mix right in Gungahlin?

Village had argued that it was better to remove all but four trees to service and build the project and replant them later in more suitable locations.

But ACAT was unconvinced, saying the company had alternatives to clearing the block.

“We were not satisfied that there is no realistic alternative design or alternative construction methods that would facilitate retention of the trees,” it said. Also, we do not believe that retaining trees would cause a significant loss of profit, having regard to the increased amenity that the trees would bring. Some would regard the trees as a design opportunity, not a restraint.”

ACAT found that the proposal did not comply with a number of planning rules in the Estate Development Code and criticised Village’s approach to developing the site.

“Its focus was on a design that would, from a construction viewpoint, maximise development on the site,” ACAT said.

“In our view, there was no real attempt to engage with the substantive reasons for why others objected to the proposal or why it was refused. This was despite acceptance that a medium-density development can and should proceed.”

It seems ACAT will drag developers towards a 30% canopy coverage. When the ABC Flats were redeveloped 160 mature trees were removed and replaced with concrete. ACTPLA are still designing new suburbs where it is impossible to achieve 30% canopy coverage. Perhaps ACAT could help there?

Angelo
because the tram is Barrs baby he thinks he can do what he likes and he is supported by the greens Rat bury who couldn’t care less about the destruction of our inviorment. will be interesting to see how much inviramental damage will be done when they bring the money wasting tram to woden

But how many trees were removed on Northbourne Ave to make way for the tram. They were diseased but yet on either side of the road they are ok. 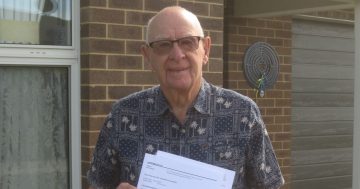